Don’t you just love movies like Bad Times at the El Royale that really have it all?

From crime and mystery to thrills and even a little dark, sardonic humor, this one has everything.

I absolutely love these types of movies, you know, the ones that keep you on the edge of your seat and also keep you guessing right until the very end. 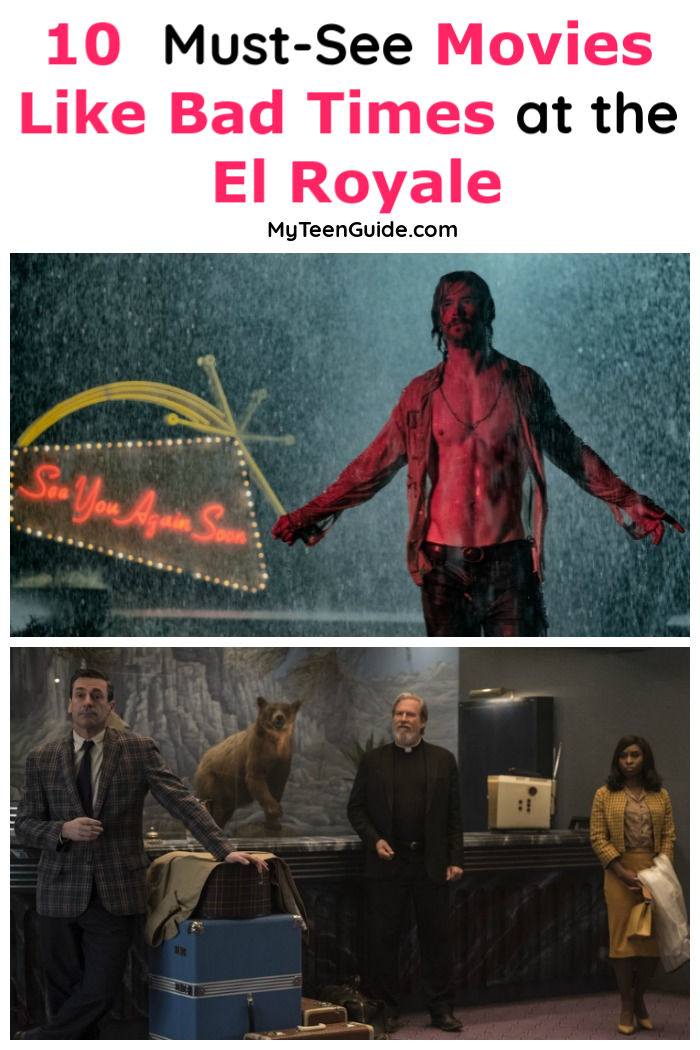 So, while you’re waiting for Bad Times at the El Royale to be shown in movie theaters, here are some other awesome movies for you to watch, all of which I absolutely love!

Check out the trailer, above,  for Bad Times at the El Royale, then read on for some of my favorite similar movies!

RELATED: 10 Amazing Biographic Movies Like Can You Ever Forgive Me

The Million Dollar Hotel is a 2000 drama, mystery, thriller movie.

Identity is a 2003 mystery, thriller movie. It centers on 10 strangers who are stranded together, at an isolated hotel, when a big rainstorm moves into the area. The strangers settle in and start to become acquainted with one another, until they realize that they’re being killed, one by one, by an unidentified murderer.

Crash is a 2004 crime, drama, thriller movie that was inspired by the real-life event, in 1991, in which Paul Haggis’ (director) Porsche was carjacked outside a video store in Los Angeles. The movie features characters whose stories intertwine over the course of 2 days in Los Angeles. The stories focus on loss, race and redemption.

Across the Hall is a 2009 horror, neo-noir, thriller movie. It features the story of Terry (Danny Pino), the unbalanced and unstable finance of June (Brittany Murphy).

Coherence is a 2013 mystery, sci-fi, thriller movie that combines an apocalyptic vibe with a mystery.

Circle is a 2015 drama, horror, mystery, thriller movie that was inspired by the 1957 movie- 12 Angry Men. In the movie, a group of 50 strangers wake up in a dark room, being held captive.

The Invitation is a 2015 drama, mystery, thriller movie. It focuses on Will (Logan Marshall-Green) and his girlfriend Kira (Emayatzy Corinealdi), who are attending a dinner party at the home of Eden (Tammy Blanchard), Will’s ex-wife and David (Michiel Huisman), Eden’s new husband.

Hotel Artemis is a 2018 action, crime, thriller movie with an amazing cast!

As you can see, there are some really outstanding movies like Bad Times at El Royale to keep you busy until the movie comes out! The hardest part is deciding which one to watch first!

Tell us: which of these films would you watch first? What are some of your other favorite movies like Bad Times at the El Royal? Tell us below!