These ten movies like Logan Lucky are criminally hilarious! Check them out and add them to your must-watch list now! 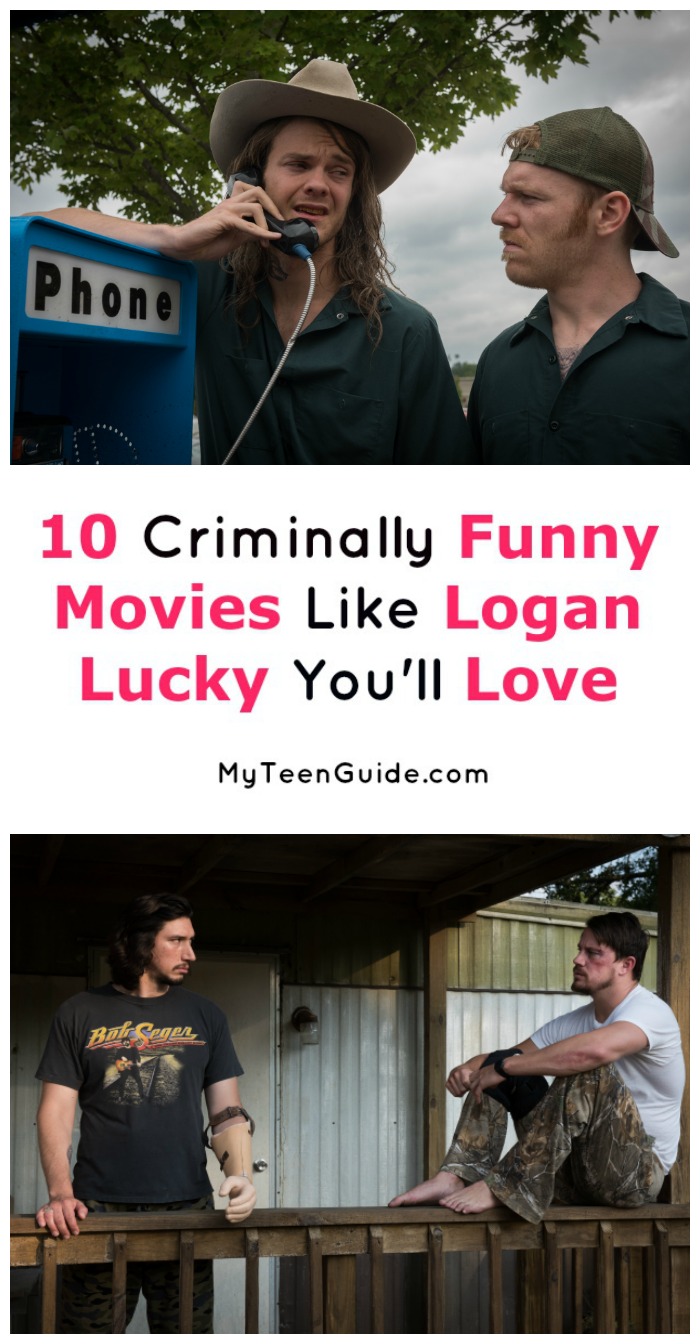 Logan Lucky is a 2017 crime comedy movie that will be released in movie theaters on August 18, 2017. The movie stars Channing Tatum, Adam Driver and Riley Keough, and it looks like it’s going to be a real blast! Watch the trailer, then read on to find other hilarious awesome heist movies like Logan Lucky!

Bandits is a 2001 criminal comedy movie. It features Joe Blake and Terry Collins, escaped convicts on a bank robbery spree, kidnap Kate Wheeler and both men end up falling in love with her. Bandits stars Bruce Willis, Billy Bob Thornton and Cate Blanchett.

Stealing Harvard is a 2002 criminal comedy movie about John Plummer and his buddy, Walter Duffy, who plan an array of capers, so Plummer can fulfill a promise he made to his niece, to pay for her college education, after she is accepted to Harvard University. Stealing Harvard stars Jason Lee and Tom Green.

American Hustle is a 2013 comedy crime movie that was inspired by ABSCAM, an FBI sting operation during the latter part of the 1970’s and the early years of the 1980’s. Irving Rosenfeld and Sydney Prosser, a pair of con artists, must set up a sting operation involving corrupt politicians, as part of a deal with Richard DiMaso, an FBI agent. American Hustle stars Christian Bale, Amy Adams and Bradley Cooper.

The Family is a 2013 crime comedy movie that is based on the 2010 French novel- Badfellas- by Tonino Benacquista. The movie focuses on the Manzoni’s, a mafia family, who is part of the witness protection program in France, make the decision to change their lives for the better, which is not as easy as they thought. The Family stars Robert DeNiro, Michelle Pfeiffer and Diana Agron.

Going in Style is a 2017 heist comedy movie that is a remake of the 1979 movie, of the same name. It centers on Willie Davis, Joe Harding and Albert Garner, three retirees who plan to rob a bank, after they discover their pensions were cancelled. Going in Style stars Morgan Freeman, Michael Caine and Alan Arkin.

Of these heist movies like Logan Lucky, I have to say that Ocean’s 11 is probably my favorite. It kind of makes me want to be a criminal mastermind! Well, in my imagination, anyway. I don’t look good in prison suit orange, so I’ll just stick to watching high crimes in movies instead of committing them!