Can’t get enough of Korean reality and variety shows like Running Man? We’ve found ten more hilarious shows that we think you’ll love! Check them out! 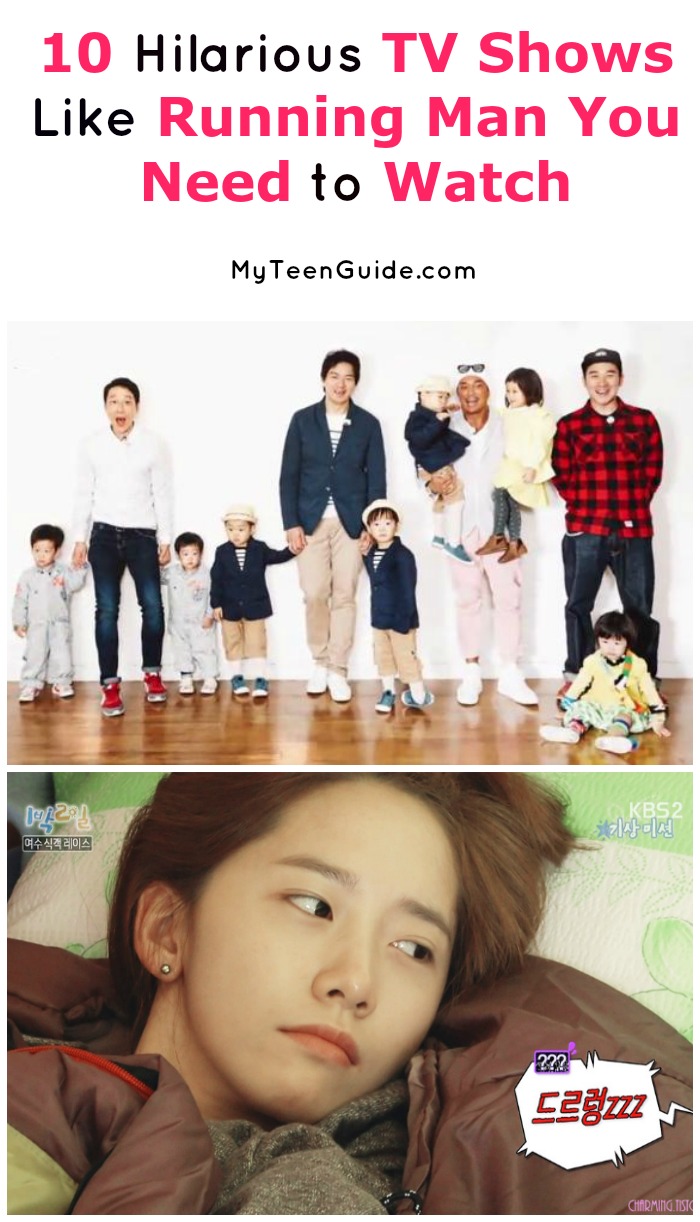 2 Days 1 Night is a South Korean reality variety show that airs on KBS2 and premiered on August 5, 2007. It also airs on the KBS Official YouTube Channel each week, with English subtitles. The goal of the show is to recommend places to visit in South Korea.

Good Sunday is a South Korean reality variety show that aired on SBS, from March 28, 2004 to March 19, 2017. Running Man was one of the segments on Good Sunday. Other former segments included K-Pop Star, Roommate, Barefooted Friends and Family Outing.

Infinite Challenge is a South Korean entertainment television program that has aired on MBC since its premiere on April 23, 2005. It is known as Korea’s first real variety show and features an array of comical, silly and impossible challenges including racing a train and catching mosquitoes.

Knowing Bros is a South Korean television entertainment program that has aired on JTBC since its premiere on December 5, 2015. It centers on main cast members, who portray high school students and guest stars, who portray transfer students.

Mystery Music Show: King of Mask Singer is a South Korean singing competition program that airs on MBC and premiered on April 5, 2015. Singers wear masks to conceal their identities and compete in 3 elimination rounds. Singers are not revealed until they are eliminated or they win the competition.

6- New Journey to the West

New Journey to the West is a South Korean travel reality show that aired on TVCast and TVN, from September 4, 2015 to January 8, 2017. It showcases a group of people who embark on a 4-day backpacking adventure through Xian, China, while competing in various games along the way.

Star Golden Bell is a South Korean variety show that aired on KBS2, from November 7, 2004 to November 20, 2010. The show features 4 stages of gameplay, including a word guessing game and a fill-in-the-blank guessing game.

8- The Return of Superman

The Return of Superman is a South Korean reality variety show that has aired on KBS2 since its premiere on September 19, 2013. The show centers on celebrity dads who are left alone with their kids for 48 hours, while the moms take a much-needed break. The cast includes a comedian, an actor, a businessman and a professional football player.

We Got Married is a South Korean reality variety show that aired on MBC, from March 16, 2008 to May 6, 2017. The show feature celebrity Korean couples who are teamed up to see what married life would be like.

Weekly Idol is a South Korean variety show that has aired on MBC Every1, since its premiere on July 23, 2011. It showcases idol groups, who engage in different challenges, including Random Play Dance and X2 Speed Dance Challenge.

Unless you speak Korean, we can’t promise that you’ll understand everything that is happening in these TV shows like Running Man, but trust us, sometimes actions speak a lot louder than words! Even with subtitles turned on, some things just get lost in translation. No worries, though, you’ll definitely get the gist of the shows, along with plenty of laughs!