Looking for the creepiest Annabelle: Creation movie quotes? Check out these 7 lines from the flick that will absolutely give you chills! 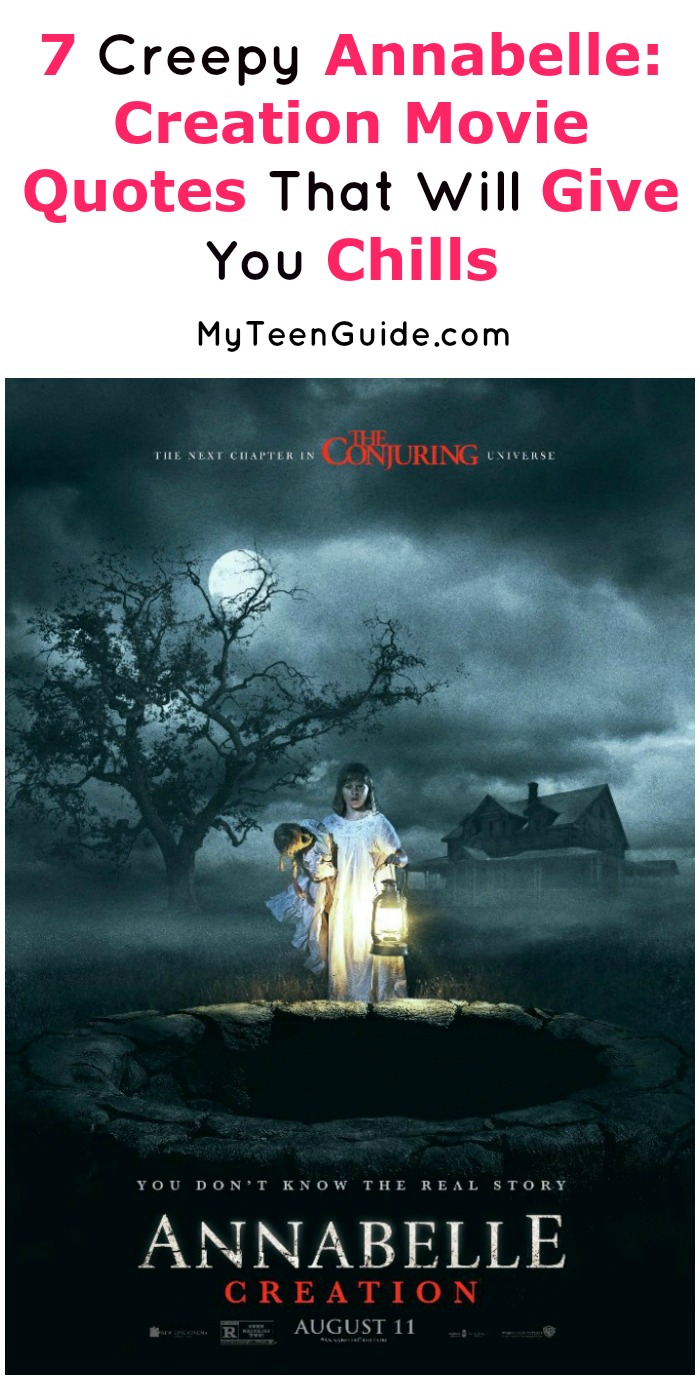 Janice- “This is our new orphanage?”

Samuel- “Feel free to use the house as you see fit. Mrs. Mullins and I stay down here. Your rooms are upstairs.”

She'll never leave your side. #AnnabelleCreation

2- Conversation between Janice and Annabelle, after Janice hears music playing, opens the bedroom doors and sees a small girl:

Annabelle- “Will you help me?”

Janice- “What do you need?”

3- Conversation between Linda and Samuel Mullins:

Samuel- “My daughter has been dead for a long time.”

Linda, played by actress Lulu Wilson is another orphanage girl who lives with the Mullins.

4- Esther Mullins, in a voiceover from the movie trailer, talking about their daughter, Bee, who was killed when she was hit by a car, 20 years earlier:

Esther- “She was taken from us at an early age. We prayed to see our beloved girl again. The contact started small, but then it wanted permission to move into a doll so that it could be with us forever. We said yes.”

Janice- “Sister, you always say that even though we can’t see God, we can feel his presence.

In this house, I feel a different kind of presence. An evil one. It’s coming after me. Because I’m the weakest.”

6- Conversation between Sister Charlotte and Janice:

Charlotte- “Are you okay?”

Sister Charlotte, played by actress Stephanie Sigman, is a nun that was also taken in by Samuel and Esther Mullins.

7- Movie trailer text at the end of the trailer:

Text- “This August, nothing can prepare you for the next chapter in the Conjuring Universe.”

Evil has a past, and it’s wickedly enjoyable. Experience the beginning of The Conjuring Universe in #AnnabelleCreation, in theaters August 11.

Annabelle: Creation sounds like it’s going to be utterly terrifying. I’ve always found dolls like Annabelle completely creepy. If you’re planning to see this one in theaters, stop by Fandango and grab your tickets before you go!

Have you heard any other Annabelle: Creation movie quotes? Share below!