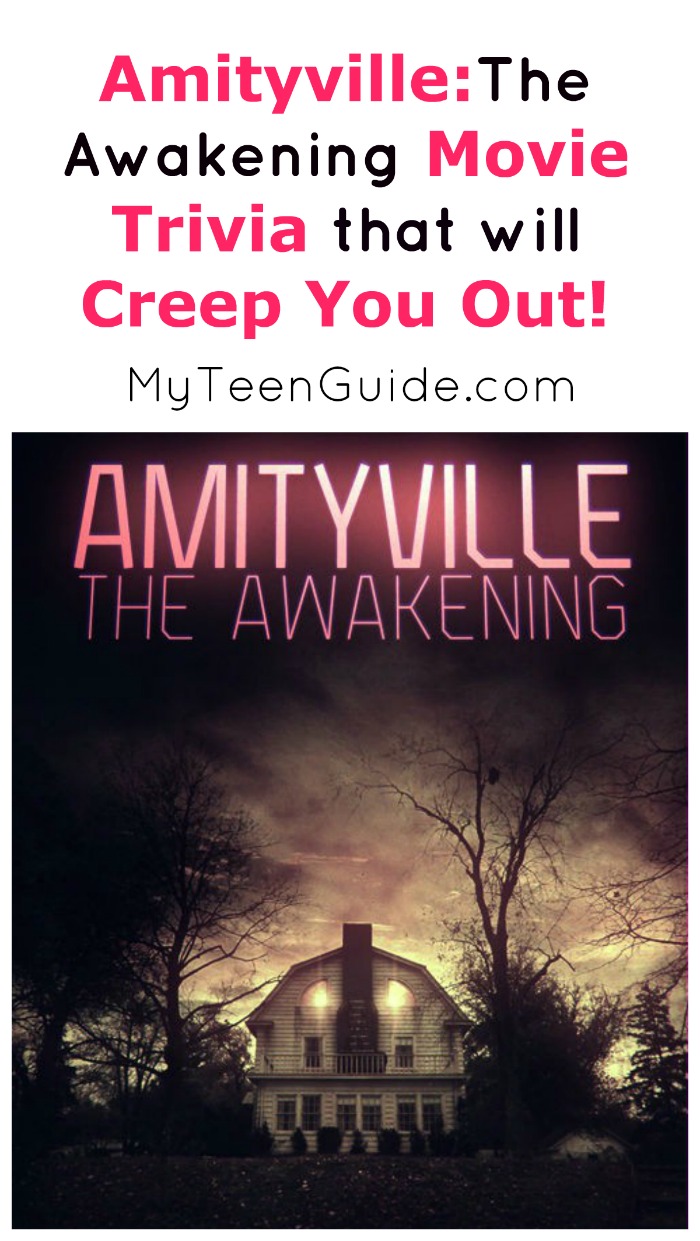 Get ready to be totally freaked out! We have the spookiest Amityville: The Awakening movie trivia right here for you. I am totally ecstatic about this movie. I’ll be honest, I am incredibly picky about horror movies. I like spooky tales versus outright gory flicks. Blood and guts just don’t scare me much! A good ghost story, though? I don’t sleep for weeks! Seriously, after The Conjuring, I was terrified something was going to grab my feet as I slept! Check out some of the coolest Amityville movie trivia that we found.

Amityville: The Awakening is a supernatural horror film that will be released in theaters on January 6, 2017. The movie is about Joan, a single mother who moves into a new home with her three children. Soon, strange things begin to happen and they become aware of the home’s bloody and violent history. Here is some interesting trivia about the movie, cast and real-life Amityville house.

The movie was written in 2012 and filmed in 2014. The release date has gone through several changes since then. The first release date was January 27, 2012. However, after a few delays, the entire script was scrapped and completely rewritten. In September of 2014, the movie was pulled from the release schedule by Dimension Films, even though it had a release date of January 2, 2015. In May of 2015, it was announced the movie would be released on April 15, 2016. However, that date was then delayed because of test screening responses and finally given its current release date of January 6, 2017.

Looks like there was a moth stuck in my closet …whoops ?#doublebuns #tuesdayfun #takemeback #tuesday

Tagged by a few friends @jillianelaine999 @helloweenqueen and @smells_like_myers for a horror house I'd live in. I chose the Amityville house because it's BEAUTIFUL and I've been intrigued by it since I was a kid. Thanks for the tag my peeps ??✌ #theamityvillehorror #amityville #horrorfamily

The real-life Amityville Horror House in Amityville, New York was owned by David and Caroline D’Antonio. The house went on the market at the end May of 2010 for $1.15 million. The couple purchased the home in mid-September of 2010 for $950,000.

Are you planning to see this movie? Have you heard any other interesting Amityville: The Awakening movie trivia? Share in the comments!