5 Of The Best Classic Horror Movies To Watch On Halloween 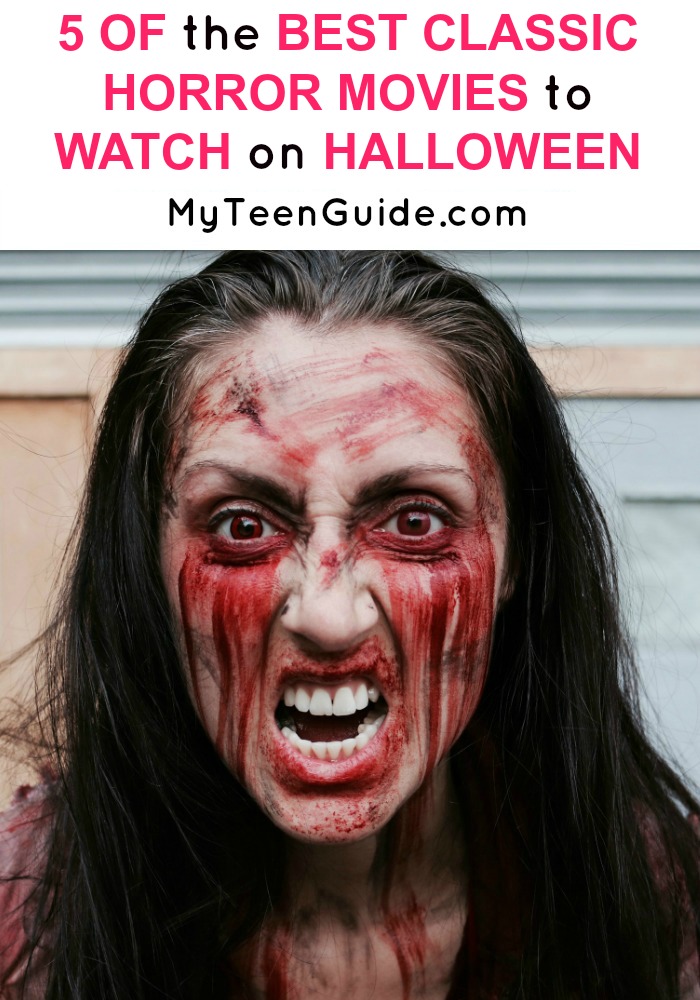 While today’s horror movies are scary and creepy, there is just something about the best classic horror movies that you just have to watch on Halloween. Some of these classic flicks go way back. Even thought he special effects are a little cheesy compared to what we have today, they had some pretty good creep factor back then. The stories and mosnters is really what sells these movies and turned them into classics, and we all have to know the classics right? Halloween is the perfect time to pull out these movies! Here are some of the best classic horror movies to watch.

Related: All Of The Best Halloween Movie Quotes Of All Time

5 Of The Best Classic Horror Movies To Watch On Halloween

The Exorcist is a 1973 supernatural horror movie that is based on the 1971 book of the same name by William Peter Blatty. The book was based on the real-life exorcism of Roland Doe in 1949. The movie is about Regan MacNeil and her mother, Chris, who seeks out the help from two priests when Regan is possessed by an evil entity. The Exorcist stars Linda Blair as Regan MacNeil, Ellen Burstyn as Chris MacNeil, Max von Sydow as Father Lankester Merrin and Jason Miller as Father Damien Karras.

Psycho is a 1960 psychological horror thriller movie that is based on the 1959 book of the same name by Robert Bloch. The movie is about Marion Crane, who steals $40,000 from her employer and goes on the run. She ends up at Bates Motel, run by Norman Bates and his domineering mother, who has been dead for 10 years. Psycho stars Anthony Perkins as Norman Bates, Janet Leigh as Marion Crane, Vera Miles as Lila Crane and John Gavin as Sam Loomis.

The Shining is a 1980 psychological horror movie that is based on the 1977 book of the same name by Stephen King. It is about the Torrance family, who move to an isolated hotel for the winter and soon discover that an evil entity in the hotel turns the father violent. The son, Danny, is psychic and can see the past and the future. The Shining stars Jack Nicholson as Jack Torrance, Shelley Duvall as Wendy Torrance and Danny Lloyd as Danny Torrance.

Related: 5 Movies Like Blair Witch To Watch While Hiding Under Your Bed

Rosemary’s Baby is a 1968 psychological horror movie that is based on the 1967 book of the same name by Ira Levin. A young married couple move into an apartment where they encounter some strange neighbors and weird occurrences. When Rosemary mysteriously becomes pregnant, she finds the horrifying truth that her baby’s father is the devil himself. Rosemary’s Baby stars Mia Farrow as Rosemary Woodhouse and John Cassavetes as Guy Woodhouse.

The Omen is a 1976 supernatural horror movie, the 1st in a series of 5 movies, with the others being Damien: Omen II in 1978, Omen III: The Final Conflict in 1981, Omen IV: The Awakening in 1991 and The Omen (remake) in 2006. The movie centers on an American Ambassador and his wife Katherine. When Katherine goes to the hospital to deliver her baby, the baby is a stillborn, but she is not told of the baby’s passing. Her husband is told and he adopts another baby, whose mother died around the same time as Katherine. Soon, mysterious events and evil deaths begin occurring, leading the couple to believe their son is the Antichrist. The Omen stars Gregory Peck as Robert Thorn, Lee Remick as Katherine Thorn and Harvey Spencer Stephens as Damien Thorn.

So which of the best classic horror movies to watch have you already seen? Which of these movies will you be watching for Halloween? Tell me all your favorites down in the comments!