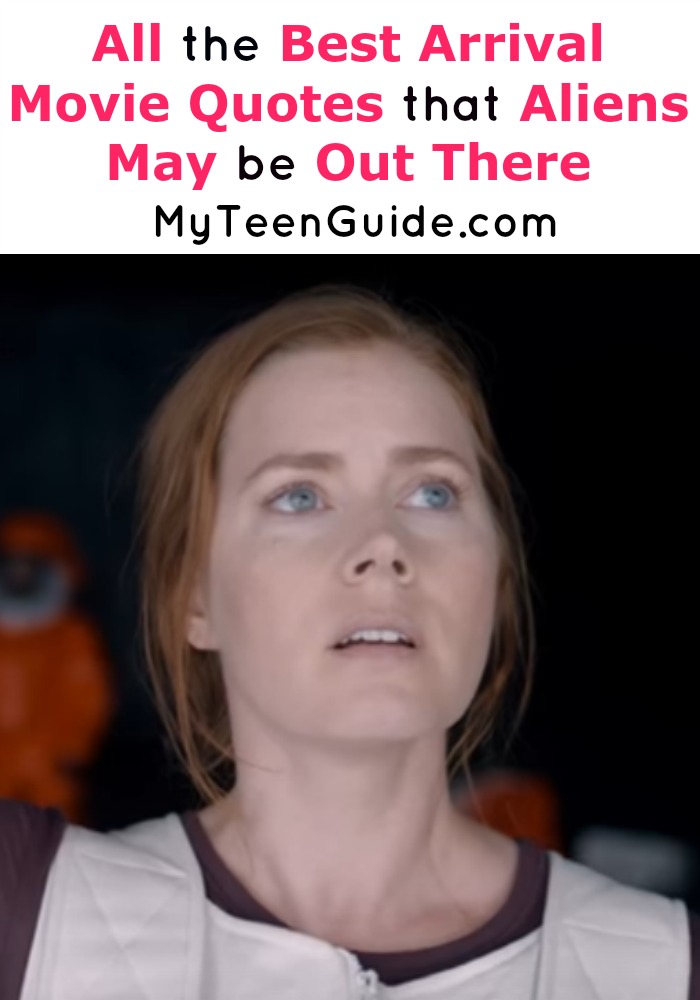 I totally get sucked into movies with the possibility of aliens, and these movie quotes from Arrival put me on the edge of my seat. Whether you think alien forces are coming to get us, or just think there might be something out there, then this movie is for you. The universe is so incredibly big that something else has to be out there somewhere, we’ve got to make contact… right? This movie is going to take you away, it looks pretty cool! Check out all the details below!

Related: 5 Movies Like Rogue One: A Star Wars Story To Be Extremely Excited About

Arrival is am upcoming sci-fi drama movie that is set to hit theaters on November 11, 2016. It is based on the 1998 short story titled Story of Your Life by Ted Chiang. The movie tells the story of Louise Banks, a linguist who was recruited by the military to help translate alien communications. Arrival stars Amy Adams as Doctor Louise Banks. Here are some trivia and quotes from the movie Arrival.

Related: 5 Spectacular Movies Like Star Trek Beyond That Make You Go “Woah”

Television news reporter regarding the arrival of the aliens:

Colonel Weber- “Priority one, what do they want, where are they from? You’ll be reporting to me, but you’ll be working with him when you’re in the shell.”

Ian- “Language is the first weapon drawn in a conflict.”

Louise- “That’s quite a greeting.”

General Shang- “Not everyone is able to process experiences like this. When was the last time you did something stressful?”

#ArrivalMovie is rated 100% on Rotten Tomatoes. Experience it in theatres Friday.

Louise- “We’re never going to be able to speak their words.”

So what do you think of the movie Arrival, are you excited about the movie quotes that show aliens maybe coming? These movies always get my mind reeling! Tell me your thoughts in the comments!