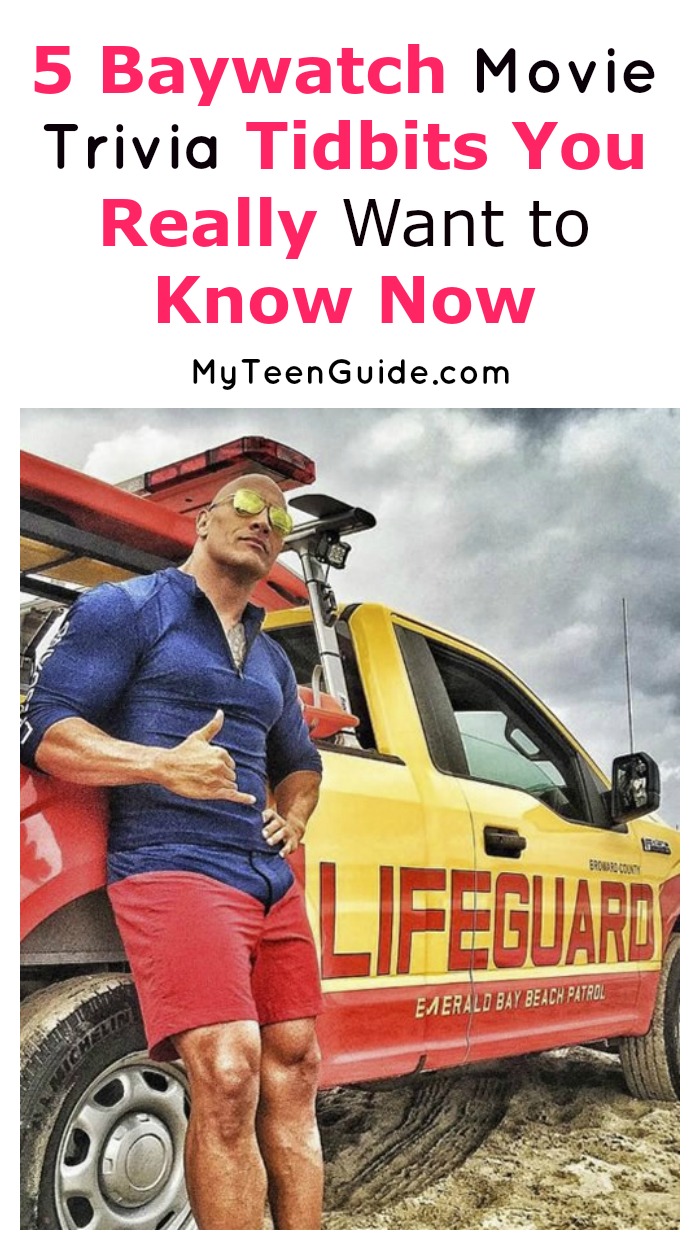 These are the 5 Baywatch movie trivia tidbits you’ve really been dying to know! Baywatch is a 2017 action comedy movie, based on the TV series of the same name, which starred David Hasselhoff and David Charvet. The film, which will be in theaters on May 26, 2017, is set to feature Dwayne Johnson and Zac Efron. Here is some interesting Baywatch movie trivia we think you’ll love!

The movie director of Baywatch is Seth Gordon. Gordon has also directed the 2008 movie Four Christmases and the 2011 movie Horrible Bosses. In addition, he was also the executive producer of the 2015 movie, Pixels.

Before Alexandra Daddario was cast in the role of Summer Quinn, there were a few other actresses considered for the role including Ashley Benson, Shelley Hennig and Nina Dobrev.

Even though he is the first wrestler/actor to appear in a Baywatch movie, he is not the first to work on Baywatch. Jimmy Hart played the role of Jimmy on Season 4, episode 19- Western Exposure- which aired on April 25, 1994. Hulk Hogan, Ric Flair and Randy Savage all appeared as themselves in season 6, episode 15- Bash at the Beach- Which aired on February 19, 1996. And Shawn Michaels played the role of Vinnie on season 7, episode 7- Guess Who’s Coming to Dinner- which aired on November 4, 1996.

Have you heard any interesting Baywatch movie trivia? Are you going to see this flick? Share below!