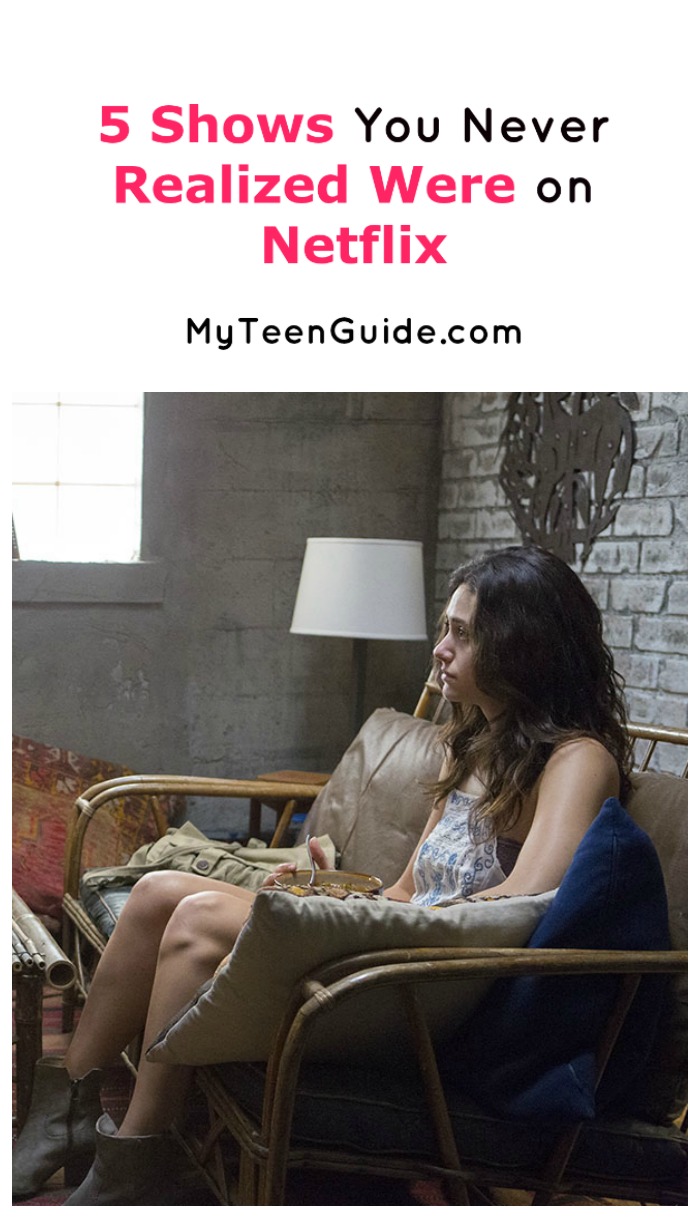 Looking for something new to watch but feel like you’ve seen everything..twice? Check out these 5 shows you never realized were on Netflix and let the binging begin! Everybody loves Netflix! There is no other app that allows us to remain entertained for hours at a time. Netflix allows us to watch what we want, when we want, with no commercials. However, with such a vast selection of movies and television shows, it can be easy to overlook amazing shows that are available on the app. While Netflix offers suggestions for what you should watch next, it can still be hard to get a full picture of what the app provides. Here are 8 shows that you never realized were on Netflix.

TV Shows You Never Realized Were on Netflix

Even if zombie shows aren’t your thing, iZombie incorporates zombies and mystery to create an awesome plot line. The show follows a zombie medical resident who eats human brains and is able to take on the memories contained in each brain. If psychic zombies are your thing, this show is for you!

Dexter was all the rage when it aired on normal television. However, if you missed the show entirely or portions of it, you’ll be happy to learn that all eight seasons are available on Netflix for your viewing pleasure! The serial killer drama is bound to capture and keep your attention for hours and hours.

If you are into science fiction, action and drama filled show, Fringe is the perfect show for you. The show offers otherworldy experiences and lots of nerdy science topics. Netflix offers all five seasons so you can watch to your heart’s content. After the first few episodes, you will be hooked. We guarantee it!

If you are looking for a show that is full of family drama and hard life lessons, Shameless is the go-to show. Netflix offers the first six seasons that takes you into the eyes of a lower class family with a problem father. Be ready to laugh but also be ready to cry! Just a little heads-up: this is NOT something you can watch if there are kids under 18 around.

Do you like history or just enjoy learning about historical events? The Tudors is much like today’s Game of Thrones except the events are entirely real and actually happened in the past! The show focuses on the early life of King Henry VIII’s 40-year reign in England. If you know anything about the Tudor dynasty and the drama that surrounded it, you will fall in love with the drama in the show.

What is your favorite find on Netflix? What TV shows are you currently binge-watching? Tell us all about it below in the comments!