5 Movies to Watch That Were Better Than the Book 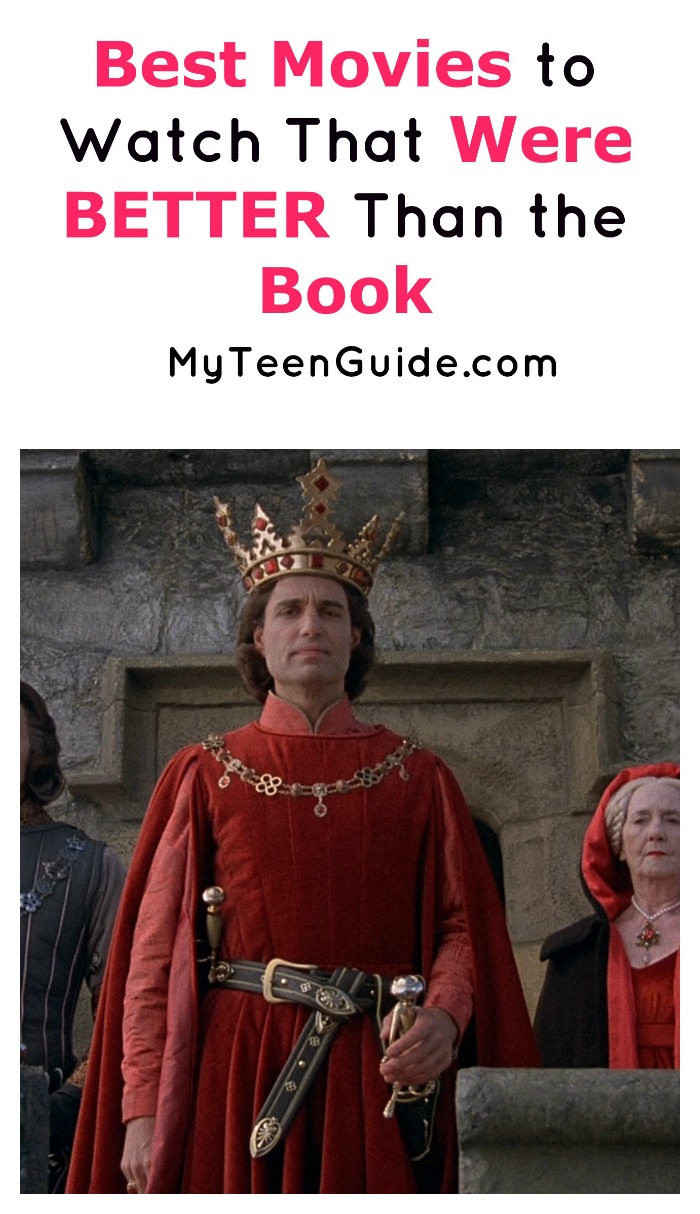 Best Movies to Watch that Were Better than the Books

This post contains affiliate links. Thanks for the support

Psycho is a 1960 psychological horror movie that is based on the 1959 book of the same by Robert Bloch. The movie focuses on the life of Norma Bates, a disturbed, remote hotel owner and her son Norman Bates, who is suffering from a mental illness. Psycho stars Anthony Perkins as Norman Bates. The reason the movie was better than the book is because, in the movie, the death of Marion Crane is a surprise to the audience whereas in the book it is not.

The Princess Bride is a 1987 movie that features comedy, adventure, fantasy and romance. It is based on the 1973 book of the same name by William Goldman. The movie showcases the story of Westley, a farmhand, who sets out to rescue Princess Buttercup, his true love, from Prince Humperdinck, the repulsive Prince of Florin. The Princess Bride stars Cary Elwes as Westley, Robin Wright as Princess Buttercup and Chris Sarandon as Prince Humperdinck. The reason the movie was better than the book is because the movie does an amazing job of capturing the magic of the story.

Jurassic Park is a 1993 science- fiction adventure movie that is based on the 1990 book of the same name by Michael Crichton. The movie tells the story of Dr. John Hammond, a wealthy philanthropist, who has created a theme park called Jurassic Park. The park is located on Isla Nublar, an island near Costa Rica and the park houses cloned dinosaurs. Hammond is forced to have experts certify the park is safe for visitors, and calls upon Dr. Ian Malcolm, a mathematician; Dr. Alan Grant, a paleontologist and Dr. Ellie Sattler, a paleobotanist. Jurassic Park stars Richard Attenborough as John Hammond, Jeff Goldblum as Ian Malcolm, Sam Neill as Alan Grant and Laura Dern as Ellie Sattler. The reason the movie was better than the book is because of the fact the movie features so many technical achievements.

Forrest Gump is a 1994 comedy drama movie that is based on the 1986 book of the same name by Winston Groom. The movie tells the story of Forrest Gump, from his birth in 1944 to 1982, following the death of his wife, Jenny Curran. Forrest Gump stars Tom Hanks as Forrest Gump and Robin Wright as Jenny Curran. The reason the movie was better than the book is because of the fact the book tells different variations of the story that would ruin the movie, including Forrest becoming an astronaut and marrying an ape.

Fight Club is a 1999 action drama movie based on the 1996 book of the same name by Chuck Palahniuk. The movie focuses on the Narrator, an automobile recall specialist and insomniac, who forms a fight club with Tyler Durden, a soap maker. Fight Club stars Edward Norton as the Narrator and Brad Pitt as Tyler Durden. The reason the movie was better than the book is mainly because of the ending. In the book, the explosive malfunctions, whereas in the movie, the explosives do detonate and destroy several buildings.

Of course, this list is totally subjective! It really does depend on your reading tastes versus your movie preferences. If you love dystopian movies but don’t really care for the book genre, you might even think something like The Hunger Games movies were better than the book. They’re not, in my opinion, but that’s the point!

I’d love to hear from you! What do you think are the best movies to watch that were better than the books? Share in the comments!