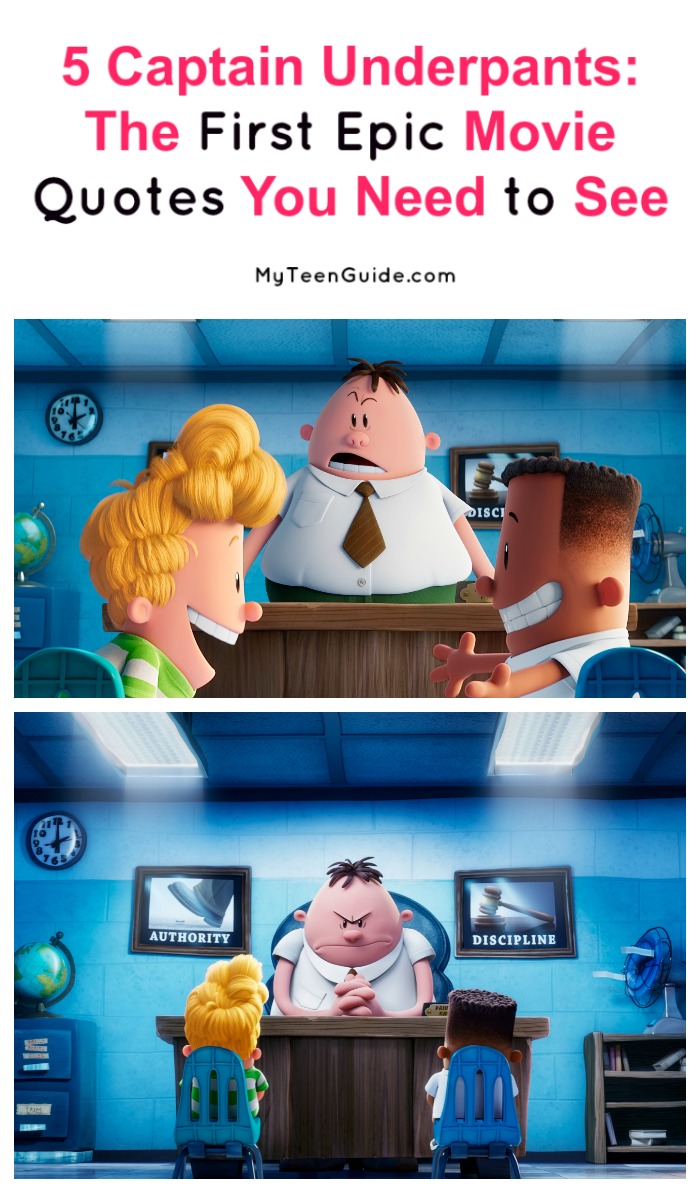 If you’re a huge fan of Dav Pilkey’s comedic creation, you’ll love these Captain Underpants: The First Epic Movie Quotes! The upcoming computer animated movie combines superhero and comedy. Have you seen the trailers yet? It looks hilarious! The movie is set to be released in theaters on June 2, 2017 and, as you probably know,  is based on the 12-book series- Captain Underpants- written by Dav Pilkey. Here are some fun quotes from the movie.

George Beard and Harold Hutchins, in a voiceover, from the movie trailer:

George- “Hi, I’m George Beard and this is my best friend Harold Hutchins.”

Harold- “We just make comics and try to make each other laugh.”

George- “And this old guy is Mr. Krupp. He’s the worst principal in the world.”

Benny- “Ever since you’ve attended this school, you’ve been responsible for one prank after another.”

George- “Some of those must have been really hard to pull off.”

George- “Oh, that tiger was crazy.”

Mr. Benny Krupp is the principal at Jerome Horwitz Elementary School. The role is voiced by Ed Helms. Throughout the years, George and Harold have pulled their share of pranks, including sprinkling black pepper into the pom-poms of the cheerleaders at a school football game, turning the school cafeteria into a snowy winter wonderland and frightening a teacher with a fake tiger.

George and Harold- “You are now the amazing Captain Underpants.”

George- “I honestly didn’t think that would happen.”

George and Harold hypnotize Mr. Krupp into believing he is Captain Underpants.

Benny- “I take to the sky like an ostrich!”

Mr. Benny Krupp is not flying as he thinks he is, but instead is riding in a glass elevator.

Harold- “Is it okay that I’m kind of loving this?”

Have you heard any other awesome Captain Underpants movie quotes yet? Share below!