Looking for a creative indoor activity for kids for those cold winter days? This Clay-O-Rama game is fun and easy! 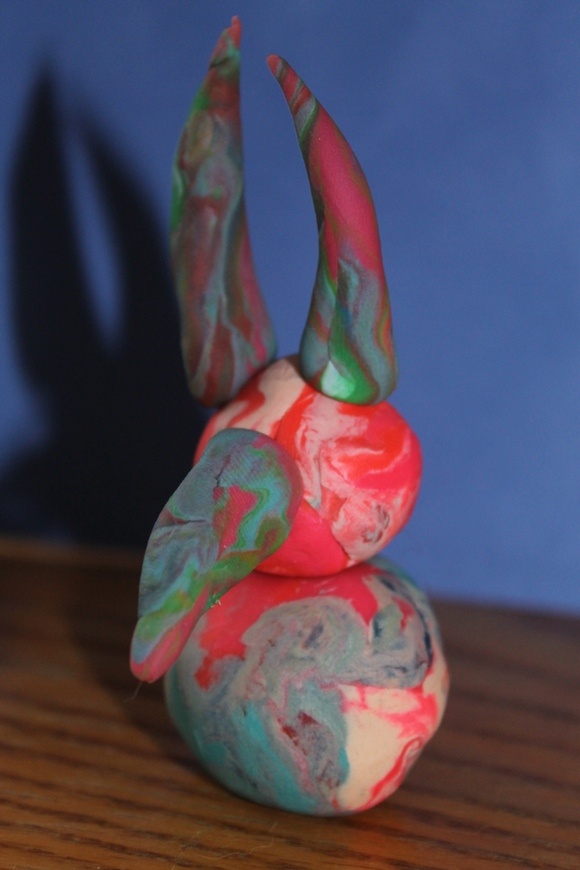 Winter has been particularly cold this year, forcing us indoors most of the time. During Christmas break, we had done every indoor activity for kids a person can think of; we played Barbies and Star Wars, we got through many levels of my sons new Skylanders, and I was getting a little sick of the fake Strawberry Shortcake smell.  It was at this moment of desperation that my mind clawed back into the deep recesses to find a silly game that I played as a teen with my younger cousins. 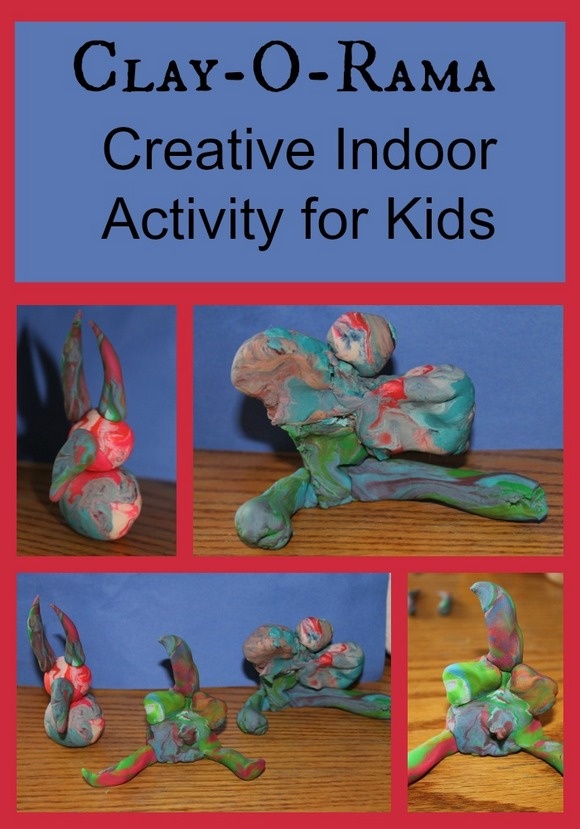 I did not invent this game.  It was an article in Dragon Magazine, back when Dungeons & Dragons was popular.  You can find the original rules here.  I used the rules as a guideline and just winged most of it.  The game is called Clay-O-Rama, and it is a silly way to have battles between clay creatures that you get to make up.  This game requires some flexibility on the part of the participants, because as a group you have to decide on whether the powers that each person wants to give their creature are fair.  Balance is important, though fun is the goal.

Supplies for this indoor activity for kids: 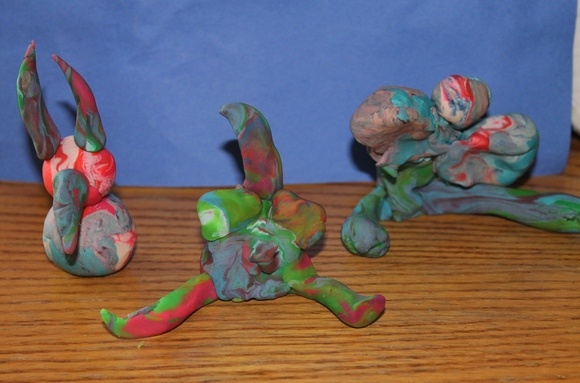 The rules state that everyone should be given 20 minutes to create the creature, which is a good rule.  Once the creature is created the info for it must be written out on a paper (Name, HP, Missiles, Melee Attacks, Special Attacks).  A good clean surface should be prepared for the battle (we used the dining room table, but as a kid we used a billiard table with the ping-pong accessory on top).  Have everyone position their creature as far as possible from each other to start the battle. 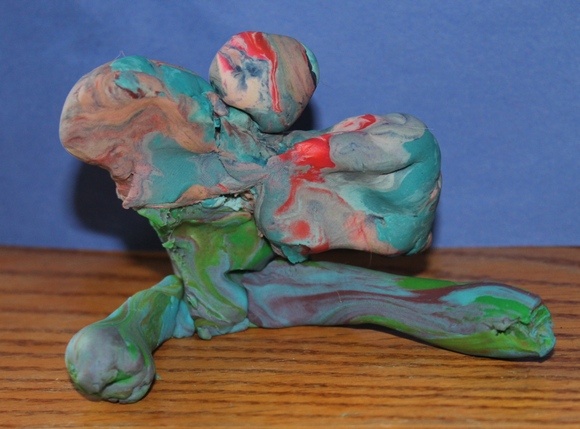 Everyone rolls 2 dice to determine who goes first.  The highest number goes first, and then down to the lowest.  This order does not change.  Each turn goes as follows; the creature can move up to its full movement (or not move), the creature may fire as many missiles as it has ways to launch them, if the creature is close enough to do a melee attack, it may do so (some creatures may have multiple melee attacks, and all should be done), and finally the attacked creature may counter-attack with as many melee attacks as it has, though those attacks will not be available for its attack turn this round.

To determine if a missile hits, the player must stand a foot behind the starting point of its creature and physically hit the target creature.  If it scores a hit, roll damage.  To determine if a melee attack hits, roll two dice.  If the result is 8 or higher, a hit is achieved, roll damage (typically 1 dice, though it can be higher with larger limbs, as determined at creation).  During the attack phase the creature may employ its special attack, although most require a successful hit roll.  Deciding on how much damage a special attack does often require the flexibility that I mentioned earlier.  Adults can compromise easily enough, but children sometimes have difficulty with this.  If you know your child is sensitive to this sort of thing, be mindful of it when creating the basic rules at the beginning.  Be clear upfront to avoid conflict, because this is supposed to be fun.