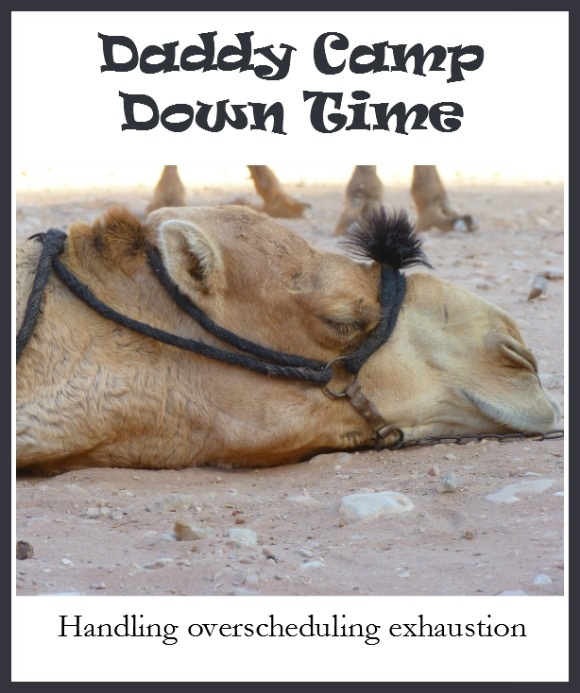 Like any good parent I wanted to provide my children with a fun and exciting summer, and as a result we found ourselves exhausted by the weekend, and even more tired by Monday at Daddy Camp. Only rainy days placed obstacles to our frenetic pace, and something had to give. Clearly I had over-planned the summer, and just as clearly I had to slow things down some.

Handling Daddy Camp Exhaustion: What to do when you over-schedule your summer! 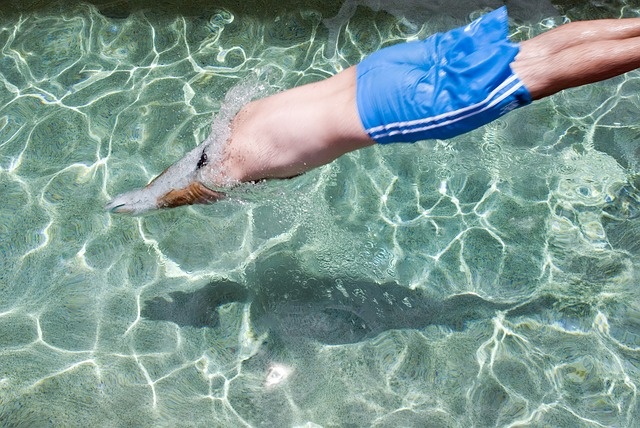 Living in Montreal we are lucky enough to be surrounded by several non-profit pools that we could join, which we happily did. At first my children could not decide which of the many offerings to join, and I wanted them to do as many as they could handle. Our pool offers lessons for swimming, diving, water polo, and synchro, as well as a swim, dive, water polo and synchro team, and my children wanted to join it all…and even attempted it the first week.

On top of that a local karate dojo offers a summer deal; three months for a hundred dollars, and their classes run three days a week. The library has a free reading program that I signed them up for as well. I also planned a lot of other stuff to fill and round things out, but much of that has fallen by the wayside.

It is easy to get caught up in all the activity that happens in Canada. After all, we are limited in our outdoor activities for at least half of the year, and we only get about two solid months of really hot weather, so most of us feel obligated to take advantage of the hot season. Yet isn’t the point of summer for children to rejuvenate their spirits from the hard work of school?

So they both dropped the dive team, and I am flexible about when to bring out some of the planned activities. I listen to the other parents, who seem to be in an equal state of exhaustion, and I also hear the kids. Some of them never seem to tire, and are always up to do something. Others tell their parents that they don’t really want to, but for one reason or another, the parents just aren’t hearing them.

Some days it is best to just laze around the house, not doing much of anything. Sleep in, watch a silly movie, play a board game. There are all sorts of fun things that can be done without all the hustle and bustle, and the sooner kids learn that, the sooner they learn to entertain themselves. My children have gotten far too accustomed to being entertained by me and my wife, and sometimes they need to be brought back down to reality.

Today the only activity that I engaged the children was an hour at the pool, just for some physical fitness. Other than that, they were on their own for entertainment, and that is perfectly acceptable. So free yourself from the need to constantly be doing something, and allow you and your family to do absolutely nothing every now and then. You deserve it.

Want to start from the beginning? Check out our first Daddy Camp article: Low Stress, Maximum Fun at Daddy Camp!