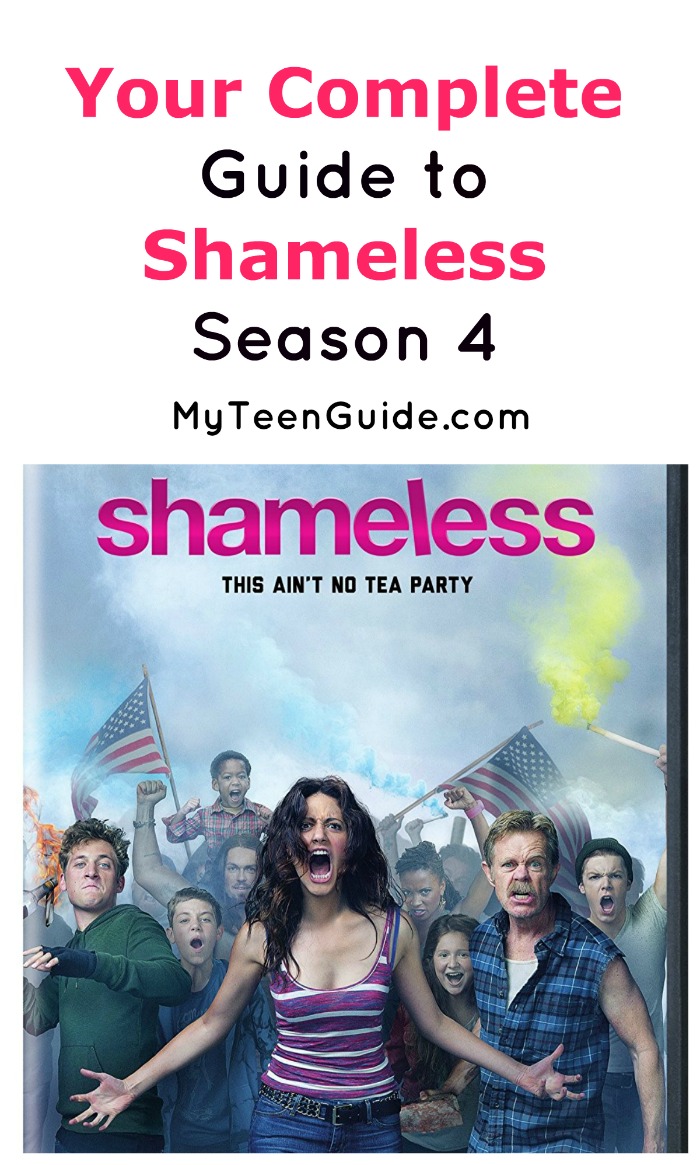 Can’t get enough of that crazy Gallagher family? We can’t either! Get caught up with their antics with our complete guide to Shameless season 4! In this season, you’ll find Fiona moving on up to a corporate job (of course, that doesn’t go as well as you’d think), Frank getting some really horrible news and Veronica getting some rather startling news! Starting from the beginning? Don’t miss our guides to Shameless season one, two and three! Check out the Shameless season 4 promo trailer, then read on for your guide to who’s who and what’s what!

(affiliate links, thanks for the support)

In season 4 of Shameless, Fiona has landed a corporate job, but ends up in an affair with her boss. Frank finds out that his liver is failing and he needs a liver transplant. Also in this season, Fiona ends up in jail after Liam is hospitalized after tasting cocaine at a party. Veronica discovers that she is pregnant with triplets, Kevin’s business, The Alibi Room, is losing money and Lip and Amanda start a relationship.

Season 4 of Shameless aired from January 12, 2014 to April 6, 2014. The 3 most watched episodes of the season were episode 12, Lazarus, with a viewer rating of 1.93 million U.S. viewers; episode 6, Iron City, which garnered 1.90 million viewers and episode 7, A Jailbird, Invalid, Martyr, Cutter, Retard and Parasitic Twin, received 1.89 million viewers.

The main characters from season 4 include:

The recurring characters/guest stars from season 4 include:

Have you already watched Shameless season 4? What was your favorite episode? Share below!