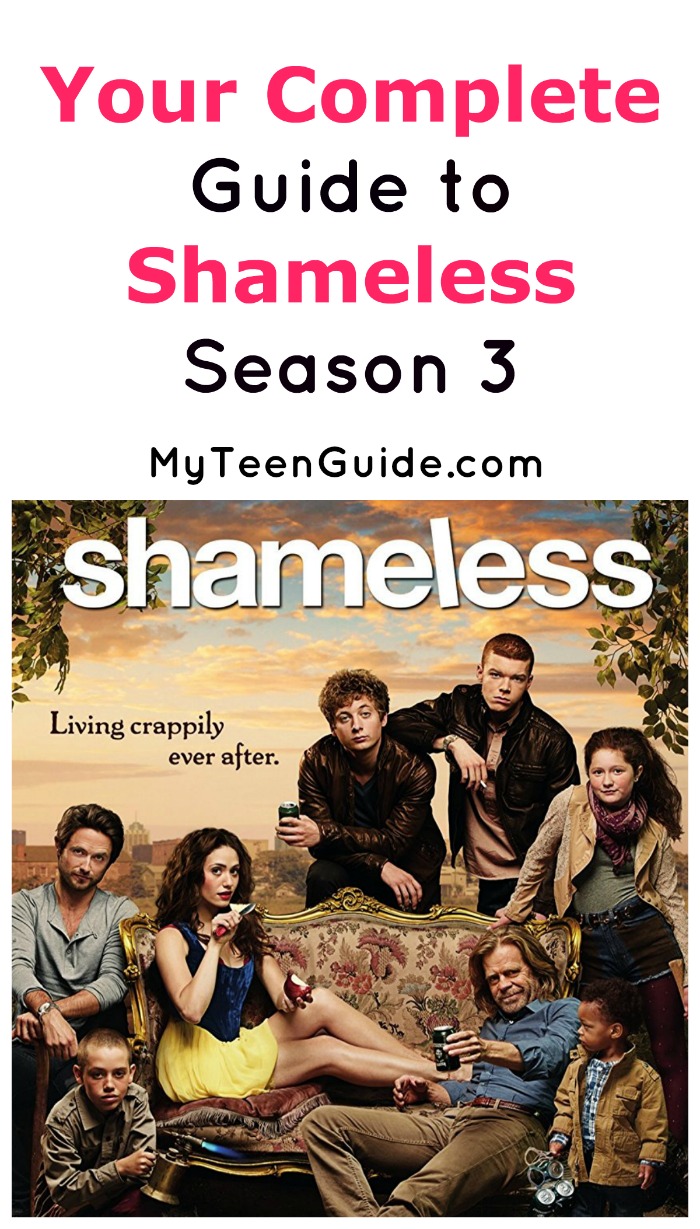 Now that you know what happened in the 1st and 2nd season of Shameless, we’re continuing our Gallagher-centric week with your complete guide to Shameless season 3! In this family, the crazy just keeps getting crazier! In season 3 we find Jimmy moving into the home, Kevin’s estranged wife coming back to town and more. Read on for the highlights of the 3rd season!

In Shameless season 3, Jimmy has moved into the Gallagher home and Fiona is trying her best to adjust to the situation. Jimmy discovers that his father Lloyd is not only gay but in a relationship with Ian. Cheryl, Kevin’s estranged wife, comes to town with the intent of getting back together with him. However, Veronica has other plans for her and eventually, Cheryl signs her divorce papers. Also in this season, the Gallagher kids are removed from their home by the Department of Family Services, as Frank and Fiona fight to get them back home.

Buy the 3rd Season of Shameless on Amazon!

The main characters from season 3 include:

The recurring characters/guest stars from season 3 include:

Did you already watch Shameless season 3? What were your favorite highlights and moments?