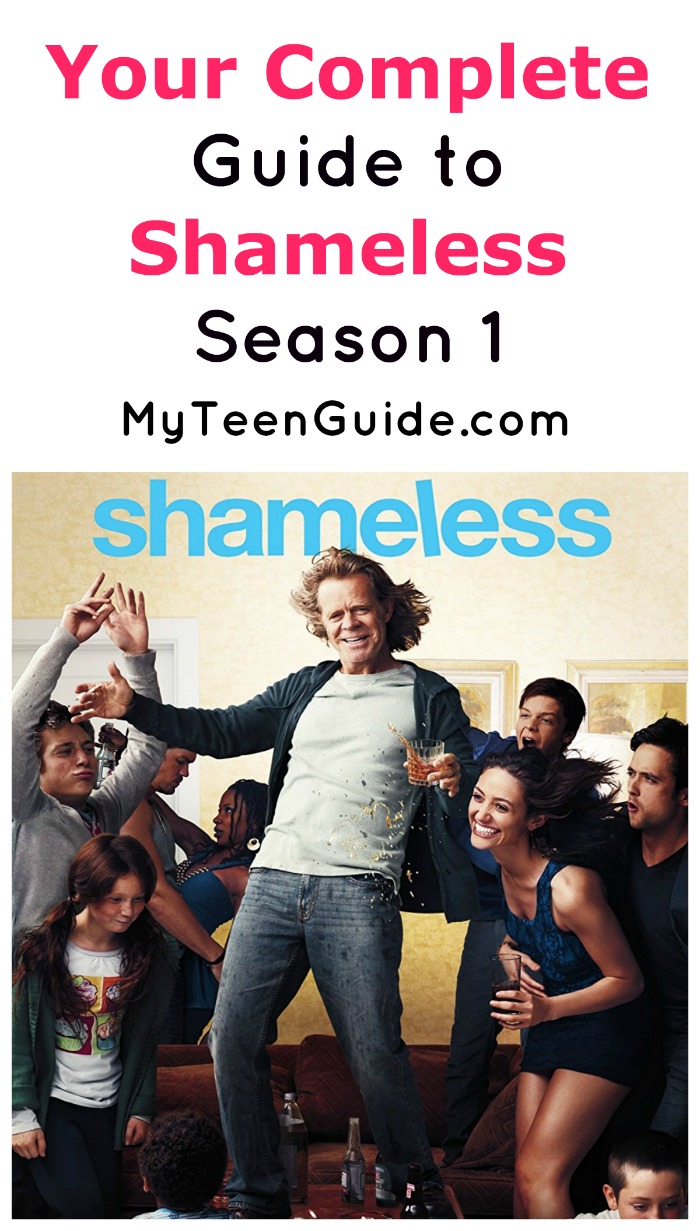 *Spoiler alert! If you haven’t watched Shameless Season 1 yet, you may want to hold off on reading this, unless you’re trying to get caught up faster!

Just getting started on Showtime’s most popular dysfunctional family show? We’ve got your guide to Shameless season 1 right here! Find out where it all started for the family that makes even the craziest of us look totally normal! If you haven’t heard of it, Shameless is a comedy-drama television series that airs on Showtime. The series premiered on January 9, 2011 and is in the middle of its 7th season, which premiered on October 2, 2016. While we have no idea when Shameless season 8 will begin (no one does yet), rest easy knowing that it IS coming back!

The theme song for Shameless is titled The Luck You Got by The High Strung, an indie rock band. Shameless centers on the Gallagher family, consisting of Frank, the alcoholic drug user patriarch of the family and his six children: Sammie, Fiona, Lip, Debbie, Carl and Liam. He also raises Ian, who is the result of an affair Frank’s ex-wife, Monica, had with one of his brothers. Here is what you need to know about season 1 of Shameless.

First of all, let me just say that Shameless is NOT a show you can watch with kids around…at all. It’s definitely not meant for anyone under 18. Aside from drug and alcohol references galore, it’s also heavy on sexual situations and nudity.

Season 1 of the series introduces the audience to the rather dysfunctional Gallagher family. Also in season 1 is the on-again, off-again relationship between Fiona and Jimmy. The Gallagher’s next door neighbors, Kevin and Veronica are introduced. Monica returns to town with Roberta, her lesbian lover.

The main characters from season 1

Note: the ages listed are current ages to the best of our ability, but aging on Shameless is kind of weird. The timeline is just as crazy as the show! Some seasons start in the summer and end mid-school year, others start in the middle of the year and end at Christmas.

The recurring characters/guest stars from season 1 include:

Most Important Highlights from Shameless Season 1

Now that you have a general idea of who’s who, let’s talk about the most important things that we learned in Shameless season 1.

Have you watched Shameless season 1? Who are your favorite characters? What did I miss that you think is important to the season? Share in the comments!