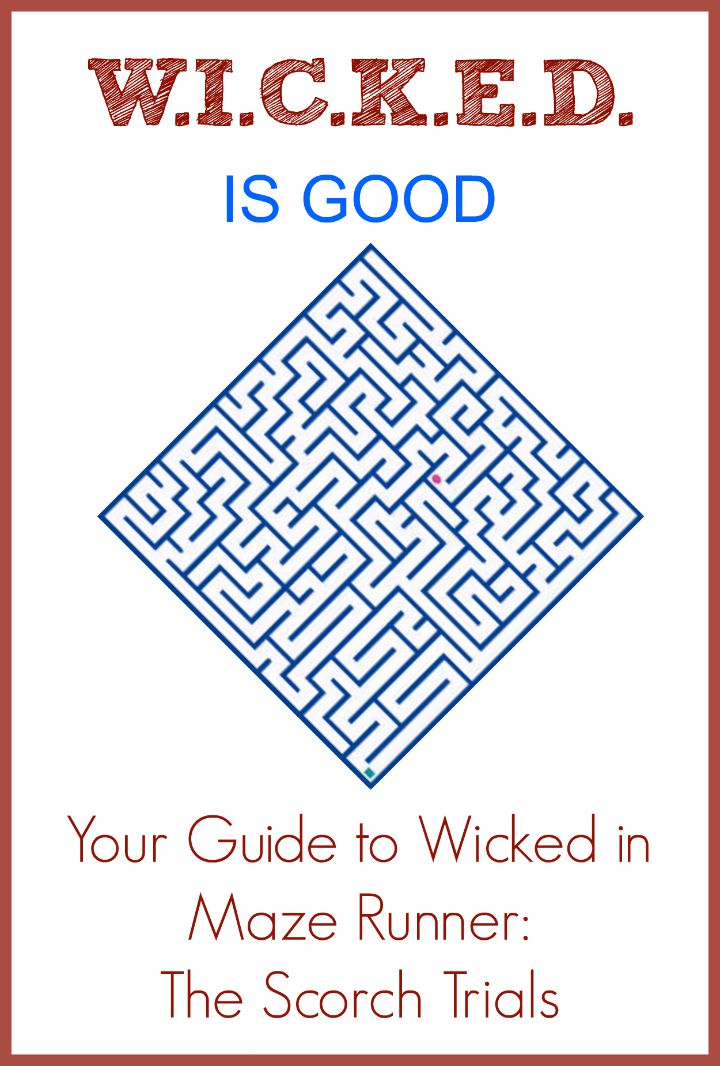 World In Catastrophe Killzone Experiment Department or WICKED also generally shortened to WCKD  is the fictional group responsible for the head games initiated on the abducted victims of Maze Runners. WCKD was originally created to combat a new and deadly disease known as Flare. Flare began afflicting people after a horrible set of solar flares. They were desperate for a cure and so they started experimenting on kids 12-17 years old. The kids being experimented on were immune to Flare. WCKD set up the maze and the scorch zone portrayed in the second movie to try to activate the kids brains enough to figure out the brain patterns that the immune used to keep safe from Flare.

Related: Your Guide to the Maze Runner Film Series

Guide to Wicked in Maze Runner: The Scorch Trials

This pattern is called the Killzone as it kills Flare. WCKD is using the brutal experiments to combat flare in the populace and their goal is to find a cure. The characters Teresa, Thomas and Avis are all secretly members of WCKD and they frequently mention to the others that WCKD is good. WCKD has in fact used this as double speak and it becomes evident to Teresa as the series unfolds that WCKD is was wicked as it sounds.

There are few survivors of the solar flares and the final revelation is that it was WCKD’s plan in the first place to create the solar flare to curb the population. WICKED’s motives are obscure at best. For example, when the Gladers find their way out of the maze through the exit door they find a lab full of murdered scientists. They then watch a video where a scientist named Ava Paige (played by Patricia Clarkson) talks to them about WICKED’s research while behind her soldiers go around shooting the scientists in the room one by one. With the last scientist dead she reminds the watchers that ‘WICKED is good’ and then shoots herself in the head.

Related: The New Kids of Maze Runner: The Scorch Trials

Shortly after she is shown to be alive and is wiping away what we now see was only fake blood. She says, ‘I think they took the bait’. It’s a strange and ominous way to mess with people’s heads and the intricacy of the WICKED plots and their dedication to their convoluted schemes is more bewildering than anything else. Their propaganda and determination to quantify the victims of their experiments into roles is another disturbing tendency. They label Teresa as the betrayer and she is clearly messed up in the head in some profound way about them. Stockholm syndrome seems the most likely source for her extreme and naive belief that WICKED is good. These people have made playing head games into a way of life.

Is WCKD good? It seems at the very least that any good intentions of the organization are at the very least demented. It’s a dystopia run by mad scientists, all of the best of whom are affiliated with WICKED motivations.

What do you think? Is WCKD good or very, very Wicked indeed? Tell us your thoughts!