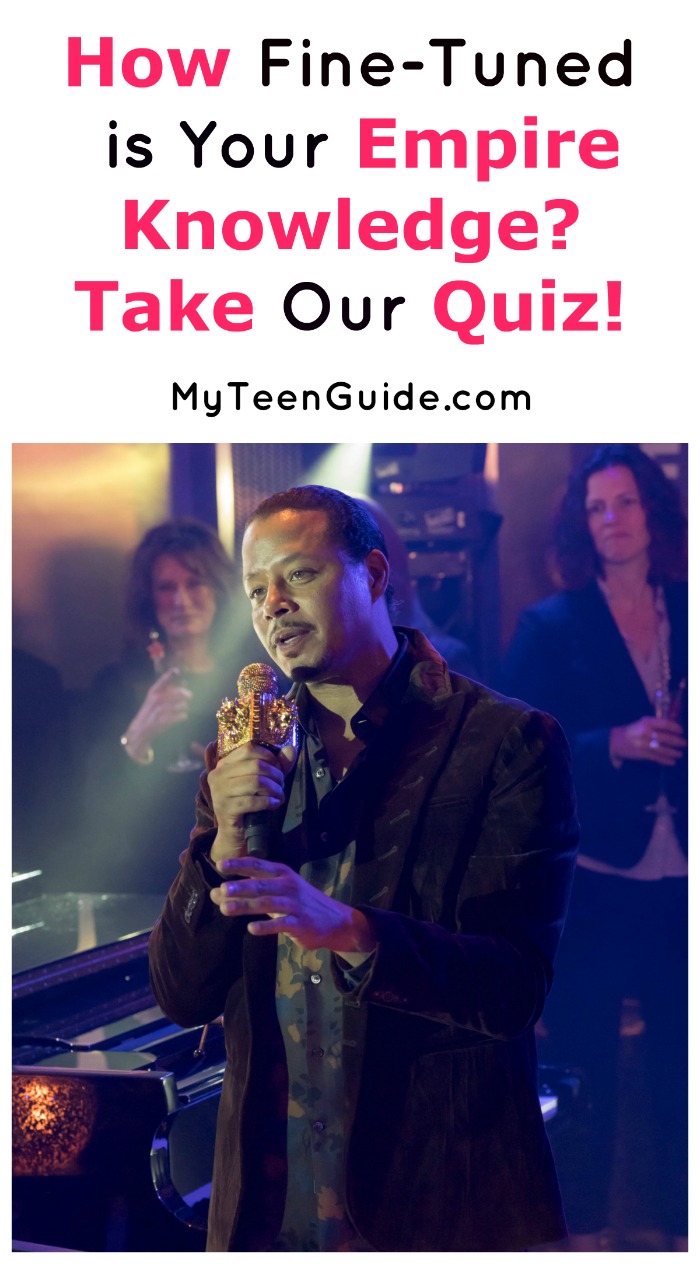 Millions of people around the world tune in each week to watch Empire and we want to test just how well you pay attention while watching! With all of the drama, music, and laughs, we know it can be hard to miss and forget about the small details of the show. So, how big of an Empire fan are you? Do you think you have what it takes to answer all of our trivia questions correctly? Give our quiz a shot and let us know how well you did! This post contains affiliate links. Thanks for the support.

Reveal the answers by highlighting the text after “answer”

1. What date did Empire debut on television?

2. What show does the city take place in?

3. What illness does Lucious Lyon have?

4. How many sons does Lucious Lyon have?

5. Who produces all of the music for the show?
a. Snoop Dogg
b. Dr. Dre
c. Timbaland

6. What is Cookie’s real name?

a. Loretha
b. Vivian
c. Loretta

7. What is the name of Cookie’s assistant?

8. During the White Party, what song did Jamal perform?

a. Feelin’ Myself
b. No Apologies
c. You’re So Beautiful

10. What word does Hakeem say that Camilla hates?

11. Aside from Lucious, what other male has a thing for Cookie?

12. What object was used to kill Vernon?

a. a knife
b. a pair of scissors
c. a snowglobe

13. When auditing, what song did Jussie Smollett sing?

a. “Diamonds” by Rihanna
b. “Blurred Lines” by Robin Thicke (correct)
c. “Mirrors” by Justin Timberlake

How did you do on our Empire quiz? Let us know in the comments!