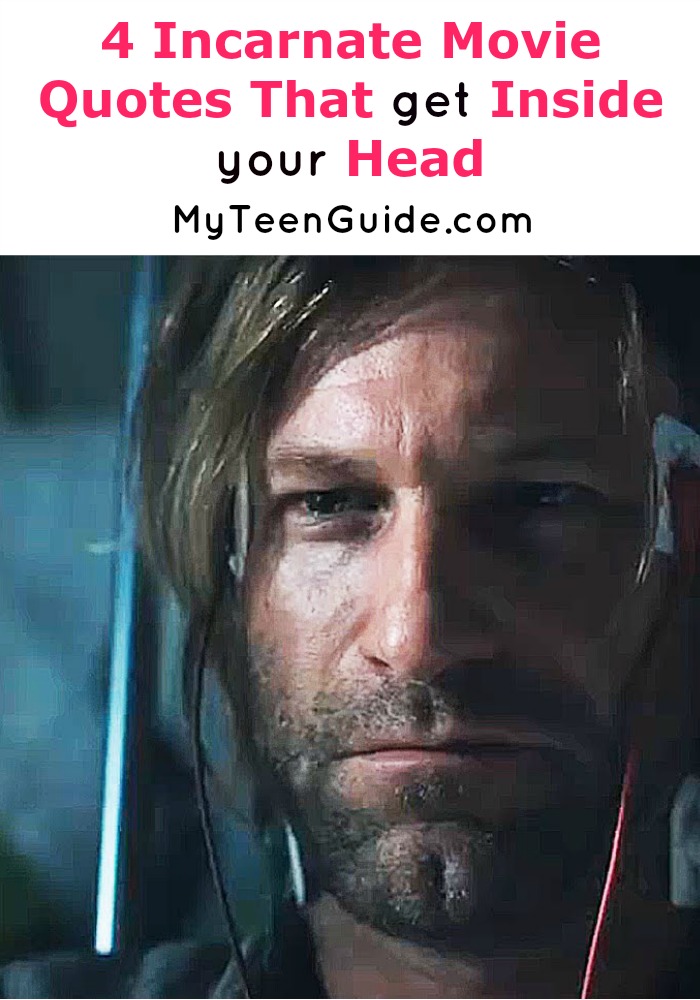 The supernatural thrillers always get in my head, which is why these Incarnate movie quotes are especially creepy. There is something about the idea of a demon being actually inside your head that just sends chills up my spine. You have to check out the trailer, movie quotes and trivia for Incarnate.

Related –> 5 Of The Creepiest Movies Like Ouija: Origin of Evil That Scare Us Every Time

4 Incarnate Movie Quotes To Tap Into Your Head

Incarnate is an upcoming supernatural movie that is set to hit theaters on December 2, 2016. It is about an unconventional exorcist, who has the ability to tap into the subconscious minds of the possessed. He meets his match when he meets a young tormented boy, who is cursed by demonic powers. Incarnate stars Aaron Eckhart as the unconventional exorcist and David Mazouz as the young tormented boy. Here are some Incarnate movie trivia and quotes.

Voiceover (female) from the movie trailer:

Female- “I have an arch demon possessing the body of an innocent 11-year-old boy.”

Voiceover (female) from the movie trailer, as the tormented boy snaps the neck of a priest:

Female- “Of course we sent in the best exorcists. But they failed.”

An exorcism fair? You've got to see this to believe it… Check it out on our Facebook. #Incarnate

Voiceover (female) from the movie trailer, talking to the unconventional exorcist:

Unconventional exorcist- “I’m going to help your son. I don’t do exorcisms. I don’t use religious methods to treat the symptoms. I go inside the victim’s mind to treat the disease. I evict the demon from the inside.”

Voiceover (female) from the movie trailer, talking to the unconventional exorcist:

Female- “What happens when this entity is done with the kid and decides to jump?”

So are you fully creeped out yet? Tell me which of these movie quotes from Incarnate sends chills down your spine in the comments!