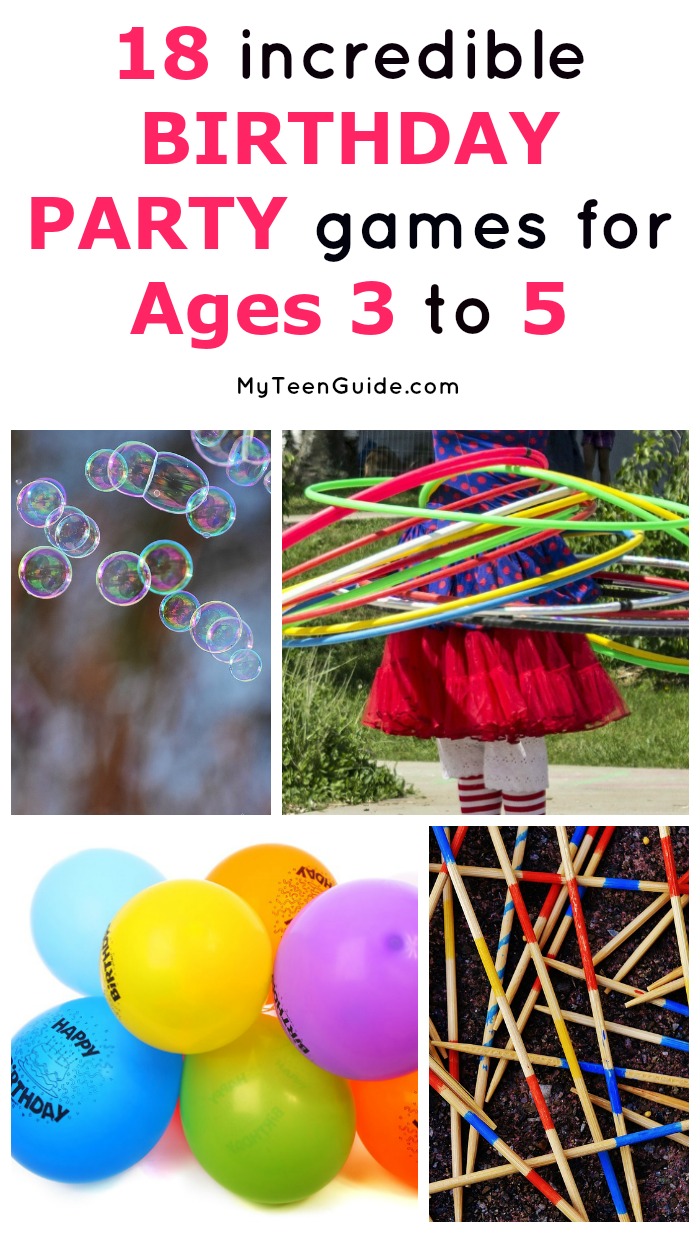 Planning your child’s birthday party is a fun time!

Sometimes planning indoor party games can be difficult, because it’s always easier to send the kids outside and let them run free.

There are plenty of games you can plan for an indoor party.

I compiled a list to get you started on indoor party games for kids ages 3-5 years old!

This post contains affiliate links. If you make a purchase through these links, we will earn a small commission at no extra charge to you.

Have the party guests stand in a circle and sing songs, performing the song’s actions.

Give each player a bottle of bubbles

See which player can blow the most bubbles at once or can blow the biggest bubble. Want to take it to the next level? Get everyone giant bubble wands, it is a huge hit!

Have the players sit in a circle, except for one player.

That player walks around the circle, touching each player on the head, saying “duck.”

When that player touches someone on the head and says “goose,” the player gets up and tries to tag the player who tapped them on the head, who is racing back to their spot in the circle.

Check out this video for more tug-of-war ideas:

This is pretty simple to create.

Everyone knows this one!

Depending on what your party theme is, you can do this is so many different ways.

You can use the classic donkey, pinning the tail.  If you have a Frozen theme you can pin the nose on Olaf, or the braid on Elsa.

Whatever theme the birthday is, you can find a pin the tail on game to match!

For this game, you’ll need some dance music.

For Pass the Parcel, you’ll need one present, one that does not belong to the birthday child, that is wrapped in several layers of wrapping paper.

They will love this game!

Make sure you have enough space and not too many kids for this one.  Unless you have a ton of space, like a finished basement or something.

Here’s another fun game to play while those hula hoops are out:

For this game, you’ll need a balloon

for each party guest.

For this game, one player is the Grandmother and stands with her back to the other players, who stand in a line at the opposite side of the room.

For this game, you’ll need a hard-boiled egg and a spoon for each party guest. You’ll also need to make a start line and a finish line.

Planning a party for preschoolers doesn’t have to be difficult.  Pick a couple games to play, serve some pizza, have cake and ice cream and open presents!

Do you have any favorite indoor party games for kids? Share below!