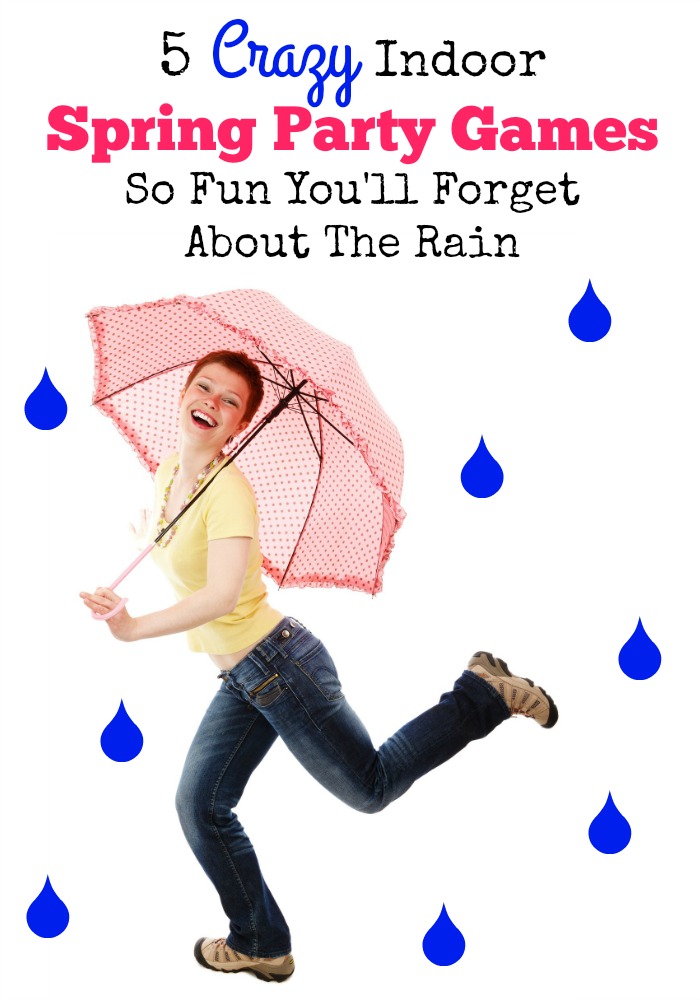 Crazy fun indoor spring party games for you and your friends will totally make you forget you are stuck inside!  Seriously though, just because you might be stuck inside on a rainy or muddy spring day, doesn’t mean you have to bundle up under some blankets and binge watch movies.  There are plenty of indoor spring party games you can play and have fun!  Check these out! You need to text Bae and all your friends to come over.

*Some affiliate links are included with this article

This photo from Honey's party last week cracks me up every time, I think it's because we were both in heels :') #doughnutgame #girls #party #funny

Simple yet fun!  You usually see this game in the fall, but we know donuts are good all year round.  Hang one donut on a string per guest.  They have to eat the donut, not using their hands!  You might have to actually tie their hands behind their backs so they don’t cheat!  A blindfold might make this even more fun.  It is a lot harder than it sounds.  The first one to eat the most, (ideally, the entire donut!) before it falls off the string is the winner! I’m not sure what the theme of the party is for those girls in the picture, but the pic of them playing the donut game is epic! Nom nom nom…

You have so many fun categories to choose from!  Music artists, movie characters, celebrities, TV shows, people in general (babies, kids, elderly…).  Don’t forget about actions too like throwing a football, riding a bike, flying a kite, so many things you can write down.  Write them all down small pieces of paper, fold them up and toss them in a bowl.  Without looking, pick a paper and act out what is on it.  Don’t forget to set the timer!

On a time crunch and limited budget? Grab household items, decorate them together, and make a game out of them for you and your Little #TipTuesday #PaperPlateRingToss

This looks so fun, and a little harder than you might think.  Take a bunch of paper plates and cut the middle out (the part where your food would go).  You can color code them, so everyone knows which ones belong to them.  Now take an empty paper towel roll and attach it to a paper plate (don’t cut the middle out of this one).  Set the parameters for how far away you have to be to toss the ring.

I can’t believe I have never thought to do this before!  Glow sticks and plastics eggs and voila!  Turn the lights off (well, put the sticks in the eggs first and hide them all) and set everyone loose to find as many as they can!  You can add some other little goodies in the eggs too, like candy or money (if you feel like giving away a few quarters).

Just because you are indoors, doesn’t mean you can’t be active!  You’ve probably spent a long winter hiding inside from the cold and hibernating, and Spring can be rainy and keep you from enjoying the outdoors.  Get out from under the blanket and get moving!  Invite your friends over some friendly gaming competitions. My latest obsession for a big group game is The Jackbox Party Pack 2. Have you played the original You Don’t Know Jack? This trivia game is hilarious and full of sarcasm which I love but also includes lots of other fun party games that will have you racing to be first. There are also alway fall backs like Just Dance 2016 to keep you moving!

No matter what you decide to do with your friends, you are going to have fun.  Possibly drive your parents crazy, but at least, you will be having fun.  It can be tough to be stuck inside in the spring after a long winter, so blow off some steam with some fun games!

Do you have any other ideas on fun indoor spring party games?  Share them with us below!