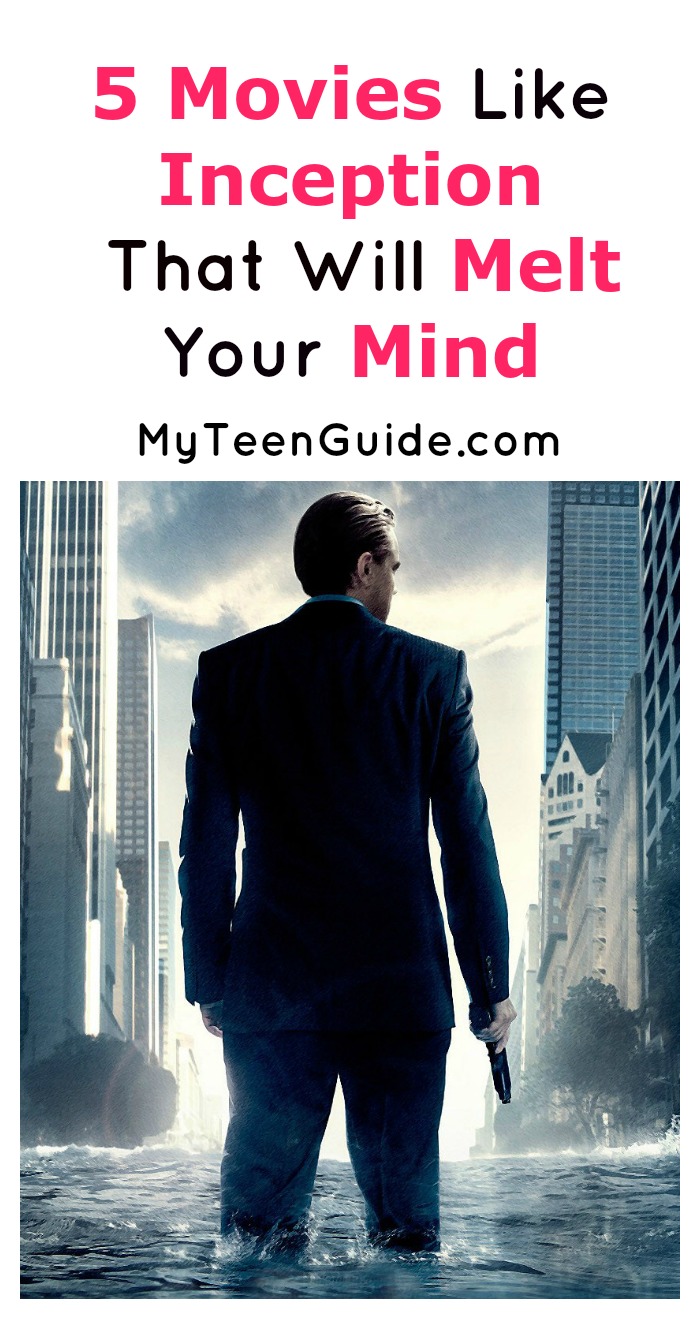 When I’m in the mood for a really good thinker, I turn to movies like Inception that leave me feeling like someone just put my brain in the microwave on high for a little too long! I’ll be honest, most of the time I’m usually looking for a light comedy or even a spine-tingling horror, but there are nights where I’m feeling philosophical and want something that really makes me reconsider my entire reality. These 5 movies like Inception totally do the trick!

Inception is a 2010 sci-fi heist thriller film, starring Leonardo DiCaprio, who plays the role of Dominick Cobb, a thief who steals corporate secrets by infiltrating the subconscious and is given the opportunity to have his criminal history wiped from his record as long as he plants an idea into a CEO.

Source Code is a 2011 sci-fi thriller movie starring Jake Gyllenhaal as United States Army Pilot Captain Colter Stevens. The movie also stars Michelle Monaghan as Christina Warren and Vera Farmiga as Captain Colleen Goodwin. Source Code is about Captain Colter Stevens, who wakes up one morning only to discover he is someone else, part of a government experiment program. He soon discovers that he only has 8 minutes to locate a bomber aboard a commuter train.

Memento is a 2000 psychological thriller film that is based on the short story, Memento Mori, that appeared in the March 2001 issue of Esquire Magazine, written by Jonathan Nolan. The movie stars Guy Pearce as Leonard, as well as Carrier Anne Moss as Natalie and Joe Pantoliano as Teddy. Memento is the story of Leonard, who suffers from anterograde amnesia, as he tries to find the person responsible for the murder of his wife.

Have you seen any other good thinker movies like Inception? Tell us your favorites!