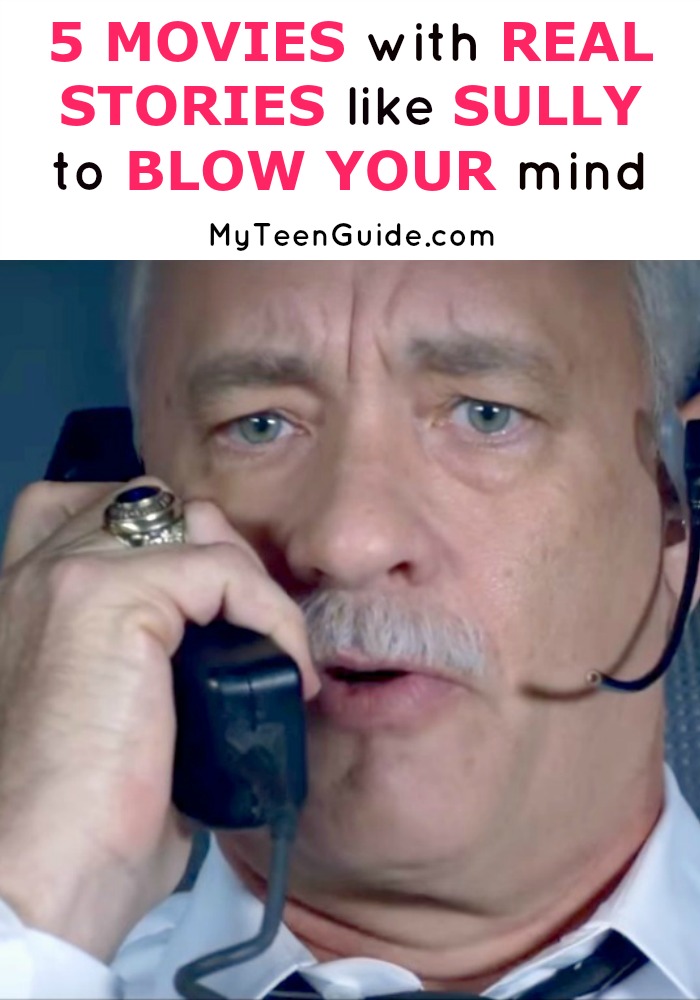 The clock is ticking, and people’s lives are on the line,,, or at least that what happens in these movies that are similar to the brand new movie Sully. Could you handle the pressure of knowing someone else’s life was your responsibility, and that something went terribly wrong? Or that your own life was just teetering up in the sky? Getting goosebumps yet? There is something about a drama that has a real story that happened in real life that can make it feel all the more like you’re inside the movies. The new movie Sully hits theaters soon, and it looks to be an intense flick. In case you and Bae need a few more ideas to watch in the meantime, check out the list of movies like Sully below.

5 Movies With Real Stories Like Sully To Blow Your Mind

Sully is a biographical drama film that will star Tom Hanks, as the role of Chesley “Sully” Sullenberger. The movie will hit theaters on September 9, 2016, and is based on the real-life events of January 15, 2009, also known as the Miracle on the Hudson where US Airways flight 1549 was landed on the Hudson river in an emergency landing. Here are some movies that are like Sully.

Related: Sully Movie Quotes And Trivia To Surprise You

Flight is a 2012 drama movie that stars Denzel Washington as William “Whip” Whitaker, an airline pilot who is forced to make an emergency landing after South Jet Flight 227 from Orlando, Florida to Atlanta, Georgia malfunctions. Out of the 102 people on the plane, only six were lost in the crash. While he is hailed a hero, the investigation of the accident leads to something completely opposite. This movie looks pretty terrifying, but in a different way than movies like Snake On A Plane.

American Sniper is a 2014 biographical war drama movie that is based on the 2012 memoir by Chris Kyle titled American Sniper: The Autobiography of the Most Lethal Sniper in U.S. Military History. The film stars Bradley Cooper as Chris Kyle and Sienna Miller as Taya Kyle, the wife of Chris. The movie chronicles the life of Chris Kyle, who was hailed a hero on the battlefield while his home life is suffering immensely.

The Walk is a 2015 biographical drama movie that is based on the real-life event of Philippe Petit. Petit is a 24-year-old high-wire artist who walked between the World Trade Center’s Twin Towers on August 7, 1974. The movie stars Joseph Gordon-Levitt as Philippe Petit. Whoa, I saw this movie in the theater, and it was CRAZY good. If you watch any movies that are similar to  Sully, this one needs to be there!

Into the Wild is a 2007 biographical drama survival movie that is adapted from the 1996 book of the same name by Jon Krakauer. The film chronicles the travels of Christopher McCandless, who lived his life in the wilderness of Alaska in the early part of the 1990’s. The movie stars Emile Hirsch as Christopher McCandless. If you like movies like Castaway where the story is pretty much told from one character, this is your movie. Christopher McCandless starts off the film at Emory Univeristy, which is right around the corner from where I used to live. I can not imagine picking up and moving to Alaska into the wilderness as he did!

Everest is a 2015 biographical adventure movie that is adapted from the 2000 memoir by Beck Weathers titled Left for Dead: My Journey Home from Everest. The movie showcases a Mount Everest climbing expedition in May of 1996 and it turned into a disaster when a severe snow storm hit. The film focuses on two expedition teams, one led by Scott Fisher, played by Jake Gyllenhaal and the other led by Rob Hall, played by Jason Clarke.

So are these movies like Sully, and these other intense dramas your kind of movie? Can you imagine living these real stories? I want to know what you think down in the comments!