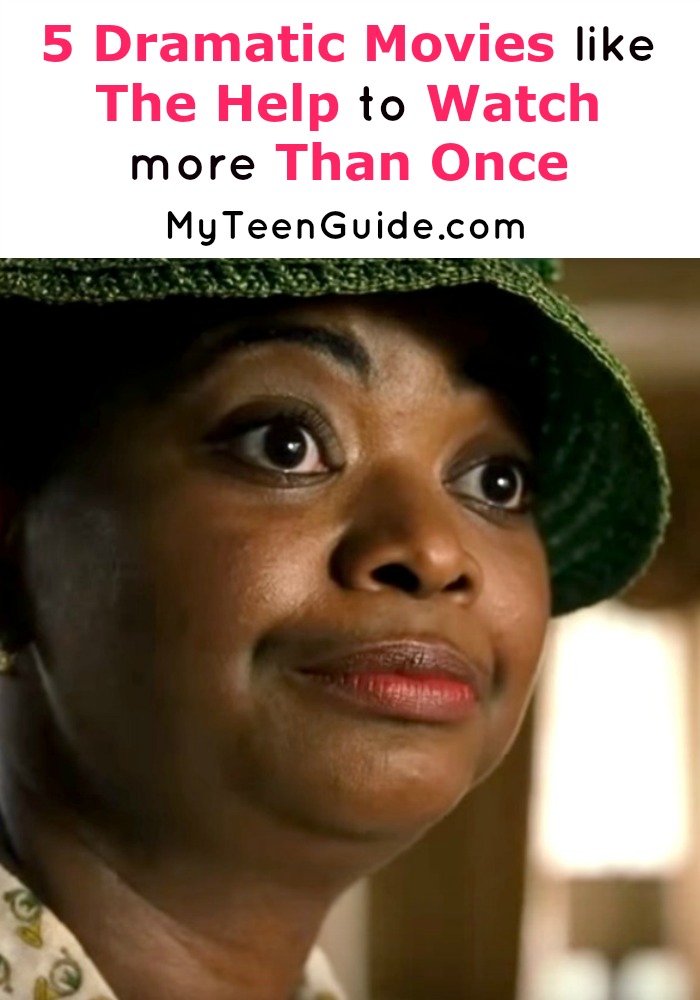 Movies like The Help that dive into tough topics well don’t come around every day. Let’s face it, sometimes the hardest topics aren’t easy for any of us to talk about but a good dramatic movie can make us think, help us open up to great conversations, and sometimes even change for the better. Need some inspiration? Check out these movies like The Help.

Related: 5 TV Shows Like Scandal That You Will Want To Watch Immediately

5 Dramatic Movies Like The Help To Watch More Than Once

The Help is a 2011 period drama movie that is adapted from the 2009 book of the same name by Kathryn Stockett. The movie stars Emma Stone as Eugenia Phelan, Viola Davis as Aibileen Clark and Octavia Spencer as Minny Jackson. Eugenia Phelan is an aspiring author, who writes a book about the lives of two black maids, working for white families during the 1960’s. Here are some movies like The Help.

The Tree of Life

The Secret Life of Bees

The Secret Life of Bees is a 2008 drama movie that is based on the 2001 book of the same name by Sue Monk Kidd. The movie is set is 1964 in South Carolina and focuses on Lily Owens, a teenage girl who leaves town with her caregiver Rosaleen Daise, after she accidentally kills her mother. They end up in a town that her mother grew up in, where she takes a liking to beekeeping and learns the true meaning of love by May, June and August Boatwright and her new love, Zach Taylor. The Secret Life of Bees stars Dakota Fanning as Lily Owens, Jennifer Hudson as Rosaleen Daise, Sophie Okondo as May Boatwright, Alicia Keys as June Boatwright, Queen Latifah as August Boatwright and Tristan Wilds as Zach Taylor.

Ghosts of Mississippi is a 1996 drama movie that chronicles the true story of the 1994 trial of Byron De La Beckwith, a white supremacist who was accused of killing civil rights activist Medgar Evers in 1963. Ghosts of Mississippi stars James Woods as Byron De La Beckwith, James Pickens Jr. as Medgar Evers, Whoopi Goldberg as Myrlie Evers and Alec Baldwin as Bobby DeLaughter.

So what do you think of these movies like the Help? Do you enjoy watching these dramas dealing with tough topis? Tell me in the comments!