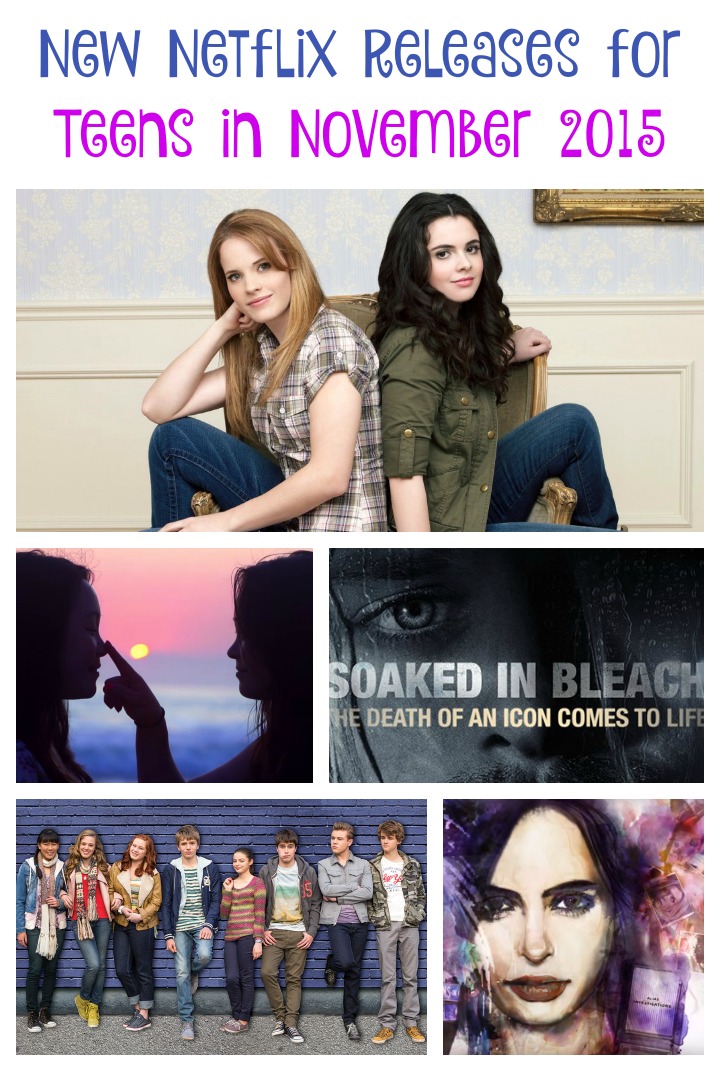 New Releases on Netflix for Teens in November 2015

The Day Kennedy Died showcases the assassination of President John F. Kennedy through rare film footage. In Twinsters, a French fashion student learns online that she has a twin she never knew existed. The Worst Year of My Life, Again showcases the school year that is filled with bullying and girl issues, but when he wakes up, time has reset itself and he has to go through it all over again.

Young & Hungry is about a female food blogger who takes a job as a personal chef, hired by a young tech guru.

Continuum takes place in the year 2077 and Kierra is a police officer after a group of terrorists, who got out of their prison sentences by traveling back to the year 2012. Soaked in Bleach is a docudrama showcasing the death of Nirvana front man Kurt Cobain. I cannot wait to watch this November 2015 release on Netflix. It is one of my favorite shows.

In order to avenge the death of his family, a man sells his soul to a demon. That demon takes the form of a loyal butler.

Jessica Jones is a former super hero, now working as a private investigator in Hell’s Kitchen in NYC when her past comes back to haunt her. I am excited to watch this new Netflix release in November.

Two teens find out they were accidentally switched at birth.

Last Call on Netflix, November 2015: Catch Your Favorites Before They Are Gone

Which of these November 2015 Netflix releases are you planning on watching with your BFF? Tell me!