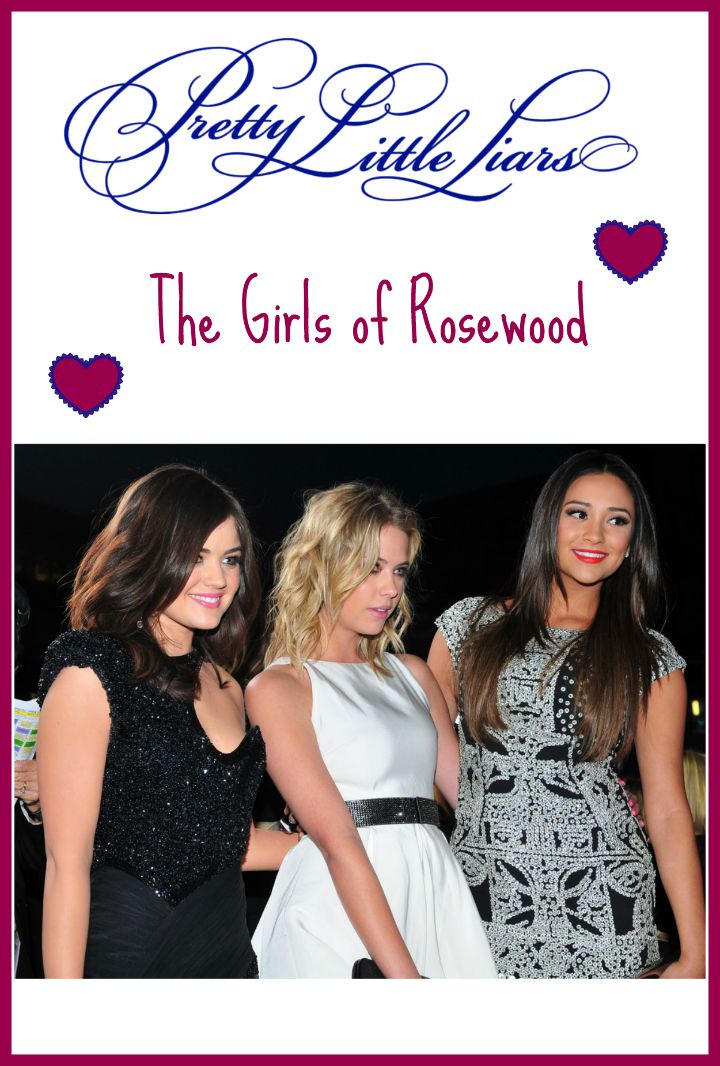 If you’ve been following along, you may have figured out that we’re really into Pretty Little Liars here! The show is coming up on the 6th season summer finale, which means we’ll be stuck without our favorite girls of Rosewood for a while. No worries, you can always binge on past seasons on Netflix and see if you missed any clues leading up to the big A reveal! In the meantime, for those of you who are new to the show, we’ve put together a fun little Pretty Little Liars guide to the Girls of Rosewood!

Spencer Hastings– Spencer is smart, wealthy and over-achieving. She is constantly busy with after-school clubs, internships, field hockey and her parents’ social functions. Spencer is calculating and confident and had no problem putting Alison in her place when needed, something that actually causes the cops to look at her as a possible suspect. She is very competitive, due in part to her sister Melissa always trying to outdo her. Sometimes she comes off as bossy but in reality she is just trying to protect her friends.

Hanna Marin– Hanna is sweet, kind and caring but was often teased for being overweight. After Alison disappeared, Hanna became friends with Mona and lost her weight, in turn becoming the popular girl in town. Hanna is bold, outspoken, witty and sassy yet she can be very gullible. She is also very smart and bright but she often comes off as ditzy because of her sense of humor and sarcasm.

Aria Montgomery– Aria is the artsy one of the bunch. She was greatly affected when she and Alison found out her dad was having an affair with Meredith, a college student. Aria’s father asks her to keep the affair a secret and Alison uses this as an opportunity to tease Aria about the indiscretion. Not long after Alison disappears, Aria moves with her family to Iceland for a short time but eventually move back to Rosewood. She goes to a bar one night and hooks up with her soon-to-be English teacher, Ezra, engaging in an on-again off-again romance with him.

Related: What You Need to Know About the First Season of Pretty Little Liars

Emily Fields– Emily is the jock of the group, her strong talent being swimming, making her one of the best on the swim team. Emily has no brothers and sisters so she is the center of attention with her parents. “A” considers Emily to be the weakest link out of the girls. Emily hits a bit of a rough patch with her parents when she comes out to them. Her father is accepting, but her mother has a harder time with the fact that her daughter prefers girls over boys.

Alison DiLaurentis- Alison was the head honcho of the elite social circle up until she disappears. Alison is considered to be vindictive, manipulative, devilish and secretive but she does have a soft, sweet and caring side too. She has a brother, Jason, whom she was never really close with. Several months after her disappearance, she is found buried alive in the backyard of her former home. Her murder wreaks havoc for just about everyone in Rosewood, as half the town is accused of doing it at some point!

Mona Vanderwaal– Mona is discovered to be the original “A” (at least for Aria, Spencer, Emily and Hanna) and was then sent to Radley Sanitarium to undergo treatment. Mona is extremely self-conscious and was the victim of taunting and bullying when Alison was around her. Mona isn’t really liked by the other girls, except for Hanna, her best friend. Mona speaks French fluently, can do voice impressions and is skilled at hacking computers.

Jenna Marshall– Jenna became blind when she was the victim of a prank-gone-wrong by Alison. The liars often refer to this incident as “The Jenna Thing.” Jenna moved to town after her mother and Toby’s father got married and she was very popular at school. However, Jenna is extremely manipulative and aggressive. She manipulated Toby, her step-brother into having sex with her by threatening to accuse him of rape.

Paige McCullers– Paige is a great swimmer and on the swim team at school, where she is very competitive with Emily. However, Paige soon discovers she is a lesbian and in love with Emily, so the two date briefly. Paige was thought to be A by Spencer, Hanna and Aria but she is later cleared as a suspect.

Other girls come and go, but these Girls of Rosewood play the most pivotal role in the plot throughout all the seasons of Pretty Little Liars.

If we missed one of your favorite minor Pretty Little Liars players, be sure to let us know in the comments!