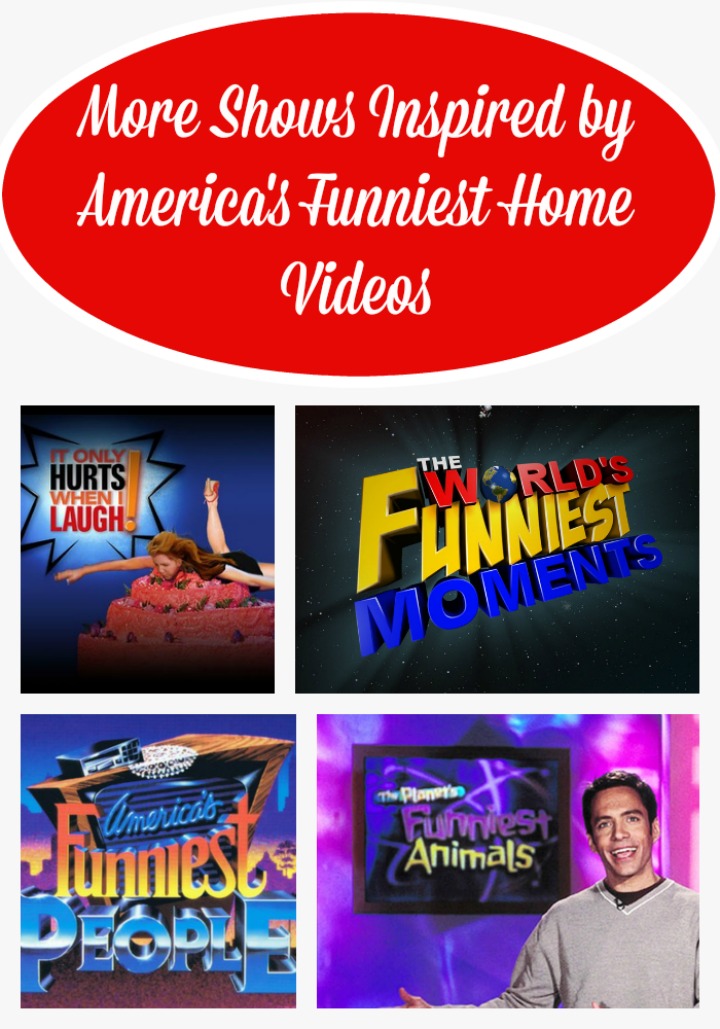 Insanely popular shows like America’s Funniest Home Videos are guaranteed to spawn a few copycats, and AFV has definitely inspired a whole new generation of look-alike shows. While it’s hard to match the success of AFV, a few attempts stood out over the years more than others. Check out other shows like America’s Funniest Home Videos that really captured our attention.

America’s Funniest People was a reality series on ABC television. The show premiered on May 1, 1990 as an hour long special and then was changed to a weekly 30 minute show that ran from September 8, 1990 to August 28, 1994. Dave Coulier and Arleen Sorkin were the hosts from 1990-1992 until Sorkin was replaced in 1992 by Tawny Kitaen. The format of the show is similar to AFV with a few differences. AFP features video clips of people actually trying to be funny, doing things on tape like telling jokes, dancing, singing, doing impressions, pulling pranks and attempting wacky stunts. Where AFV uses the studio audience to choose the winners, America’s Funniest People used telephone votes and the winners are not announced until the start of the next episode.

The Planet’s Funniest Animals is a television program that aired on the cable channel Animal Planet from 1999-2008. The show was hosted by Matt Gallant from 1999-2005 and Keegan Michael Key from 2005-2008. People send in homemade videos featuring funny, odd and strange behaviors of family pets and wild animals. It had regular features like Animals in the News, This Old Clip and Ani-Mail.

It Only Hurts When I Laugh

It Only Hurts When I Laugh is a television series that was featured on TruTV from October 22, 2009 to June 23, 2011. The show features funny and painstaking acts that are caught on tape from crazy situations to dumb moments to zany stunts. A narrator is used instead of an actual host. The show has had two narrators: Thom Kikot and Frank Nicotero.

The World’s Funniest Moments aired on MyNetworkTV from 2008-2009 and has been in syndication since 2010. The show was hosted by Arsenio Hall from 2008-2009 and syndications shows are hosted by Erik Estrada and Laura McKenzie. The show has been described as “capturing life’s most outrageous moments caught on tape.” The show does not award cash prizes but instead selects one video to be awarded the Viral Video of the Week.