Spider-Man party themes are a perfect hit for kids of all ages, from the toddler years through middle school. This is one super hero with staying power!  Of course, you can’t have a party without games, can you? Check out these fun Spider-Man party games for kids to really turn your party into a smashing success. 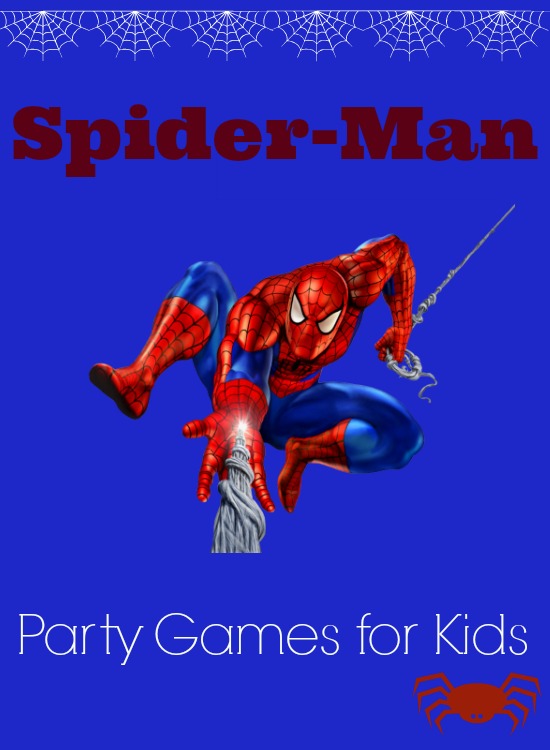 Pin the Web on the Villain

Grab a piece of cardboard and tape or tack it to the wall. Paste some photos of Spider-Man villains, such as Green Goblin or Venom, on the cardboard. Give kids printouts of spider webs with double-sided tape attached to it. Blindfold the kids, spin them around and challenge them to pin the web on the villain. The child who gets the most villains wins. It’s one of my favorite Spider-Man party games.

This is one of the easiest Spider-Man party games! You’ll need a bucket and some small plastic spiders. Place the buckets a set distance away from the kids (distance varies depending on the ages, younger ones will need closer buckets). Challenge children to toss the spiders in the buckets. The one who gets the most spiders in wins the game.

This is a fun variation on different “pass the object” party games for kids. Grab two balls, one red and one blue for Spider-Man’s colors. Have the kids sit in a circle. Give one child a red ball and one the blue one. Ask the red player to pass to the left and the blue to the right. Basically, the object is to make sure no one ever has both of the balls. While the kids are passing the balls, play some Spider-Man theme music. Stop it randomly. The child with the red ball is out. The last child holding the blue one wins the game.

In this Spider-Man party game, get a huge piece of cardboard (or tape several pieces together) and draw webs on it with strong and sticky glue. After that, add glitter to the glued region and trace all the villains of Spiderman on the cardboard. Let it dry (unless you want the kids tracking glue all over the house). Ask the kids to walk along the webs while the music is being place. If any kid stands on villain character just after the music stops, he is out of the game. The entire thing continues till the last kid wins.

Try these intriguing games at your Spider-Man party to amuse everyone and make your kids go gaga about it. These Spiderman party game ideas are sure to be a huge hit at your child’s super-hero party. Check out our other fun Party Games for kids too and some Spider-Man Toys to have extra fun.