Movies To Be Excited About! The Huntsman: Winter’s War Trivia And Quotes 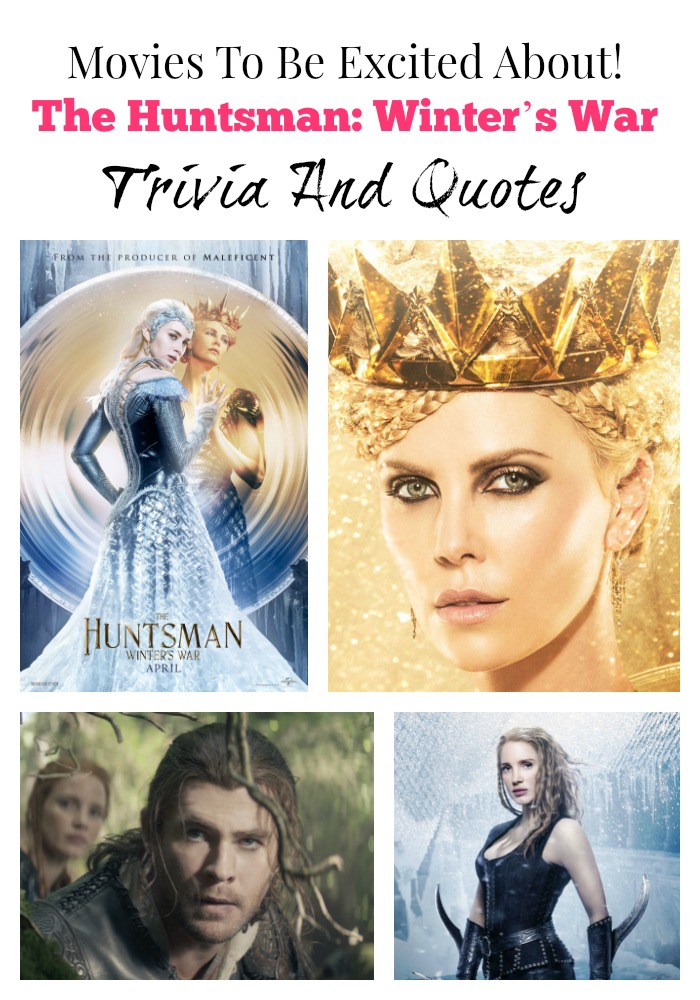 You guys, I am so excited about putting together this The Huntsman: Winter’s War trivia. This movie looks like everything you would want out fo a dark, fantasy film. This movie is coming out in theaters very soon, and I can’t wait to get myself to the theater. Seriously, the costumes alone will have you drooling. Our bits of The Huntsman: Winter’s War trivia and quotes not only will catch you up, but you’ll also look super smart when you see the movie! I also included the trailer so you can have a fan moment with me. Ready?

The Huntsman: Winter’s War is a 2016 dark fantasy action adventure movie set to be released in theaters on April 22, 2016. The movie is based on the Brothers Grimm fairytale Snow White and Hans Christian Andersen fairytale The Snow Queen. The movie stars Chris Hemsworth, Charlize Theron, Sam Claflin and Nick Frost. The movie is a prequel/sequel to the 2012 Snow White and the Huntsman. While the first movie did ok, this second movie is slated to be truly epic. You don’t have to have seen the 2012 version to enjoy it, but I always like to catch up before I see another movie in a series myself.

14 thoughts on “Movies To Be Excited About! The Huntsman: Winter’s War Trivia And Quotes”