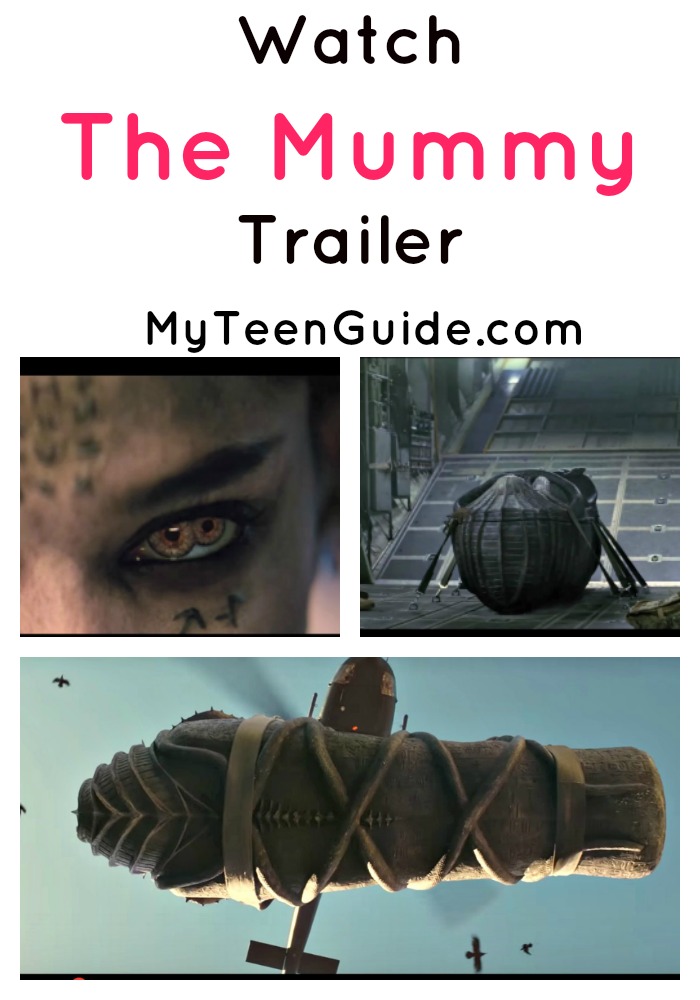 The first few seconds from the Mummy Trailer reminded me of the Mission Impossible movies! Between Nick Morton (Tom Cruise) and his partner levitating inside the plane to the spectacular crash of the craft! It’s almost a Déjà vu scene but with a supernatural twist: human being (or something else) with strange eyes! (See those double pupils in the picture above)! The rest of the movie trailer is a combination of action (Mission Impossible style), horror and supernatural powers! While the first part of the trailer did not impress me much, I was drawn to the second part where we see the crew in the morgue and the main character (Tom Cruise) waking up, followed by a series of spectacular scenes !

Watch the Mummy Trailer below and see for yourself!

The Mummy movie combines horror, adventure, and action. It is due to hit theaters on June 9, 2017. The movie is a reboot of the Mummy movie franchise and will be the first movie in the Universal Monsters Cinematic Universe. Universal Studios currently has 5 other movie installments in production for the Universal Monsters Cinematic Universe. These movies are currently untitled, but one is an Invisible Man movie, one a Wolf Man film, one a Van Helsing movie, one a Creature from the Black Lagoon film and one a Bride of Frankenstein movie.

The Mummy tells the story of Ahmanet/The Mummy, an ancient queen who is awakened, in the present day, from an underground crypt, after her destiny was taken from her unjustly. Ahmanet doesn’t come empty-handed, though, as she brings with her an evil that has been building for hundreds of years.

Tom Cruise is set to star in The Mummy, although not much is currently known about his character. What we do know so far is that his character’s name will be Nick Morton and he will be someone who will race against time to attempt to not only defeat Ahmanet/The Mummy but also send her back to the underground crypt she came from.

The Mummy will take place in modern day times, as compared to the Mummy trilogy movies.

While most people know who Tom Cruise and Russell Crowe are, the other names may not be as familiar. Here is a rundown of who the other actors/actresses are:

This is all we know so far about the Mummy Movie! Did you watch the trailer? What did you think of it? Let me know in the comment!