Looking for more emotionally charged shows like 13 Reasons Why? We’ve rounded up 10 great shows that will give you all of the feels. Check them out! 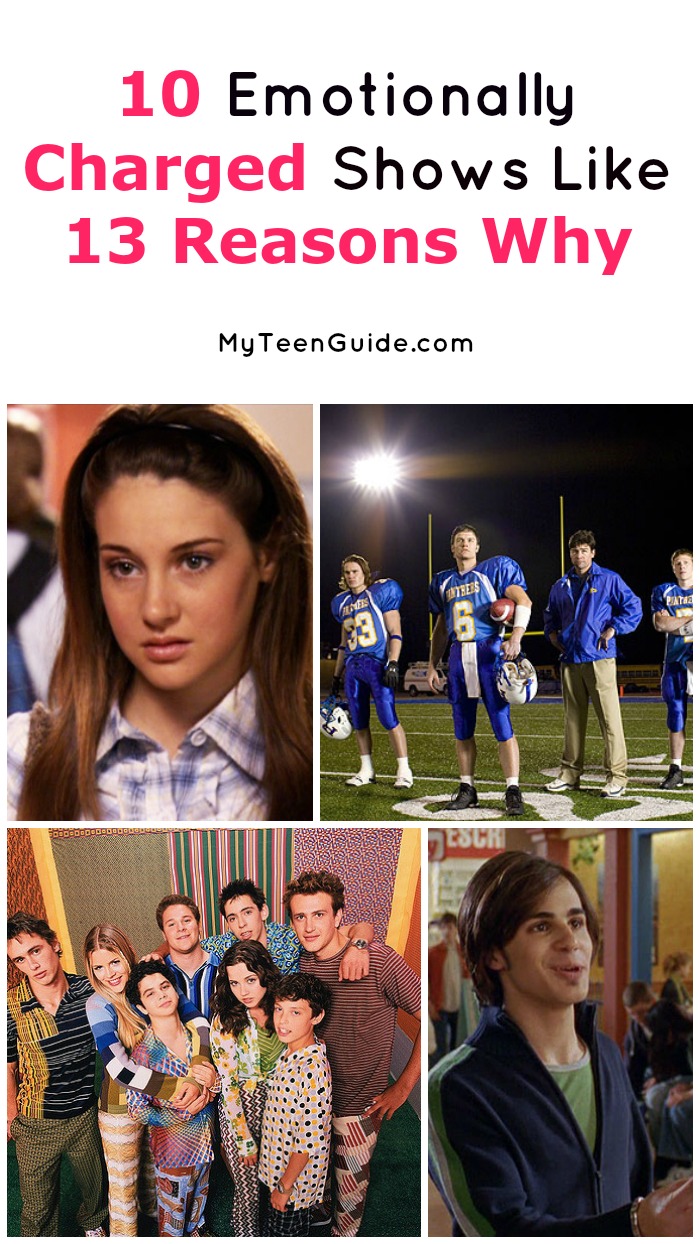 If you haven’t heard of it, 13 Reasons Why is a drama, mystery television series on Netflix. It has aired for one season so far, premiering on March 31, 2017. The show is based on the 2007 book of the same name by Jay Asher. While critics both applaud and condemn the incredibly emotional series, you can’t deny that it has definitely gotten some very important conversations started. Keep that conversation going by checking out some of these other  TV shows like 13 Reasons Why.

Related: 13 Things You Did Not Know about 13 Reasons Why

Andi Mack is a comedy, drama television series that has aired on the Disney Channel, for 2 seasons so far, premiering on April 7, 2017. Andi Mack (Peyton Elizabeth Lee), navigating her way as a teenager, discovers that Bex (Lillian Bowden) is actually her mother and not her older sister.

Awkward is a teen comedy television series that aired on MTV, for 5 seasons, from 2011 to 2016. Jenna Hamilton (Ashley Rickards) is a teenager who is struggling with her identity, boy problems and peer pressure.

3- Degrassi: The Next Generation

Degrassi: The Next Generation is a Canadian teen drama television series that aired for 14 seasons, from 2001 to 2015. It is the 4th series in the Degrassi franchise- Degrassi High (1989 to 1991), Degrassi Junior High (1987 to 1989) and The Kids of Degrassi Street (1979 to 1986). The series follows the lives of students at the Degrassi Community School, as they face issues like bullying, racism and suicide. The cast of Degrassi: The Next Generation is large, with over 80 cast members throughout its 14 seasons.

East Los High is a teen drama television series that has aired on Hulu, for 4 seasons so far, premiering on June 3, 2013. The show focuses on the lives of a group of students at an East Los Angeles high school, mainly focusing on a pair of cousins, Jessie Martinez (Janine Larina) and Maya Martinez (Alicia Sixtos).

Freaks and Geeks is a teen comedy, drama television series that aired on NBC for 1 season, from 1999 to 2000. It centers around teenagers, Lindsay Weir (Linda Cardellini), who hangs out with troubled slackers and her brother, Sam (John Francis Daley), who hangs out with geeks.

Friday Night Lights is a teen sports, drama television series that aired on NBC for 5 seasons, from 2006 to 2011. It is based on the 1990 book, of the same name, by H.G. Bissinger and the 2004 movie, of the same name. Set in a small town in Texas, the series focuses on football coach, Eric Taylor (Kyle Chandler) and his team, who deal with issues including abortion, drugs and low economic opportunities.

Gossip Girl is a teen drama television series that aired on The CW for 6 seasons, from 2007 to 2012. It is based on the 2002 book, of the same name, by Cecily von Ziegesar- which is the first in a series of 14 books. The show is narrated by a well-informed blogger, known as Gossip Girl (voiced by Kristen Bell) and showcases the lives of privileged high school students in Upper Manhattan.

Skins is a British teen drama television series that aired for 7 seasons, from 2007 to 2013. There was a U.S. version that aired on MTV for one season, in 2011. Because the series changed cast members every 2 years, the cast list is huge. The series showcases the lives of a group of teenagers growing up in South West England, as they deal with issues such as bullying, dysfunctional families and mental illness.

Sweet/Vicious is an action, crime, comedy television series that aired on MTV for 1 season, from 2016 to 2017. The series centers around a pair of college students, Jules Thomas (Eliza Bennett) and Ophelia Mayer (Taylor Dearden), who go undercover as vigilantes to bring sexual assailants to justice.

10- The Secret Life of the American Teenager

The Secret Life of the American Teenager is a teen drama television series that aired on ABC Family (now Freeform) for 5 seasons, from 2008 to 2013. The show focuses on Amy Juergens (Shailene Woodley) and the aftermath of her unplanned pregnancy.

While not all of these shows have the same devastating emotional impact as 13 Reasons Why, they all do a great job of highlighting different aspects of life as a teenager, that’s for sure.