5 TV Shows Like Emerald City That Will Sweep You Away 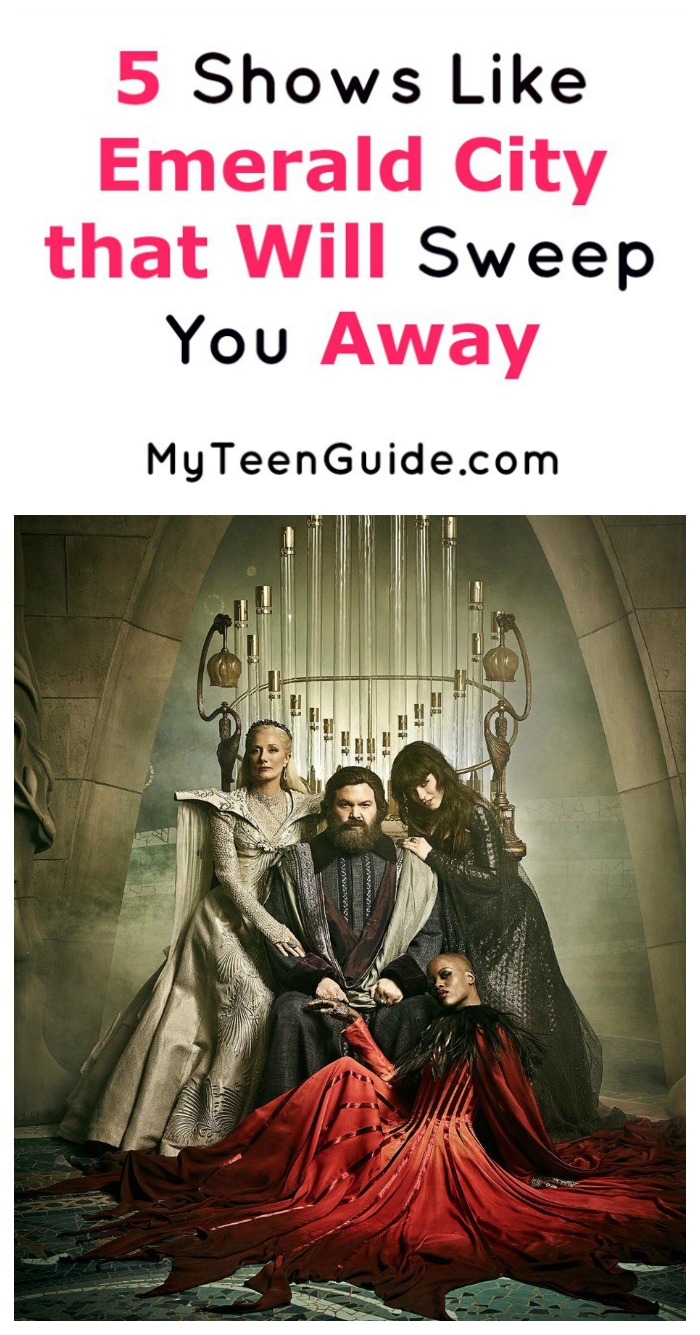 Can’t get enough of the not so wonderful Wizard of Oz? We’re sharing a few more of our favorite great shows like Emerald City that will sweep you away! If you haven’t been watching this epic fantasy show, you’re missing out! Besides giving us a unique spin on a classic story, Emerald City is visually stunning to watch! It’s so far removed from the Oz that we think we all know that, aside from a few character names, it’s a complete reboot.

The series is currently in its 1st season, which premiered on January 6, 2017. It stars Adria Arjona as Dorothy Gale, who is sent to Emerald City, from her home in Lucas, Kansas, via a tornado. Here are some other great television shows like Emerald City.

is a fantasy police procedural drama series that has aired on NBC for 6 seasons, premiering on October 28, 2011. The series focuses on Nick Burkhardt, a homicide investigator with the Portland Police Department, who discovers he is descendent from Grimms, a line of guardians that hunt Wesen, different creatures that, for the most part, live in human form until they “woge.”  FYI, the “w” in both Wesen and Woge is pronounced like a “v.” Early on in the series, Nick learns that not all Wesen are the evil monsters his ancestors thought they were. Grimm stars David Giuntoli as Nick. The series is ending this year, so you’ll be able to binge on the entire thing soon. Watch season one now with Amazon Prime.

Once Upon a Time

Once Upon a Time is a fairy tale fantasy television series that has aired on ABC for 6 seasons, premiering on October 23, 2011. The series features various elements from literature, fairy tales and folklore, including Snow White, Prince Charming, Pinocchio and Robin Hood. It takes place in the town of Storybrooke, Maine, where all the residents are actually characters from an array of fairy tales. Once Upon a Time has an array of cast members including Ginnifer Goodwin as Snow White, Lana Parrillas the Evil Queen, Josh Dallas as Prince Charming and Jennifer Morrison as Emma Swan.

Powerless is an action comedy that will air on NBC, premiering on February 2, 2017. The series takes place in the DC Universe and showcases the adventures of Emily Locke, who works for a company that create products for people to defend themselves from superheroes and supervillains. Powerless stars Vanessa Hudgens as Emily.

Sleepy Hollow is a supernatural drama television series that has aired on Fox for 4 seasons, premiering on September 16, 2013. The series is loosely based on the 1820 short story titled, The Legend of Sleepy Hollow by Washington Irving. The series takes place in the town of Sleepy Hollow, New York and centers on the life of Ichabod Crane, who is resurrected and sent back 250 years in time. Sleepy Hollow stars Tom Mison as Ichabod.

The Magicians is a fantasy television series that has aired on Syfy for 2 seasons, premiering on January 25, 2016. It is based on the 2009 book of the same name by Lev Grossman. The series follows a group of students at Brakebills University for Magical Pedagogy. The Magicians stars Jason Ralph as Quentin Coldwater, Stella Maeve as Julia Wicker, Olivia Taylor Dudley as Alice Quinn, Hale Appleman as Elliott Waugh and Summer Bishil as Margo Hanson.

Have you watched any of these awesome TV shows like Emerald City? Which is your favorite?