10 Fabulous Girl-Power TV Shows Like Glow That We Love 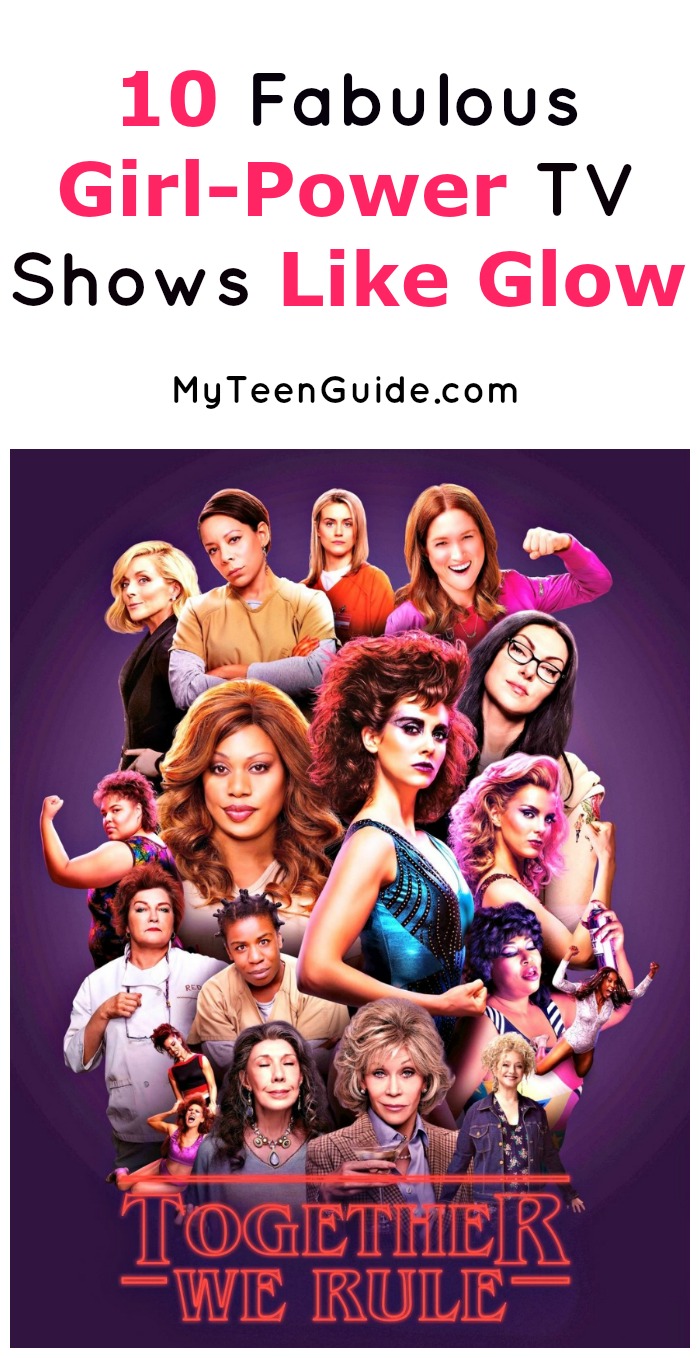 GLOW is a comedy, drama television series that has aired on Netflix, for 1 season so far, premiering on June 23, 2017. It is the 2nd all-female wrestling television show, with Glow: Gorgeous Ladies of Wrestling, which aired from 1986 to 1990, being the first. Here are some other TV shows for you to watch that are like GLOW.

GLOW: Gorgeous Ladies of Wrestling is an action, comedy television series that aired for 4 seasons, from 1986 to 1989. The series features actresses, dancers, models and stunt women, whose dreams were to make their mark in show business.

2. GLOW: The Story of the Gorgeous Ladies of Wrestling

3. Lipstick and Dynamite, Piss and Vinegar: The First Ladies of Wrestling

This show is a 2004 documentary that features the beginning years of women’s professional wrestling. It focuses on 6 of the most famous women wrestlers in history- Ella Waldek, Gladys Gillem, Ida Mae Martinez, Mae Young, Penny Banner and The Fabulous Moolah.

Nikki is a comedy television series that aired for 2 seasons, from 2000 to 2002. The series focused on Nikki (Nikki Cox) and her husband, Dwight (Nick von Esmarch) White. Nikki works as a Las Vegas showgirl, while Dwight is a professional wrestler.

Total Divas is a reality television series that has aired for 7 seasons so far, premiering on July 28, 2013. It features the personal and professional lives of WWE female wrestlers, including Brie and Nikki Bella, Natalya, Naomi and Eva Marie.

WOW Superheroes is a series of live events and programs, featuring the Women of Wrestling. The program airs on the Official WOW Superheroes YouTube Channel, making its premiere on March 1, 2016.

WWE Diva Search is a talent competition television series that aired for 4 seasons, from 2004 to 2007. The series featured an array of women competing for a contract to be a WWE Diva.

If you’re a fan of Roller Derby, this reality TV show is definitely one to watch! It follows the lives and dramas of the women of Texas Roller Derby. The show first aired in 2006 and lasted one season. Each of the 13 episodes focuses on a different Rollergirl.

While some of these shows like Glow are episodic and easy to find on Netflix, Hulu and the like, others are a bit older and more sporadic. If you have a hard time finding them on your favorite streaming service, try YouTube. You’ll find a lot of clips and even full episodes of older wrestling shows.