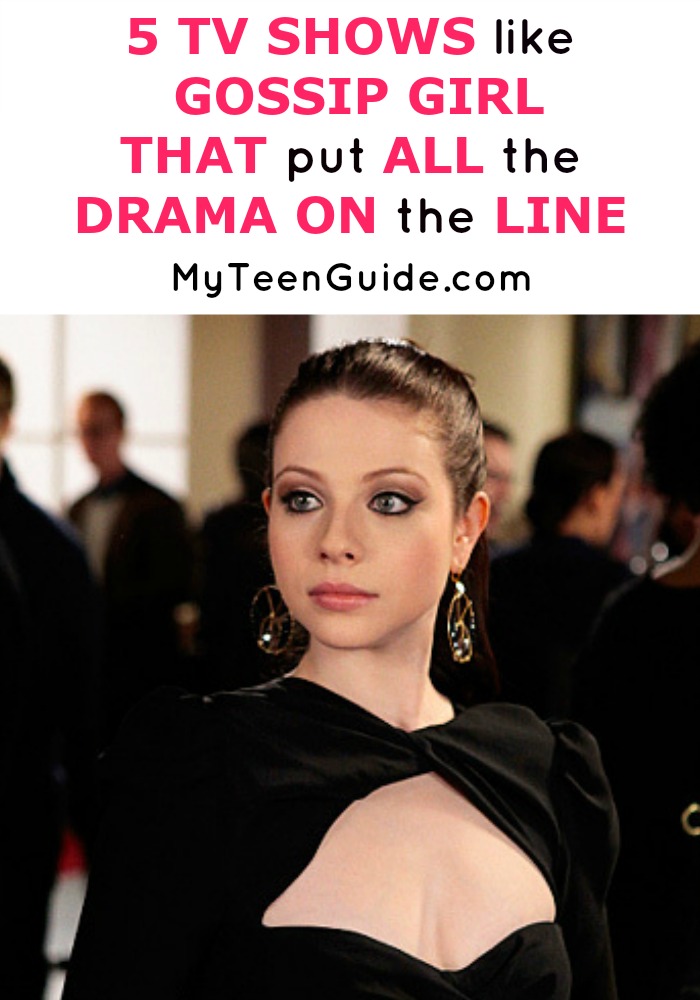 Sometimes I can’t believe Gossip Girl is really over, and I just need a fix of other shows to like and get lost in. Has it really been four years since that series ended, yikes! It feels like just yesterday that I was anxiously waiting for it to come on every week! Well for all of you who still are missing a piece of your heart for the drama, the glamor, and the secrets, here are some other shows you have to watch.

Gossip Girl is a teen television drama series that is based on the young adult series of the same name by Cecily von Ziegesar. The series aired on The CW for six seasons, from September 19, 2007, to December 17, 2012. The show featured a blogger, known as Gossip Girl, who was constantly watching the privileged NY Upper East Side teenagers, who find they can’t hide their secrets from her. Gossip Girl stars the voice of Kristen Bell, along with Blake Lively, Leighton Meester, Chace Crawford, Penn Badgely, Taylor Momsen, Ed Westwick and Kelly Rutherford. This show brings the drama! Here are some other TV shows like Gossip Girl to feed your next binge.

Privileged is a comedy-drama television series that aired on The CW for one season, from September 9, 2008, to February 24, 2009. The series stars Joanna Garcia, Lucy Hale, Ashley Newbrough, Anne Archer, Michael Cassidy, Brian Hallisay and Kristina Apgar. The series chronicled the life of Megan Smith, a Yale graduate, who takes on the job of a live-in tutor, for cosmetics mogul Laurel Limoges, for her two very spoiled granddaughters, Rose and Sage.

90210 is a teen drama television series that aired on The CW for five seasons, from September 2, 2008, to May 13, 2013. The series follows the lives of a group of wealthy West Beverly Hills High School students upon graduation. The series features an all-star cast, including Shenae Grimes, Tristan Wilds, Rob Estes, Jessica Walter and Lori Loughlin. You can find episodes of 90210 on Netflix!

Pretty Little Liars is a drama, mystery, thriller teen television series that is based on the young adult novels, of the same name, by Sara Shepard. The series airs on ABC Family and premiered on June 8, 2010, with season 6 concluding on March 15, 2016. The show focuses on the lives of four friends, who find themselves bonding together to solve their best friend’s murder and to find out who is threatening to expose their darkest secrets. The series stars Troian Bellisario, Ashley Benson, Laura Leighton, Shay Mitchell and Sasha Pieterse. There are several seasons of Pretty Little Liars on Netflix, and here on MTG it’s one of our favorite shows to watch!

The O.C. is a teen drama television series that aired on Fox for four seasons, from August 5, 2003, to February 22, 2007. The O.C. stands for Orange County and chronicles the life of Ryan Atwood, a troubled teen who is adopted by a wealthy couple; his foster brother, Seth, who is socially awkward; neighbor Marissa Cooper, Summer Roberts, Seth’s crush and Taylor Townsend, the loner girl. The series stars Peter Gallagher, Kelly Rowan, Benjamin McKenzie, Adam Brody, Mischa Barton, Rachel Bison and Autumn Reeser.

New Girl is a sitcom television series that premiered on Fox on September 20, 2011, and wrapped up season 5 on April 12, 2016. The series centers on Jess Day, a young teacher who moves in with three young men, Nick, Winston, and Schmidt, after the breakup with her boyfriend, Spencer. Jess is rather offbeat most of the time, and while this annoys the guys at times, they are usually there when she needs their support.This is great when you need funny shows to watch too! The show stars Zooey Deschanel, Jake M. Johnson, Max Greenfield and Lamorne Morris. You can find this show streaming on Netflix, woohoo!

You have to have a favorite drama filled show! Which one of these TV shows like Gossip Girl do you love? Talk to me down in the comments!