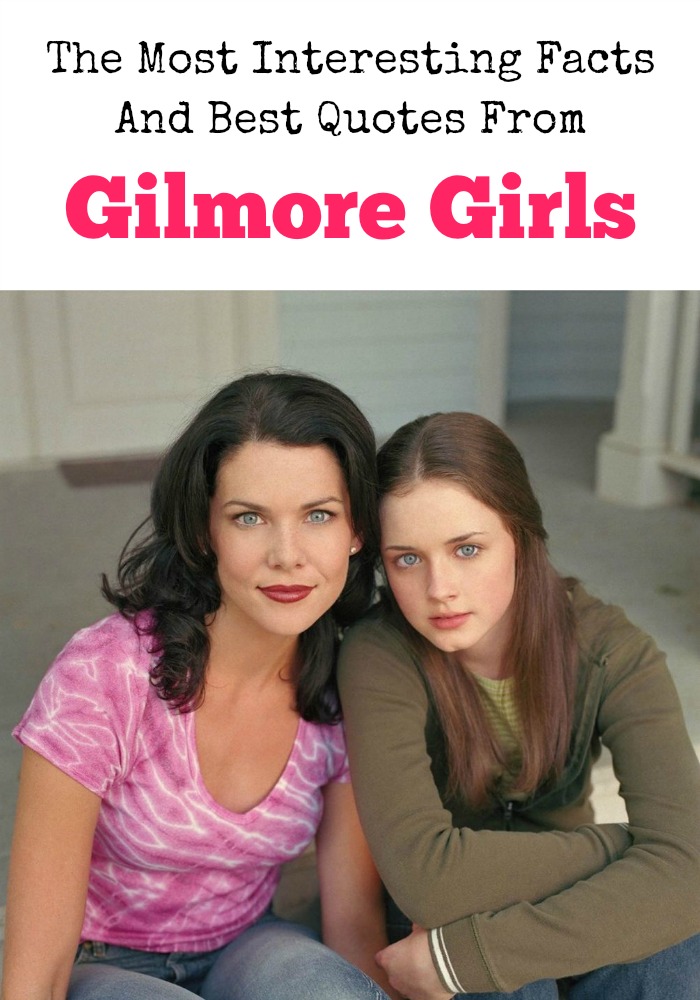 Did you hear that Gilmore Girls is back on Netflix? Gilmore Girls is a comedy and drama television series that premiered on October 5, 2000, and ran until May 15, 2007. On January 29, 2016, Netflix announced that Gilmore Girls would return as a limited run, featuring four episodes that are 90 minutes each. With the tentative title of Gilmore Girls: Seasons, all of the main cast will be reprising their roles. (Yasssss! For a while there it looked like Melissa McCarthy wasn’t going to be joining as Sookie, but now she’s in ya’ll!) As a refresher before the new series hits Netflix, here are some of the most interesting facts and best quotes from the original Gilmore Girls series.

The Most Interesting Facts And Best Quotes From Gilmore Girls

Lorelai- “My mother- she was here. I can feel it.”

Lorelai- “The room- it smells like guilt and Chanel No. 5.”

Conversation between Lorelai and Luke:

Lorelai- “Then you’ll have to entertain me until she arrives. Okay burger boy, dance.”

Lorelai has a shocked look on her face.

Luke- “Just looking for something to shut you up.”

Conversation on the phone between Lorelai and Rory:

Lorelai- “Oh, you know what? I have someone standing abnormally close to me right now. I’ll call you later.”

The best quotes from Gilmore Girls always seem to bring a little shock value to the plot. Do you know any other tidbits of juicy gossip about this show? Tell me in the comments!