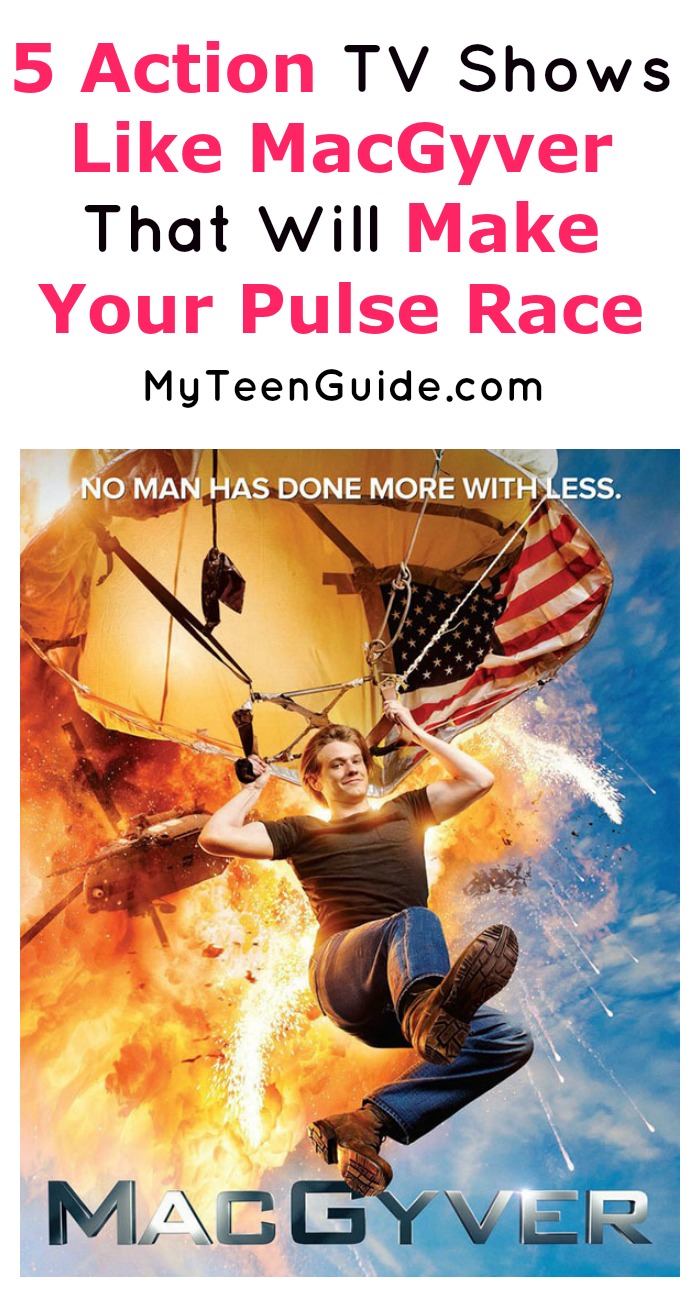 Looking for a few more heart-pounding action TV shows like MacGyver? Check out these 5 great shows that will keep your blood pumping every week! If you haven’t seen it yet, the new MacGyver is an action-adventure television series that airs on CBS. It premiered on September 23, 2016 and is a reboot of the television series of the same name that aired on ABC for 7 seasons from September 29, 1985 to May 21, 1992, starring Richard Dean Anderson as Angus MacGyver. The show stars Lucas Till as Angus MacGyver. Here are some other TV shows like MacGyver.

Related:The Best Action Adventure Movies On Netflix To Keep You On The Edge Of Your Seat

Arrow is an action, crime, drama television series that has aired for 5 seasons on The CW, premiering on October 12, 2012, with season 5 premiering on October 5, 2016. The series is based on the character Green Arrow from DC Comics. The series focuses on the life of Oliver Queen, a playboy billionaire who was stranded on a hostile island, only to come home and become a vigilante who fights crime to make his city better. Arrow stars Stephen Amell as Oliver Queen/Green Arrow.

Luke Cage is an action drama television series that has aired for 1 season on Netflix, premiering on September 30, 2016. Netflix renewed the series for a 2nd season, set to air some time in 2017. The series is based on the character of the same name from Marvel Comics. The series follows the life of Luke Cage, an ex-convict who possess superhuman strength and fights crime. Luke Cage stars Mike Colter as Luke Cage.

Shooter is an action drama television series that has aired for 1 season on USA, premiering on November 15, 2016. USA renewed the series for a 2nd season on December 19, 2016, with no release date scheduled as of yet. The series is based on the 1993 book titled Point of Impact by Stephen Hunter and is also based on the 2007 movie of the same name. The series showcases the life of Bob Lee Swagger, an expert marksman who is coaxed back into action to stop a plot involving the assassination of the president. Shooter stars Ryan Phillippe as Bob Lee Swagger.

Scorpion, an action-drama television series that has aired for 3 seasons on CBS is one of my favorite TV shows like MacGyver! It premiered on September 22, 2014, with season 3 premiering on October 3, 2016. The series is based on the real-life of Walter O’Brien, a computer expert and founder of Scorpion Computer Services. The series follows the life of Walter O’Brien, who puts together a team of super-geniuses to help solve complicated global issues. Scorpion stars Elyes Gabel as Walter O’Brien.

Daredevil is an action, crime, drama television series that has aired for 2 seasons on Netflix, premiering on April 10, 2015. Netflix renewed the series for a 3rd season, to be aired some time in 2018. The series is based on the character of the same name from Marvel Comics. The series focuses on the life of Matt Murdock, who is a blind lawyer during the day and a crime-fighting vigilante at night. Daredevil stars Charlie Cox as Matt Murdock/Daredevil.

Have you watched any of these great action shows like MacGyver? Which are your favorites?