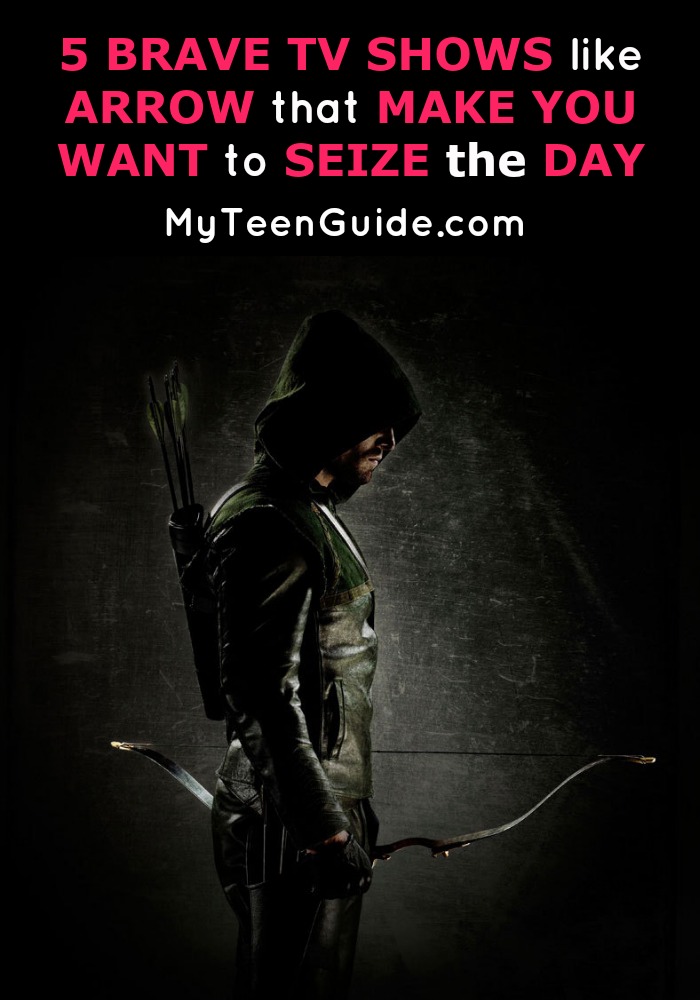 Superhero fans can cheer because I’ve got a list of TV shows likes Arrow that you’re going to love. Arrow is the first superhero TV show in a while to get a major nod from viewers, but that doesn’t mean that there aren’t some other fab shows that are killer. I’ve taken a look at all of the action and adventure and found some of the top shows you’re going to want to binge watch. Check out the list below!

Arrow is an action, mystery, and drama television series that premiered on The CW on October 10, 2012. Season 5 of the series is set to premiere on October 5, 2016. The series follows the life of Oliver Queen, a spoiled wealthy playboy that found himself stranded on an island for 5 years, after being presumed dead. He returns home a whole new person, now a secret vigilante, who fights crime with a bow and arrow. Arrow stars Stephen Amell, and quickly became a top show to watch! Here are some TV shows like Arrow.

The Flash is a superhero fiction, action television series that premiered on The CW on October 7, 2014. Season 3 of the series will premiere on October 4, 2016. It is based on the character, Barry Allen/Flash from DC Comics and is a spin-off of Arrow. The series showcases the life of Barry Allen, an assistant forensic investigator with the Central City Police Department. Allen wakes up from a coma, after he was struck by lightning, only to discover that he now has superhuman speed. Flash stars Grant Gustin. This show feels a lot like Arrow, but in the best possible way because it gives us another great top show to watch.

Legends of Tomorrow is an action, adventure television series that premiered on The CW on January 21, 2016. Season 2 of the series will premiere on October 13, 2016. It is a spin-off of both Arrow and The Flash. The series focuses on Rip Hunter, a time-traveling rogue, who travels to present-day to put together a team of villains and heroes in order to stop the evil Vandal Savage. Savage is responsible for murdering Rip Hunter’s family and is now trying to destroy the world. Legends of Tomorrow stars Arthur Darvill, Victor Garber, Brandon Routh, Caity Lotz, Franz Drameh, Dominic Purcell and Amy Pemberton.

Smallville is a superhero fiction, drama television series that aired on The CW for 10 seasons, from October 16, 2001 to May 13, 2011. It is based on the character of Clark Kent/Superman from DC Comics. The series chronicles the life of Clark Kent, at first trying to deal with normal teenage life and later, his job as a reporter with the Daily Planet, all while dealing with the fact that he possesses superhuman abilities. Smallville stars Tom Welling.

Supergirl is a superhero fiction television series that also incorporates drama, action and adventure. It premiered on CBS on October 26, 2015, with season 2 of the series to premiere on October 10, 2016. It is based on the character of Kara Zor-El/Supergirl from DC Comics. The series showcases the life of Kara Zor-El, who is the biological cousin of Superman. Supergirl stars Melissa Benoist.

Constantine is a drama, horror television series that aired on NBC for 1 season, from October 24, 2014 to February 13, 2015. It is based on the character of John Constantine from DC Comics. The series follows John Constantine, a demon hunter who has turned into a supernatural detective. Constantine stars Matt Ryan.

So what do you think of these TV shows and do you know of any more to shows to watch like Arrow? Tell me all of your favs in the comments!