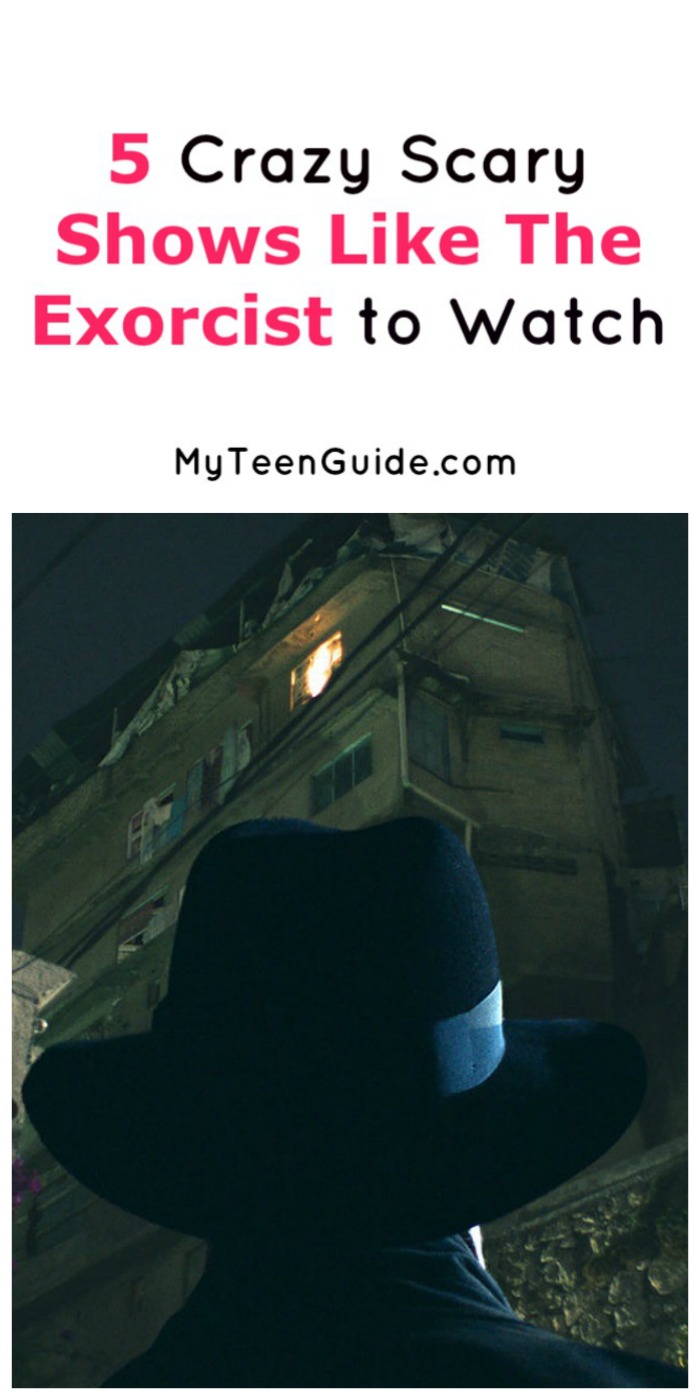 Love super creepy TV shows like The Exorcist on FOX? You have to check out these five shows to add to your streaming list! Granted, some of them aren’t quite as “hide under the blanket” scary as the spookiest tale of possession ever to come out of Hollywood, but they’re among my favorites for when I want something spooky! Check them out, then share your favorites with us!

The Exorcist is a horror drama television series that airs on Fox and debuted on September 23, 2016. It is the sequel to the 1973 movie of the same name and is also based on the 1971 book of the same name by William Peter Blatty. The Exorcist stars Geena Davis as Angela Rance, Alan Ruck as Henry Rance, Hannah Kasulka as Casey Rance, Brianne Howey as Katherine Rance, Alfonso Herrera as Father Thomas Ortega and Ben Daniels as Father Marcus Keane. Here are some great TV shows like The Exorcist.

is a drama horror television series that aired on A&E for 1 season from March 7, 2016 to May 9, 2016. It was based on the 1976 movie The Omen. The series revolved around the life of Damien Thorn, now an adult and working as a war photographer. Thorn doesn’t remember his Satanic past whatsoever. Damien starred Bradley James as Damien.

is a mystery, horror, fantasy television series that has aired on Fox for 2 seasons, premiering on January 25, 2016. Season 2 premiered on September 19, 2016. The series is based on the character Lucifer Morningstar from DC Comics. The series centers on Lucifer Morningstar, also known as The Devil, who runs a nightclub and helps the Los Angeles Police Department “punish” criminals. Lucifer stars Tom Ellis as Lucifer. This TV show like the Exorcist is a bit more on the comedic side than totally scary, but it’s still a lot of fun to watch!

is a horror drama television series that has aired on A&E for 4 seasons, premiering on March 18, 2013 and is the prequel to the 1960 movie Psycho. The 5th and final season of the series is set to premiere in the spring of 2017. The series focuses on the lives of Norman Bates, who suffers from mental illness and his mother, Norma Bates, who tries to protect her son from himself as well as others. Bates Motel stars Freddie Highmore as Norman and Vera Farmiga as Norma.

is a horror drama television series that has aired on Cinemax for 1 season, premiering on June 3, 2016. The series is based on the comic book series of the same name. It has been renewed for a 2nd season, with no premiere date released as of yet. The series showcases the life of Kyle Barnes, a man who is possessed by a demon. Outcast stars Patrick Fugit as Kyle.

is a supernatural drama horror television series that aired on WE TV for 1 season, premiering on November 27, 2015. The series focused on the life of Maria Abascal and her brother, David Abascal, who are professional demon hunters. South of Hell starred Mena Suvari as Maria and Zachary Booth as David.

Honestly, in my opinion, no show like The Exorcist is going to be quite as terrifying. There’s a reason that story has held up through numerous sequels and reboots over the years! Still, some of these are pretty darn scary! Bates Motel completely freaks me out!