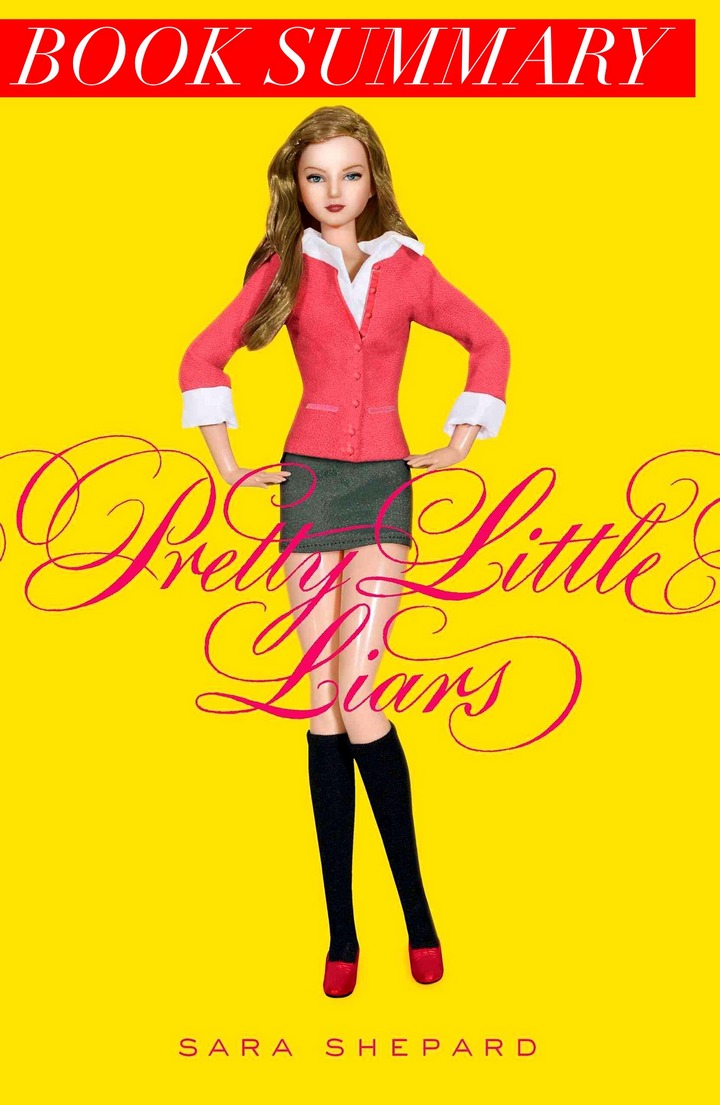 As you may know, the incredibly popular (and oh-so-awesome) Pretty Little Liars TV show was actually based on a series of books by Sara Shepard. The first book was released in October of 2006 and featured Spencer on the cover. While the show and the book series are quite different, they do sort of start out along the same lines. Here is a Pretty Little Liars summary book 1.

The first Pretty Little Liars book introduces the readers to the world of four high school juniors: Spencer, Emily, Hanna and Aria. They all have secrets to hide, secrets they don’t want anyone else to know. For instance, Spencer has the hots for her sister’s boyfriend, Emily likes the new girl at school, Hanna goes to extreme lengths to be beautiful and Aria daydreams about her English teacher.

We get to know the group of five friends, including Alison, the leader of the group who suddenly vanishes. Alison is manipulative, Aria is independent but odd, Emily is a great swimmer who is in love with Alison, Hanna wants to be skinny just like Alison and Spencer is one who has no problem standing up to Alison’s scheming ways. Alison suddenly vanishes one night during a summer slumber party prior to the start of 8th grade.

The story then advances three years, with all four girls doing their own thing in life and not speaking to each other. Aria has come back to town after living with her parents in Iceland for the past three years. She comes back with more confidence and sophistication than before. She meets a guy at the local bar one night and ends up kissing him, only to later discover that he is her English teacher, Ezra. Emily develops feelings for the new girl in school, Maya. Hanna and Mona are popular in school but have a shoplifting habit, even though they can afford to buy whatever they want. Spencer has always tried to be like her older sister Melissa but things take a turn when she has feelings for Melissa’s new beau, Wren.

Throughout the course of the story, each of the four liars receive mysterious messages. These messages threaten to reveal the deep dark secrets of their past as well as their present. The girls think that Alison must be behind this since no one else knows their secrets. However, the girls are shocked when they discover Alison’s body is buried in the gazebo of her former home. The first book ends with everyone gathered at Alison’s funeral. The four liars all receive a text saying the same thing, “I’m still here, b**ches. And I know everything. –A”

Sounds a lot like the pilot episode of Pretty Little Liars TV show, right? Except for the timing- Aria was only gone a year in the show and the girls were in high school when Alison vanished- and a few other little details.

Have you read the books AND watched the TV shows? Do you think we left anything important out of this Pretty Little Liars Book 1 summary? Do you think there are any other major differences between the show and the books? Tell us in the comments!