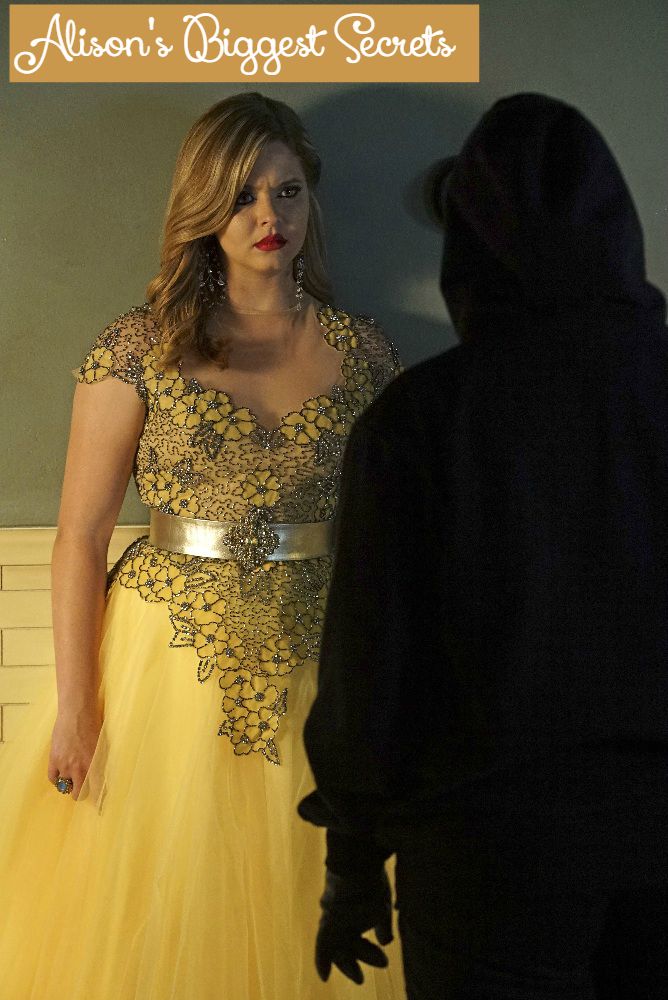 The introduction of the Pretty Little Liars theme ends with the words, “Two can keep a secret if one of them is dead.” However, what happens if one of them is supposedly dead but the secrets get out anyways? Or worse, when that supposedly dead girl returns from the grave? Here are some of Alison’s biggest Pretty Little Liar secrets. Spoiler alert! If you haven’t watched all the seasons, you may not want to read this right now!

Alison has a secret alias known as Vivian Darkbloom- Alison created her alter ego so that she could spy on A, after it was revealed that Alison was one of A’s victims. This is discovered when Aria, Emily, Spencer and Hanna meet at the greenhouse to trap A. Emily meets A with an empty box that is supposed to contain evidence for A. The other three girls could not make it to the greenhouse in time and Emily is attacked by A. When Spencer and Aria do show up, they scare A off but she drops her cell phone. The girls give the phone to Caleb to see if he can decrypt the files. He discovers an image of Alison’s fake ID where she has dark brown hair.

This is a secret all the girls have but was masterminded by Alison. One night, all of the girls were in Emily’s house and Alison was looking at herself in the mirror when she suddenly says that she saw Toby looking in the bedroom window. Later we find out it was a lie, but then, it always is with Alison. Alison claims Toby is a pervert and Aria wants to tell someone what just happened. However, Alison has a better plan. Her plan is to walk next door to Toby’s house and set off a stink bomb in the garage where he spends a lot of time.

The other girls don’t like the idea but Alison convinces them that it is nothing more than a harmless prank to scare him off. She opens the back door of the garage and tosses the stink bomb inside. She tells the others to run but neglects to tell them that she saw Jenna inside the garage. She also didn’t tell them that she used a firecracker instead of a stink bomb. An explosion occurs and they hear Jenna scream from inside the garage. Jenna ends up blind from the explosion. Alison blackmails Toby into confessing it was him that caused the explosion or she will expose the truth about him and Jenna having sex.

What does Alison do when she catches Aria’s dad kissing another woman? Why, she blackmails him, of course!  But she REALLY needed the money, so really, we should totes forgive her, right? I mean, she REALLY needed it!

Off the top of my head, there was Ian, Ezra and a brief fling with Emily. Then that guy who stabbed her when she was on the run. Alison had many affairs, and many of them came back to bite her in some way.

I’d say the fact that she wasn’t dead for years was probably Alison’s biggest secret of all! Alison supposedly died in her back yard. Her mom even buried her! You don’t get much more dead than that! But she made it out alive and went on the run until she could figure out who was after her. Turns out, the very person who helped her leave was the one who she feared the most…back then. Years later, Charles brought a whole new A game to town.

Alison is a girl with many secrets. I can’t wait to see how many more of them come back to bite her when the second part of the 6th season starts back up! These are what I’d call her “biggest secrets” but I’m sure she’ll have more soon!

What do you think are Alison’s biggest secrets on Pretty Little Liars? Tell me in the comments!