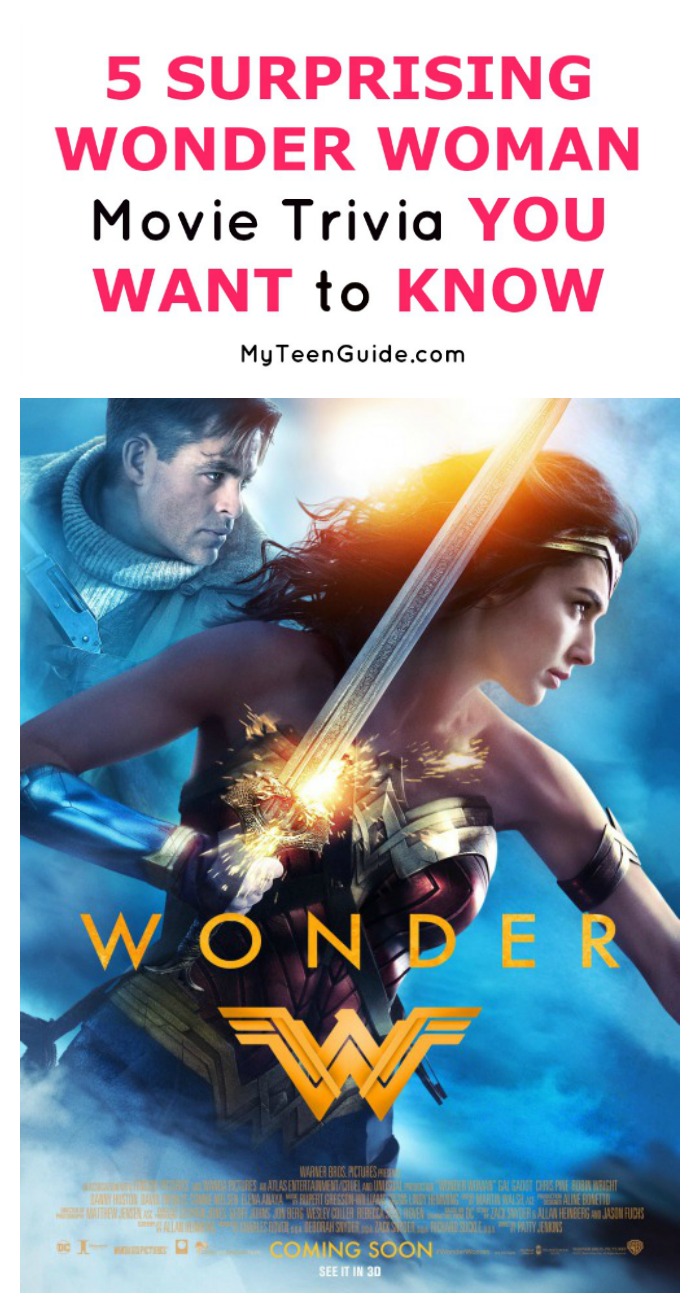 Calling all superhero fans! These are the 5 Wonder Woman movie trivia tidbits you really want to know before you head to theaters to see it! The latest DC Comics hero to get the big screen treatment, Wonder Woman is set to release everywhere on June 2, 2017. We couldn’t be more excited! Wonder Woman isn’t just another superhero movie, it’s an inspiration! Check out some of our favorite trivia about the movie and its cast members.

1. Wonder Woman will be the 3rd comic book movie for Danny Huston, who plays the role of General Erich Ludendorff. Huston also played the role of Marlow in the 2007 movie, 30 Days of Night and the role of Colonel William Stryker in the 2009 movie, X-Men Origins: Wolverine.

#WonderWoman is inspiring artists around the world! Submit your #FanArtFriday pieces at http://artofwonderwoman.com

2. Patty Jenkins is the director of Wonder Woman, who also directed the 2003 movie Monster and the 2011 television movie Five. In addition, Jenkins has directed several TV series episodes including season 2, episode 2 of Arrested Development and season 3, episodes 5 and 8 of Entourage.

3. Before Gal Gadot was cast in the role of Diana Prince/Wonder Woman, Cobie Smulders was considered for the role. Smulders ultimately ended up voicing the role of Wonder Woman in the 2014 movie, The Lego Movie.

We’ve teamed up with @omazeworld to give YOU the chance to meet Chris Pine at the #WonderWoman premiere! Take a red carpet pic with Chris, attend the after-party, and MORE. It’s all to help the incredible work of Providence Saint Joseph Medical Center. Go to omaze.com/wonderwoman now – flights and hotel included! http://bit.ly/Chris-Pine-Wonder-Woman

5. Lynda Carter was supposed to have a cameo appearance in the movie, but because of scheduling conflicts, the cameo was never filmed. Carter played the role of Diana Prince/Wonder Woman in the popular television series, from 1975 to 1979. Currently, Carter is touring on the road with her one-woman cabaret show, Lynda Carter: The Other Side of Trouble.

I am really looking forward to seeing Wonder Woman! I love origin stories, they really give you a change to bond with superheroes and understand what drives them.

Are you seeing this one in theaters? Have you heard any other interesting Wonder Woman movie trivia? Share below!