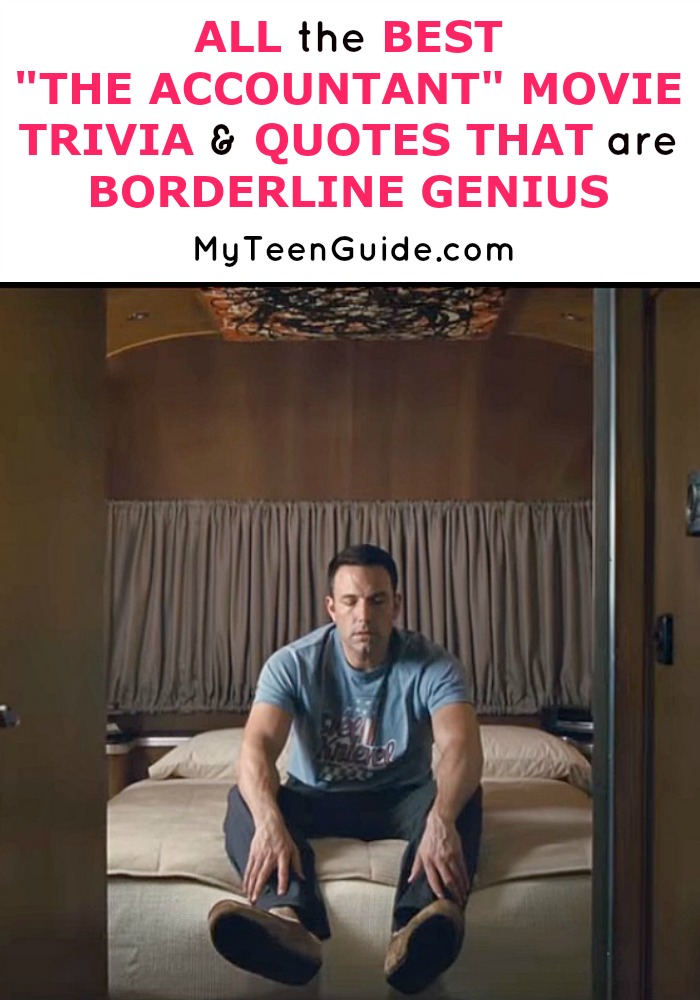 Big accounts, dangerous clients and all The Accountant movie trivia plus quotes from the movie give you a sneak peek. TBO, I wasn’t real excited about this movie at first until I saw the trailer. Ben Affleck not only seems to be killing it with all the obsessive compulsive ticks this character has, plus this guy is cooking the books for some big time criminals. Check out the trailer and the inside look at the movie trivia and quotes for The Accountant below!

The Accountant is an upcoming action thriller movie that is due to hit theaters on October 14, 2016. It is about Christian Wolff, a forensic accountant who works for illicit clients. The movie stars Ben Affleck as Christian Wolff. Here are some trivia and quotes from The Accountant that you will love.

Conversation between the neurologist and Christian’s father, regarding Christian:

Neurologist- “Your son is a remarkable young man; he has highly advanced cognitive skills. He has more in common with Einstein or Mozart than he does with us. I’d like to work with your son, help him develop the skills he’ll need to lead a full life.”

Christian’s father- “It’s not going to happen. The world is not a friendly place and that’s where he needs to learn to live.”

Dana- “How did you get into financial consulting? My dad was an accountant. You know, had had the whole shtick, the dorky pocket protector.”

Chris- “I have a pocket protector.”

Christian- “Some of my clients are quite dangerous.”

Dana- “Why would your clients follow you, you’re an accountant!”

So are you looking forward to seeing this movie? Tell me your favorite movie quote or bit of trivia from The Accountant down in the comments!