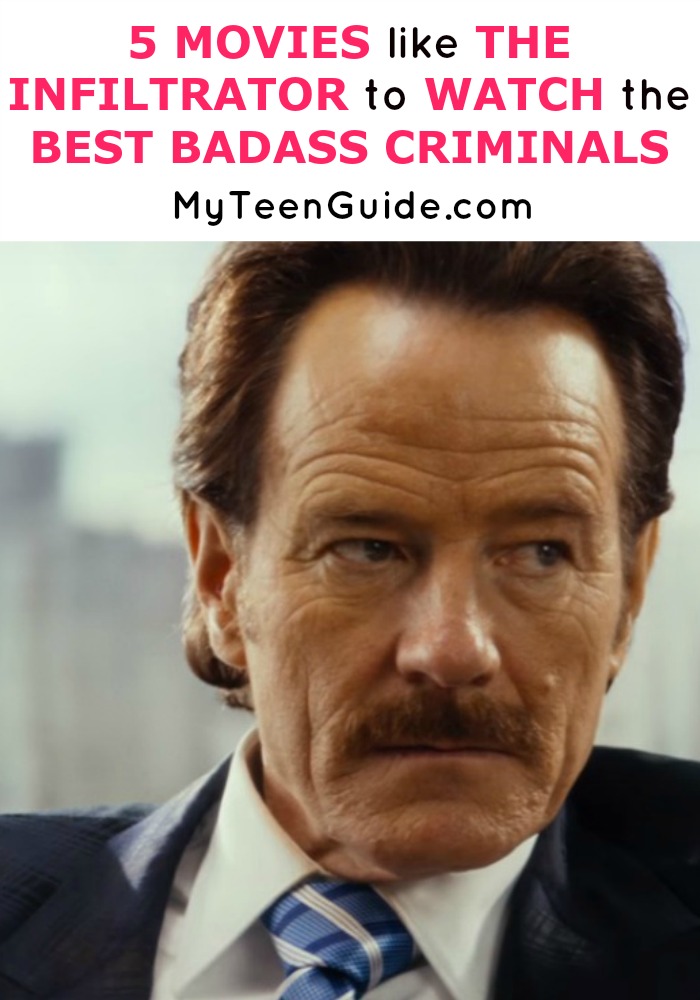 Some of the biggest criminal busts in history can be found in this list of movies like the Infiltrator. Drug lords, King Pins, and money launderers all have one thing in common. Ok besides they are super badass, they are also fascinating to watch! The new movie The Infiltrator stars the same actor who played Walter White in Breaking Bad, so all of you fans need to check out his latest flick. Then check out all the details about some other killer movies to watch!

5 Movies Like The Infiltrator To Watch The Best Badass Criminals

The Infiltrator is a 2016 crime drama movie that is based on the real-life story of Robert Mazur, a former United States Customs Special Agent who went undercover to take down the biggest money-laundering organization. The movie stars Bryan Cranston as Robert Mazur. Here are some other awesome movies like The Infiltrator.

The critically-acclaimed #TheInfiltrator is now available to pre-order now on @itunes!#linkinbio

Blow is a 2001 biographical crime movie that details the life of George Jung, a cocaine smuggler. It is adapted from the 1993 book titled Blow: How a Small Town Boy Made $100 million with the Medellin Cocaine Cartel and Lost It All written by Bruce Porter. Blow stars Johnny Depp as George Jung.

Related: 5 Clever TV Shows Like Prison Break That Will Have You On Lockdown

Snitch is a 2013 crime drama movie that stars Dwayne Johnson as John Matthews, a construction worker who goes undercover for the DEA when his son Jason Collins is sent to prison after being set up in a sting operation. Snitch also stars Rafi Gavron as Jason Collins.

So which of these crime lord movies like the Infiltrator are you going to watch? I want to know down in the comments!