If you love TV shows like Salvation, you’re in for a real treat today!

I love apocalyptic movies and TV shows,  and one of my favorite new shows about a dreary, dreadful and imminent end of the world is Salvation.

For those unfamiliar with this amazing TV show, Salvation is like Melancholy on steroids.

Instead of dealing with people’s emotions as they accept that the world is about to end like Von Trier does in his masterpiece, Salvation follows the fight of government officials to try and avoid the world-ending disaster.

Of course, Salvation is not the first nor the last show to deal with apocalyptic events. Here are my top choices of TV shows like Salvation that you may want to check out. 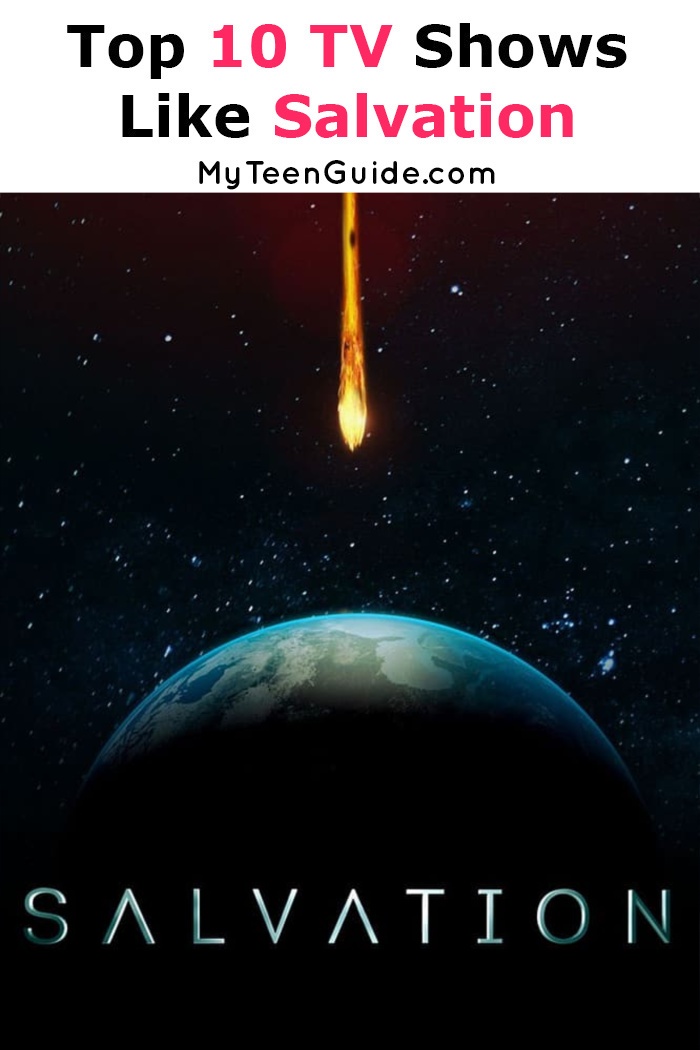 1. You, Me and the Apocalypse

Let’s ease into it, shall we? This unique apocalyptic comedy is actually a mini-series, with just one hilarious season.

2. The Last Man on Earth

This is another memorable comedy with an apocalyptic theme that keeps the end of the world in a light view.

Ok, no more giggles, time to get serious.

What if you went home to a family you left behind years ago, only to arrive just in time to witness a nuclear explosion?

This show is a bit different from the rest on my list because it puts romance as one of its main motifs.

Falling Skies, which ended in 2015, was one of the most popular “alien apocalypse” shows for a good reason: it’s an incredible show about hope, survival, and family ties.

Those of you who saw the famous movie with Bruce Willis in the main role will certainly love this TV show as well.

This is another time-traveling saga on my list and it is definitely one of the best shows that deal with that topic.

Once again the aliens are the main threat to humankind.

This list would not be complete without at least one good zombie apocalypse. The Walking Dead is such a popular show that you probably already watch it, but in case that you missed it, now is as good time as any to start watching it.

I hope that you liked my choices and that you will check out some of these amazing TV shows that are pretty similar to Salvation. If you have any other suggestions you would like to share with us, don’t hesitate to leave a comment!