In the mood for a good whodunit? We’ve got you covered with these 10 best mystery shows on Amazon Prime! Check them out! 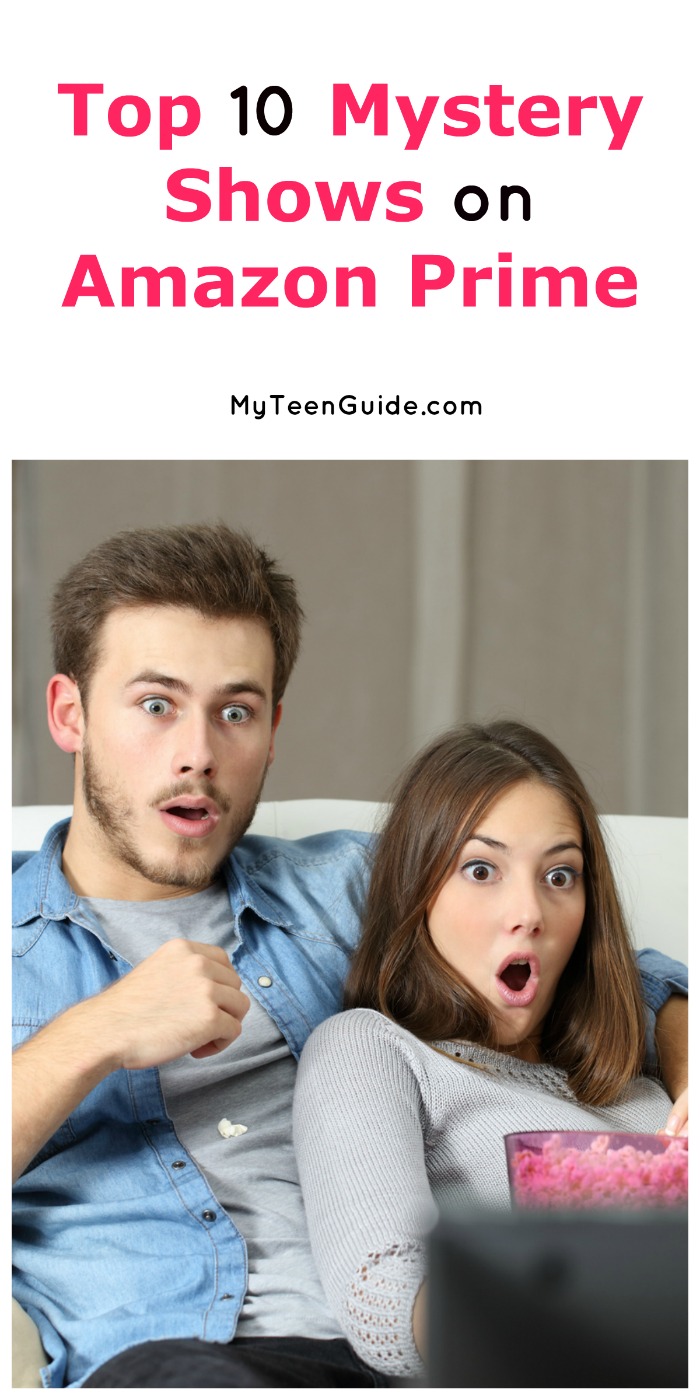 Mystery television shows range from thrillers to crime stories to whodunits, and Amazon is the perfect place to find a little of each! Whether you’re in the mood to play sleuth and try to solve the mystery before the characters, or just want a good psychological thriller, you’ll find it with your Prime Video membership!  Here are some of the best mystery TV shows you can watch now on Amazon Prime.

Love Sc-Fi? Read this ► 7 Best Amazon Prime Sci-Fi TV Shows That Will Make You Say What???

Beyond is a sci-fi drama television series that premiered on Freeform on January 1, 2017. Holden Matthews wakes up after being in a coma for 12 years, to find out he has new abilities and sets out to find out why he ended up in a coma in the first place. Beyond stars Burkely Duffield.

is a detective drama television series that was inspired by a series of 8 books by Michael Connelly. It is an Amazon Original that has aired for 3 seasons so far and premiered on February 13, 2015. The series focuses on Harry Bosch, a Los Angeles Police Department Homicide Detective. Bosch stars Titus Welliver.

Endeavour is a British detective drama television series that is the prequel to the television series, of the same name, that aired from 1987 to 2000. The series showcases Endeavour Morse, who career began as a Detective Constable with the Criminal Investigation Department of the Oxford City Police Department. It has aired for 4 seasons so far, premiering on January 12, 2012. The series stars Shaun Evans.

is a British television series that features drama, horror, mystery, sci-fi and thriller. It has aired for 2 seasons so far, premiering on January 29, 2015. The series takes place in the fictional Arctic Norway town of Fortitude, which has never had a single crime until now.

is a British drama television series that is based on the series of 6 books that are part of The Grantchester Mysteries, by James Runcie. Grantchester has aired for 3 seasons so far, premiering on October 6, 2014. Sidney Chambers, an Anglican priest/part-time sleuth and Geordie Keating, a Detective Inspector, team up together to solve crimes. The series stars James Norton and Robson Green.

is a British crime, drama, mystery, television series that has aired for 19 seasons so far, premiering on March 23, 1997. The series is based on a set of 6 books that are part of the Inspector Barnaby series, by Caroline Graham. It focuses on the life of Detective Chief Inspector, John Barnaby, who is employed with the Causton Criminal Investigation Department in England. Midsomer Murders stars Neil Dudgeon.

The Kettering Incident is an Australian drama, thriller television series that has aired for 1 season so far, premiering on July 4, 2016. Dr. Anna Macy from the town of Kettering, Australia, uncovers secrets about the disappearance of her best friend 15 years earlier and the recent disappearance of a local girl. The series stars Elizabeth Debicki.

The Loch is a British crime, drama miniseries that premiered on June 11, 2017. It focuses on Annie Redford, a Detective Sergeant with the Scottish Highland Police Department in Scotland, as she investigates serial killings. The Loch stars Laura Fraser.

What are your favorite mysteries on Amazon Prime? Tell us below!