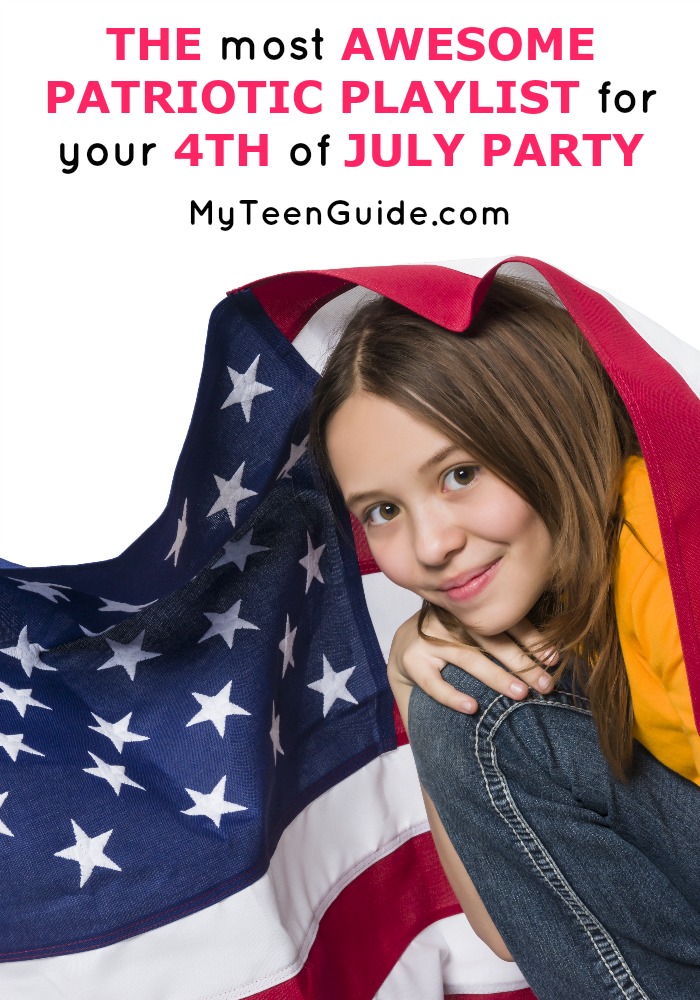 I thought I had my plans finished for my 4th of July party, but I felt like I was still missing something. I have my BBQ ready, my party invites sent online, and found some glow party ideas that my friends are going to love. Then it hit me, music is essential to any party! I started digging up my favorite patriotic songs and I took a trip down memory lane that had me wanting to stand up and cheer for America. These songs need to be on your party playlist, because when they hit the floor everyone starts singing along! Check out my list of awesome songs to make the best patriotic playlist for  your 4th of July party.

The Most Awesome Patriotic Playlist for Your 4th Of July Party

Born In The USA

Born in the USA is a 1984 song by Bruce Springsteen. The song depicts the Vietnam War’s negative effects, including how veterans were treated upon their return home from the war. Lyrics- “I had a brother at Khe Sahn, fighting off the Viet Cong. They’re still there, he’s all gone.” While the lyrics are a bit sad, the beat pops in this patriotic song. I think everyone should belt out “Born In The USA” at least once on the 4th of July. I’ll be singing this song at the top of my lungs during one of the summer party games  I have planned!

God Bless the USA is a 1983 song by Lee Greenwood. The song became popular a year later when it was played at the Republican National Convention and then gained popularity again during Desert Storm in 1991. Lyrics- “And I’m proud to be an American where at least I know I’m free. And I won’t forget the men who died, who gave that right to me.” I think this song has been played at every 4th of July party since the eighties. You might even find yourself with a tiny *tear* down your cheek because this song is that epic.

“It’s America” is a 2008 song by Rodney Atkins. The song is about being proud to live in the U.S. and showcases a variety of American references like a lemonade stand, a man on the moon and a farmer cutting hay. Lyrics- “It’s a man on the moon and fireflies in June and kids selling lemonade. It’s cities and farms; it’s open arms, one nation under God. It’s America!” This is such a feel good song, even those who don’t like country music will be singing along.

Born Free is a 2010 song by Kid Rock. The song was used in 2011/2012 as Mitt Romney’s campaign theme song when he was running in the 2012 election for President of the United States. Lyrics- “Young, like a new moon, rising. Fierce, through the rain and lightning. Wandering out into this great unknown.” This is one of those songs you sing at the top of your lungs in the car with the windows rolled down.

Related:  7 Outrageously Fun Pool Party Ideas For When You Have No Chill

American Soldier is a 2003 song by Toby Keith. Toby Keith is a strong supporter of the military and has released several other patriotic songs including Courtesy of the Red, White, and Blue in 2001, American Ride in 2009 and Made in America in 2011. Lyrics- “Beside my brothers and my sisters I will proudly take a stand when liberty’s in jeopardy I will always do what’s right, I’m out here on the front lines. Sleep in peace tonight.”

-Citizen Soldier is a 2007 song by 3 Doors Down. The song was part of a recruitment campaign for the United States National Guard. Lyrics- “Citizen soldiers holding the light for the ones that we guide from the dark of despair. Standing on guard for the ones that we sheltered. We’ll always be ready because we will always be there.” This song is just amazing. I love rock music!