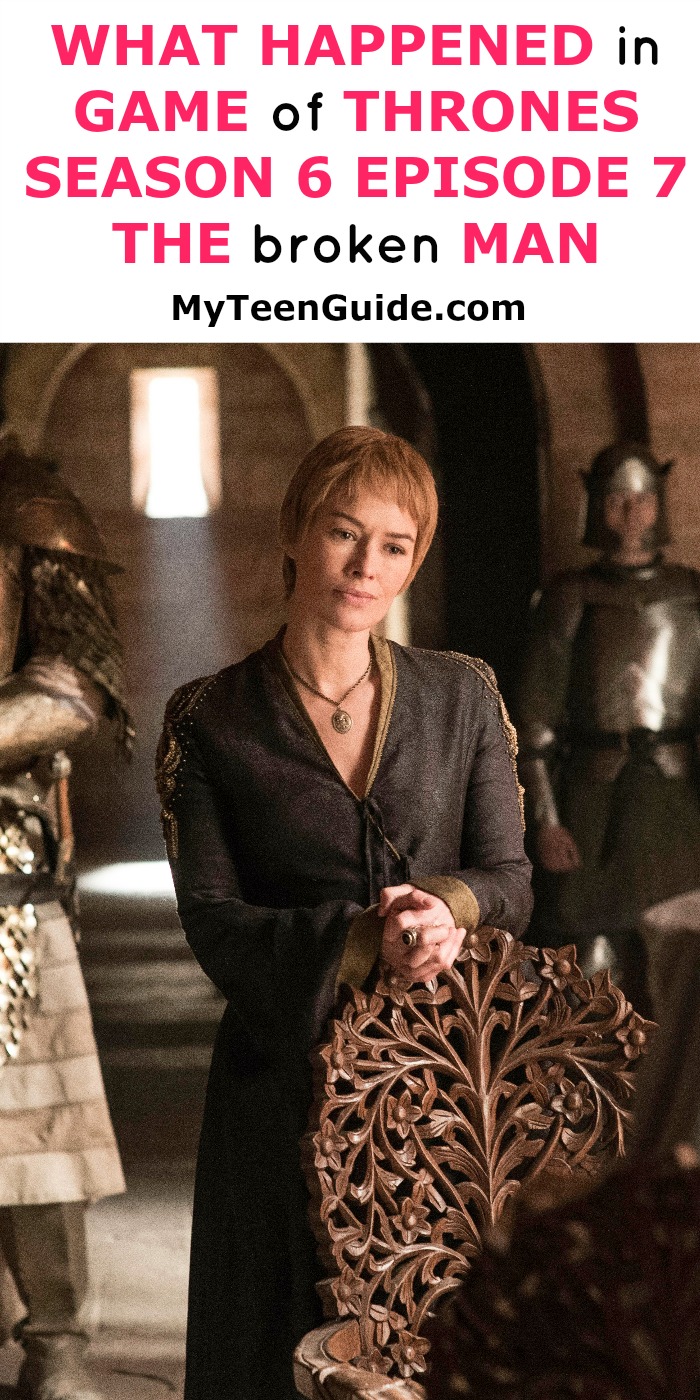 What Happened In Game Of Thrones Season 6 Episode 7 Recap: “The Broken Man”

The Hound is alive and back for vengeance! The episode begins with viewing a group of people building some sort of structure and just before the title credits one of them turns around and ends up being the hound.

In King’s Landing, Margaery is reading about the gods when the High Sparrow arrives. The two start discussing theology for a brief a moment before they start discussing Margaery’s personal life. For now, Margaery is doing a fantastic of convincing the queen of her piety, mostly for now as a way to stay alive. Cersei approaches Olenna to try to convince her to fight against the High Sparrow. Olenna gives a harsh response ending with saying Cersei has lost and that she is leaving King’s Landing.

Related: What Happened In Game Of Thrones Season 6 Episode 4 “The Book Of Stranger”

Jon Snow has some disagreements with a few of the Wildlings as a few of them disagree with fighting for Jon at Winterfell. After some time and a strong show of support from Tormund, they seem to change their minds and agree to fight alongside Jon.

Jamie and Flynn head with an army to reclaim the Riverlands. At the castle, there is a brief standoff that doesn’t really go as planned by the Frey’s army. Jamie establishes his dominance immediately with the present army attempting to claim the castle. Not long after, his army has set up camp while Jamie meets with Brynden, who currently has command of the castle. Jamie works to negotiate Brynden to surrender the castle although he refuses.

What did you think about this episode?

Jon Snow approaches the Bear Island asking for house Mormont support in fighting against Ramsey. Maege, Lady of Bear Island, with her young and snappy attitude refuses at first to support but after Davos spoke with her bringing up the White Walkers, she changes her mind and decides to lend support, although only 62 men. Jon continues to seek other houses to fight alongside him and gains no success with House Glover. At the camp, there is hostility between the wildlings and some of those from the south. Sansa sends a letter in secret from Jon.

Theon and his sister take a pit stop at a brothel while on the run from their uncle. The discussion gets real when she tells Theon to pull himself together. She then reveals they are going to sail to Meereen and pledge allegiance to Daenerys.

The hound listens to the man who rescued him talk about his prior experiences when men on horseback arrive asking about the group. The hound continues to help out, cutting the wood.

In Braavos, Arya books passage back to Westeros. She is ambushed and repeatedly stabbed by The Waif before breaking away and fleeing into the water. We thought this might happen after last week’s episode 6. Arya manages to live, although is very injured and bleeding as she walks through Braavos.

A photo posted by Virginia Maria Pavone (@virginiamariapavone) on Jun 6, 2016 at 4:05am PDT

The group The Hound was staying with is ambushed and are all murdered.

Check out this great video I found that has more inside info about The Hound’s character, and the latest developments this episode!

That’s a wrap for this week! Were you surprised to see the Hound make a vengeful return? Tell us all your thoughts about what happened in Game Of Thrones Season 6 Episode 7 recap down in the comments!