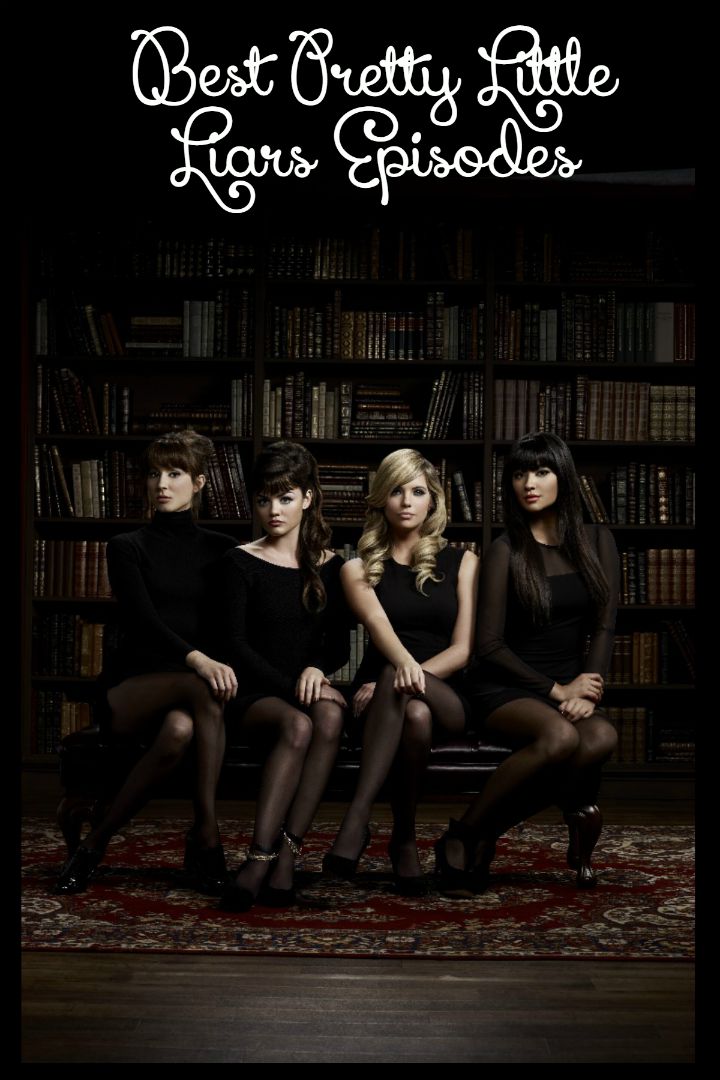 MAJOR SPOILERS ALERT– This post contains detailed information about episodes from all seasons, including the very last episode aired that finally told us who A really is.

For Whom the Bell Tolls- Season 1, Episode 22– Spencer purchases a prepaid cell phone to notify Ian that they have the video and to show up with $10,000 at the park. Aria’s mother has a gathering at her home for the teachers and Aria is stunned when she sees Ezra’s ex there. It is revealed that Jenna has been seeing Garrett and she worries about the tape of her and Toby being made public. Melissa and Spencer try and located Melissa’s lost cell phone but get into a car accident, putting the life of Melissa’s unborn baby at risk. Spencer is at the church trying to locate the cell phone when she sees Ian, who tries to chase Spencer until a hooded figure pushes Ian, causing him to fall to his death. However, when the police show up, Ian’s body is missing.

Related: What You Need to Know About the First Season of Pretty Little Liars

If These Dolls Could Talk- Season 2, Episode 24– Spencer has a dream about Alison who was looking for pain meds and tells her not to miss what is right in front of her. When Spencer wakes up, the side door is open and there are two pill bottles. Maya is angry with Emily for ratting her whereabouts out to her parents. Jenna removes the covering from her eye and realizes the surgery didn’t work. A sends a message to Mona telling her she needs to split up Hanna and Caleb or she will be a loser once again. The girls visit the doll store in Brookhaven, the meeting spot of Alison and A. Spencer reveals to the girls that Jason is her brother. Jenna reveals a missing page from Alison’s autopsy report that she got from Garrett. While still at the doll store, they find out the owner lied about selling voodoo dolls. The lights turn off and one of the doll’s starts to talk. As they leave, items in the store start crashing all over the place. Garrett is arrested for the murder of Alison.

A is for Answers- Season 4, Episode 24- The Liars finally find out what happened the night of Alison’s disappearance. They listen to Alison as she tells them what happened from her perspective. They discover that Alison copied videos from Ian’s computer when they went away for a weekend in Hilton Head. They also learn that Alison and Ezra met in a bar by pretending to be roommates with CeCe. She also tells the girls about the night she went home, heard her mother gasp and was then hit with a rock. When she came to, her mother was burying her alive. The girls are attached in the coffee shop by A, as they try and escape to the roof. They are surprised to see Ezra as he battles with A and gets shot in the abdomen. A escapes and the girls are upset when they find Ezra has been shot.

Game Over, Charles- Season 6, Episode 10-  Couldn’t leave this one off the list, now could we? In the last episode before the season six fall hiatus, we FINALLY learned the identity of A. Wow, was it a shock. Well, not really. I mean, I suspected that it was CC for a long time, just not that CC was once Charles, who became Charlotte. Well played, Marlene! Throughout the entire episode, the Liars look on as Charles/Charlotte/CC reveals to Alison what really happened to her throughout her life. How she never tried to hurt Alison, how she just wanted to be close to her. How she wanted to punish the Liars for not being good friends after Alison died. Then, when Alison returned, how she just got addicted to the game. It was touching, sure, but honestly, I was a little like ” are you KIDDING ME?” when the Liars were all “oh Charlotte, it’s okay, we understand why you did it” Guess I don’t have as much empathy for sociopaths as our beloved Liars do. Of course, by this point, they’re totally desensitized to psychotic people. Just look at how forgiving Hanna eventually was of Mona after she ran her down with a car. Then again, Hanna’s broken leg did heal remarkably fast, even for a TV show, so I guess it’s all good!

There you have it! Our top 5 picks for the best Pretty Little Liars episodes. Believe me, it wasn’t easy choosing! With well over 100 episodes to choose from, there were plenty of awesome episodes over the last 5+ seasons.