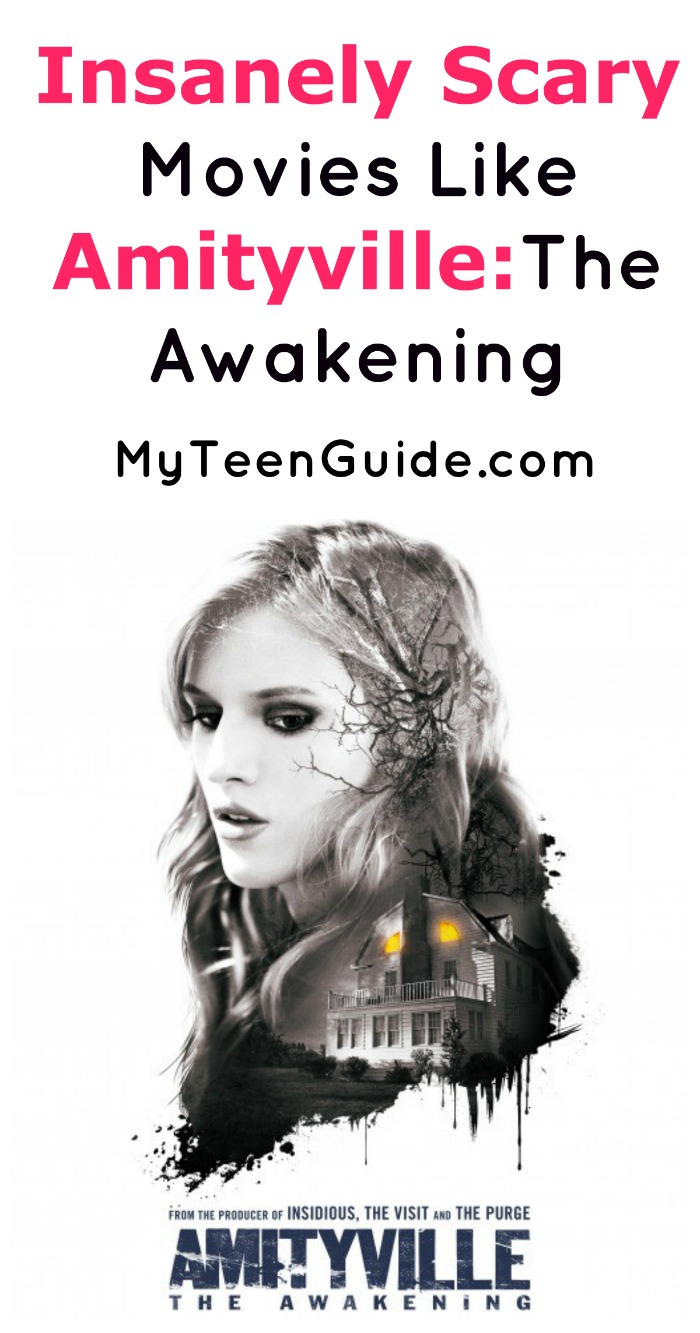 Looking for more movies like Amityville: The Awakening?I have a few that will make you sleep with the lights on! I am a huge fan of ghost stories. I’ve never been into gore-fest type flicks, but there’s just something about a haunted house tale that makes it super hard for me to sleep after watching them! Maybe because the unseen is way creepier than a monster you can actually see? Whatever the reason, I watch just about all the scary ghost movies I can find!

Amityville: The Awakening is an upcoming supernatural horror movie that will be in theaters on January 6, 2017. It is the story of Joan, a single mother and her 3 children, who move to a new home for a fresh start. But not long after moving in, strange things begin to happen in the house. Here are some awesome movies like Amityville: The Awakening.

An American Haunting is a 2005 horror movie that is based on the 1997 book titled The Bell Witch: An American Haunting by Brent Monahan. The movie and the book are based on the real-life Bell Witch, a supernatural legend that centered on the Bell family in 1817, living in Adams, Tennessee. Betsy Bell was the youngest daughter of John and Lucy Bell. When her parents noticed a change in her behavior, they are convinced she has been cursed by a witch named Kate Batts. An American Haunting stars Donald Sutherland as John, Sissy Spacek as Lucy, Rachel Hurd-Wood as Betsy and Gaye Brown as Kate.

The Haunting in Connecticut

The Haunting in Connecticut is a 2009 psychological horror movie that is said to be based on the 1992 book titled In a Dark Place: The Story of a True Haunting by Ray Garton. The movie centers on Peter and Sara Campbell, who move to a new home to lessen the travel strains on Matthew Campbell, who is stricken with cancer. Soon after the family moves into the home, which used to be a morgue, they uncover the sinister history of the home, after experiencing a supernatural entity in the home. The Haunting in Connecticut stars Martin Donovan as Peter, Virginia Madsen as Sara and Kyle Gallner as Matthew.

The Girl Next Door

The Girl Next Door is a 2007 horror movie that is adapted from the 1989 book of the same name by Jack Ketchum. It is also loosely based on the 1965 murder of 16-year-old Silvia Likens at the hands of Gertrude Baniszewski. The movie focuses on Meg Loughlin and her sister Susan, who are sent to live with their aunt Ruth Chandler after their parents are killed in a car accident. Ruth lives with her three sons: Willie, Donny and Ralphie. Meg becomes the target of Ruth and her sons horrific abuse and torture. The Girl Next Door stars Blythe Auffarth as Meg, Madeline Taylor as Susan, Blanche Baker as Ruth, Graham Patrick Martin as Willie, Benjamin Ross Kaplan as Donny and Austin Williams as Ralphie.

The Babadook is a 2014 psychological horror movie that is based on the 2005 short film Monster by Jennifer Kent. The movie showcases Amelia Vanek, a widow who is raising her young son, Samuel. Samuel begins to fear there is an evil monster in their home, known as Mister Babadook. Amelia soon discover something sinister may be lurking in their home. The Babadook stars Essie Davis as Amelia and Noah Wiseman as Samuel.

Scariest movie ever! The Conjuring is a 2013 supernatural horror movie that is the 1st movie in the series, with the sequel The Conjuring 2 being released on June 7, 2016. The movie focuses on Ed and Lorraine Warren, famed paranormal investigators, who work with the Perron family, who believe their Rhode Island farmhouse is haunted by a dark presence that is terrorizing their family. The Conjuring stars Patrick Wilson as Ed and Vera Farmiga as Lorraine.

Have you seen any of these scary movies like Amityville: The Awakening? What are your favorite ghost story films? Share in the comments!