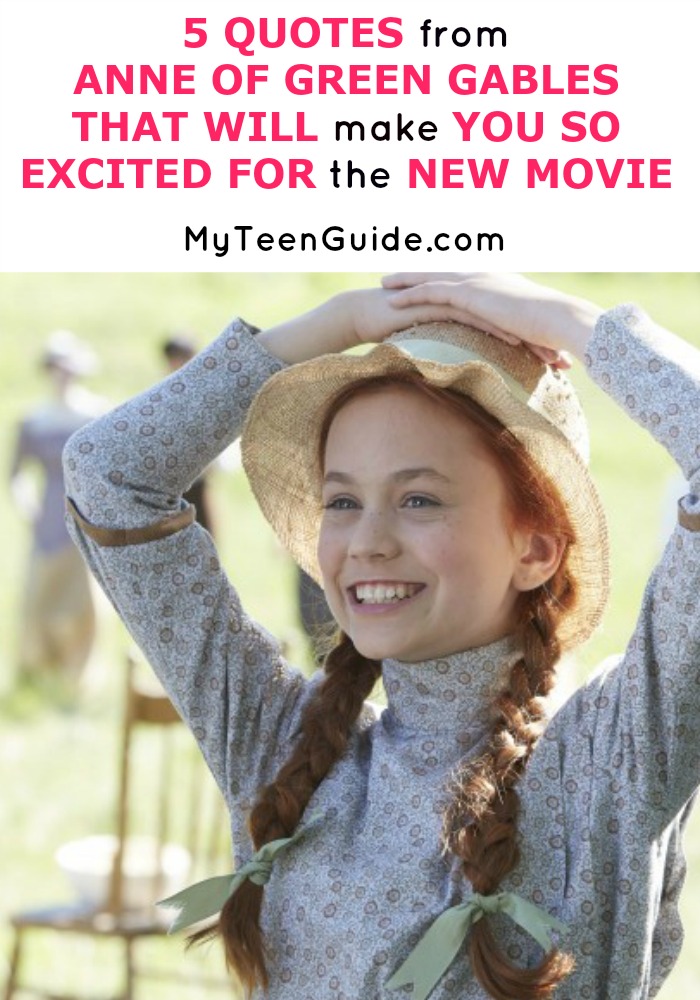 Anne of Green Gables is a classic series that has been around in many different formats such as movies, books and even as a stage show. If you are a fan of this series, you might find yourself dreaming of being a spunky and talkative girl who can take on the world. In the original series, Anne was an orphan who was mistakenly sent to the wrong home, a dreamy farmhouse on Prince Edward Island in the old-fashioned town of Avonlea that has oh so much charm it almost hurts! Check out below more about the upcoming PBS Anne Of Green Gables movie, along with more info about the series. Don’t miss the quotes at the end, some of them just sweep me away to this magical old-fashioned world. I can be spunky like Anne, right?

Related –>All The Facts About The Light Between Oceans Movie

This Thanksgiving, which is November 24, 2016, PBS will air the Anne of Green Gables movie, based on the 1908 book of the same name by Lucy Maud Montgomery. The PBS movie will star Ella Ballentine as Anne Shirley, Martin Sheen as Matthew Cuthbert and Sara Botsford as Marilla Cuthbert. The movie was first produced in Canada and aired in Canada back on February 15, 2016.

This PBS movie tells the story of Anne Shirley, an active 11-year-old girl who is an orphan. She is sent to live with Matthew and Marilla Cuthbert. However, the Cuthbert’s wanted to adopt a boy so he could help with chores around their farm. Now, Anne has to learn to navigate through her new home and new surroundings.

I love movie, television and book quotes so here are some quotes from the 1908 book and the 1985 television movie.

Anne- “But am I talking too much? People are always telling me I do. Would you rather I didn’t talk? If you say so I’ll stop. I can STOP when I make up my mind to it, although it’s difficult.”

Anne- “Isn’t it good just to be alive on a day like this? I pity the people who aren’t born yet for missing it. They may have good days, of course, but they can never have this one.” 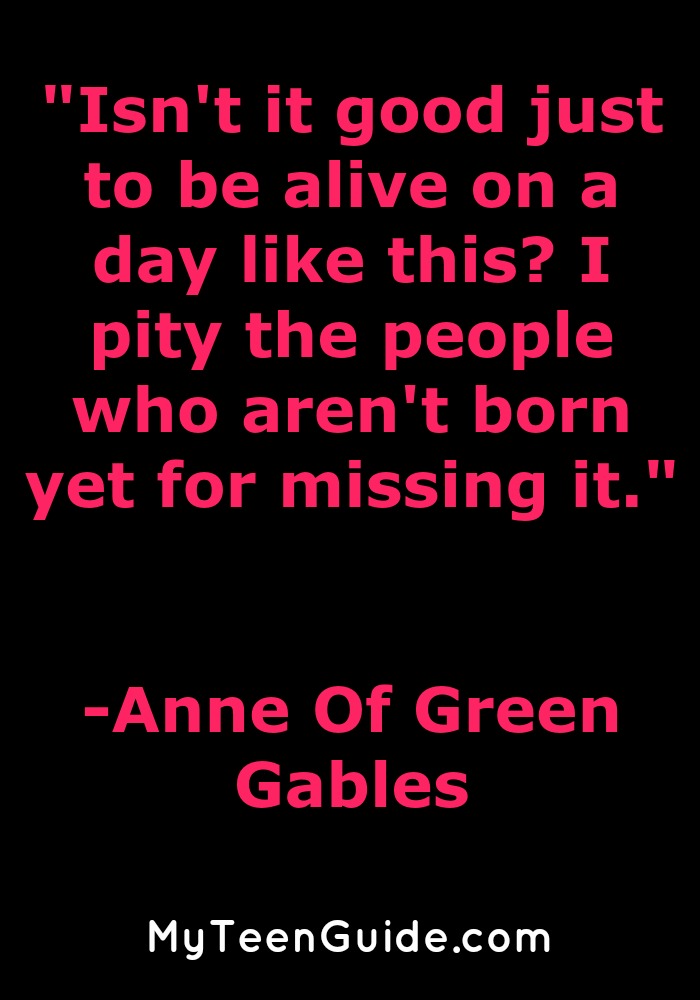 Anne- “I’m so glad I live in a world where there are Octobers. It would be terrible if we just skipped from September to November, wouldn’t it? Look at these maple branches. Don’t they give you a thrill—several thrills? I’m going to decorate my room with them.”

Anne- “Can’t you even imagine you’re in the depths of despair?”

Marilla- “No I cannot. To despair is to turn your back on God.”

Diana- “I wish I were rich, and I could spend the whole summer at a hotel, eating ice cream and chicken salad.”

Anne- “You know something, Diana? We are rich. We have sixteen years to our credit, and we both have wonderful imaginations. We should be as happy as queens.”

So are you excited for the new Anne of Green Gables movie? Tell me all about your dreamy love (or not!) for this series!